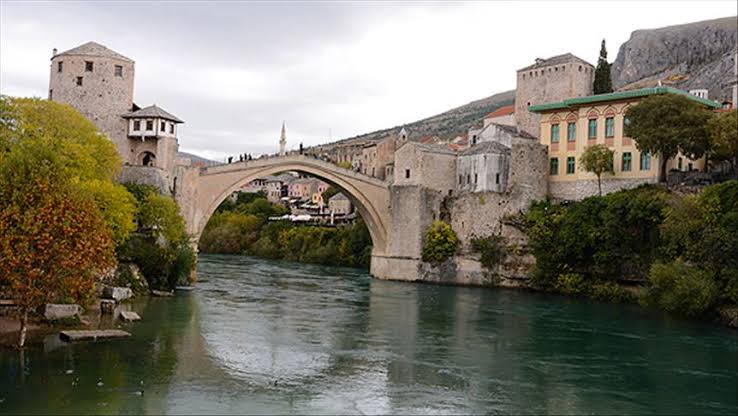 Bosniak and Croat leaders signed an agreement on Wednesday in war-torn historic Bosnian city of Mostar which aims to end 12 years old local elections deadlock in the city.

“We believe that we provided equality between the ethnic groups. Even minority Serbs would gain strong position provided by this agreement,” said Bakir Izzetbegovic, former member of Bosnia’s tripartite presidency and the leader of largest Bosniak party, SDA. The agreement has been signed by Izzetbegovic and Croat leader Drogan Covic.

Muslim Bosniaks were absolute majority in the southern city of Mostar before the 1992-1995 war but due to Bosniak exodus from the city during the war, population has been evened out since. Croats have been rejecting a single municipal administration in the city which would put the mayorship in the hands of Bosniaks whom still hold slight majority over Croats. The city was divided into 6 municipalities after the war but the High Representative office turned the city into a single municipal administration to put an end to ever-ending ethnic divisions. Last time local elections have been held in the city was in 2008. Since Croats never approved the new system, no elections could be held in Mostar for more than 12 years.

Under the new agreement, Croats have conceded to a proportional representation which will enable each member of the city council to be elected by equal numbers of votes. Voter will decide the 35 members of the council whom will later elect the mayor.

The city aims to hold the local elections on November 15th if the state parliament approves the agreement in 15 days.

Current mayor Ljubo Beslic was appointed by the city council after the elections in 2004. He was reappointed in 2008 to a second four year term by the city council. Beslic’s democratic mandate expired in 2012 bur he has been remaining in office on a “technical mandate” as “interim mayor” until fresh elections are held.

European Union And Turkish Foreign Ministry released statements following the agreement hailing the long-awaited deal. “This development is important in terms of the functionality of democratic institutions in Bosnia and Herzegovina and the perpetuation of stability and democratic processes in the Balkans,” Turkish Foreign Ministry statement said.