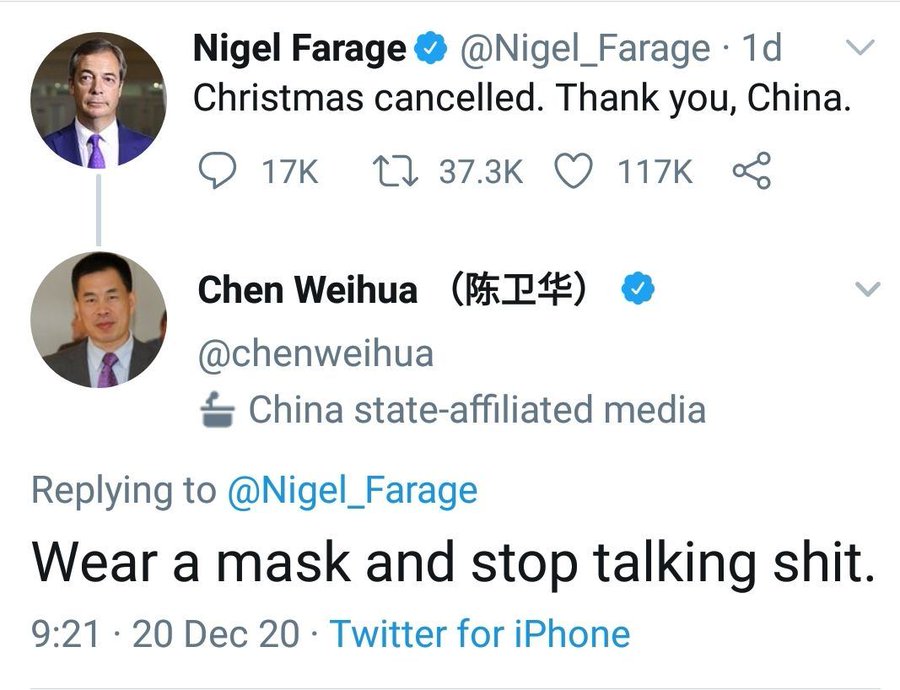 It has been one year since the first Covid-19 case was discovered in Wuhan, China. Since then, more than 70 million people tested positive and almost 2 million people died. The number of cases and fatalities are expected to rise in upcoming months though some effective vaccines have been developed.

While China is the source of the pandemic, it is the only country living in comfort nowadays. People do not wear masks and continue their ordinary lives. News reports show that Chinese people live as if there was no pandemic. Conversely, streets of western cities are either empty or full of people protesting curfews.

Analysts say that although China is responsible for the pandemic, they do not apologize to the world and even react to accusations. What is more, they have turned it into a commercial revenue by selling vaccines to the world. Those people blaming China argue that all countries must sue China or at least diminish their commercial transactions with China. Yet, some pundits are desperate about anti-China measures, claiming that the Chinese will go unpunished.

Istanbul-Tehran-Islamabad Railway to Change the Course of Intercontinental Trade
Erdogan: Turkey never shies away from exercising its sovereign rights