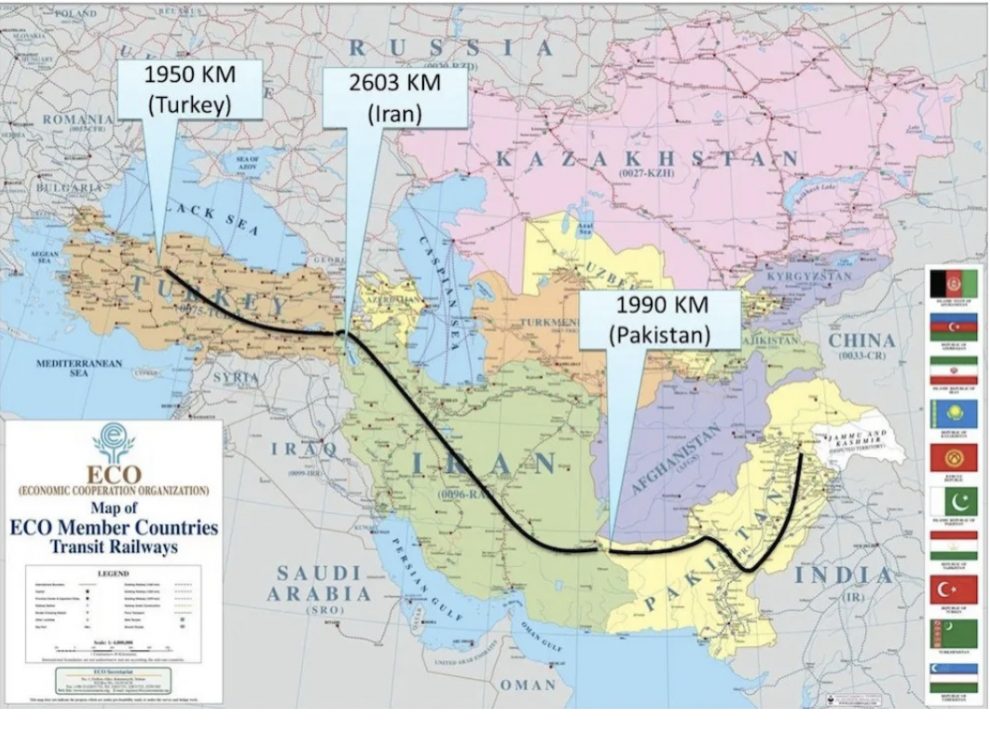 6 thousand 650 kilometer long Istanbul-Tehran-Islamabad (ITI)freight line will become commercially operational in early 2021 Turkey’s Transport Minister, Adil Karaismailoğlu, said after the 10th edition of the Economic Cooperation Organization’s (ECO) Transport and Communications Ministers Meeting in Istanbul. The intercontinental freight line will reduce the length of the cargo transportation to just 11 days from the current journey duration of 45 days from Europe to Pakistan.

The trial run of the ITI train was launched in 2009 as a project under the Economic Cooperation Organization (ECO) – 10-member Asian trade bloc. The rail route has been recognized by the UN as an international corridor between Turkey, Iran and Pakistan. However, the railway could also connect the world’s third largest economic bloc, the European Union, to the deep inside of Asia and eventually to $2,6 billion economy, India. The ITI freight line will tremendously be beneficial not just to Turkey, Iran and Pakistan and also to the EU and other countries wishing to join the project. Turkey opened the 76 km-long sea-bed railway project Marmaray in 2013 connecting Europe to Asia.

The key requirements for the revival of the ITI train, also called the ECO Container train have been fulfilled. The total length of the project from Istanbul to Islamabad  is 6650 kilometers.