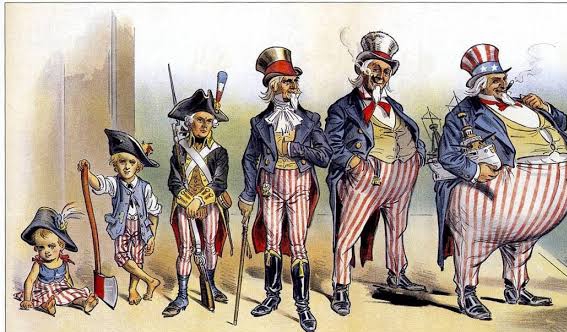 Some 24 countries around the world offer free education in their public universities. Among them, there are developed European countries and Turkey. But developing or even underdeveloped countries like Andorra, Chile, Moldova, Botswana, Cuba and Tunisia are also on that list. However, the most developed country absent on this list is the U.S.

For most Americans, apart from a handful of wealthy U.S. citizens, university education means a lifelong burden of student loans plus interest. Thus, newly graduates – if they are lucky enough to find a job – are forced to quietly accept a monthly wage and join hundreds of thousands of other U.S. citizens paying off their student loans.

Non-insured Americans cannot afford to bear the costs for minor injuries or even emergency room expenses, let alone serious illnesses like cancer, heart diseases, or paralysis. Today, a majority of all homeless people in the U.S. consists of people who have lost everything paying for health services.

Describing themselves as the greatest nation on Earth, the U.S. citizens have been ruled by a group of leaders, who deceived them to get into numerous wars around the world – from Vietnam to Iraq – and have always found the sufficient budget for it.

The U.S. is the world’s largest military spender. Its annual military budget exceeds more than 15 per cent of the total federal budget. The amount is so huge that it easily dwarfs the next nine largest military budgets combined. U.S. President Donald Trump has boosted the budget even further, from last year’s $590 billion to $681 billion.

The recent U.S. midterm elections have seen a new trend in U.S. voting behaviour. Female, non-white, non-centrist Democrats, who defined themselves as progressive, have earned a great deal of success. The biggest reason behind this may lie with the U.S. voters opposing the U.S. political status quo that has always asked “Where can we find the money?” when it comes to providing basic human rights like free education and healthcare, but found more of it when it comes to wars.

It was the same voting behaviour that elected Ilhan Omar, the first hijabi congresswoman, who calls for the U.S. to stop providing any support, including military, to Israel; or Alexandria Ocasio-Cortez, who describes herself as a socialist democrat.

Although there is a pure contradiction between President Trump’s nationalist policies and these figures’ multicultural policies or his pro-Israel stance and their anti-Israel attitude, please do not fail to notice that the two sides, in the last instance, support the isolationist policy against the establishment’s imperialist understanding. It has already been clear that there will be an interesting war of words and of discourses in the 2020 presidential elections.