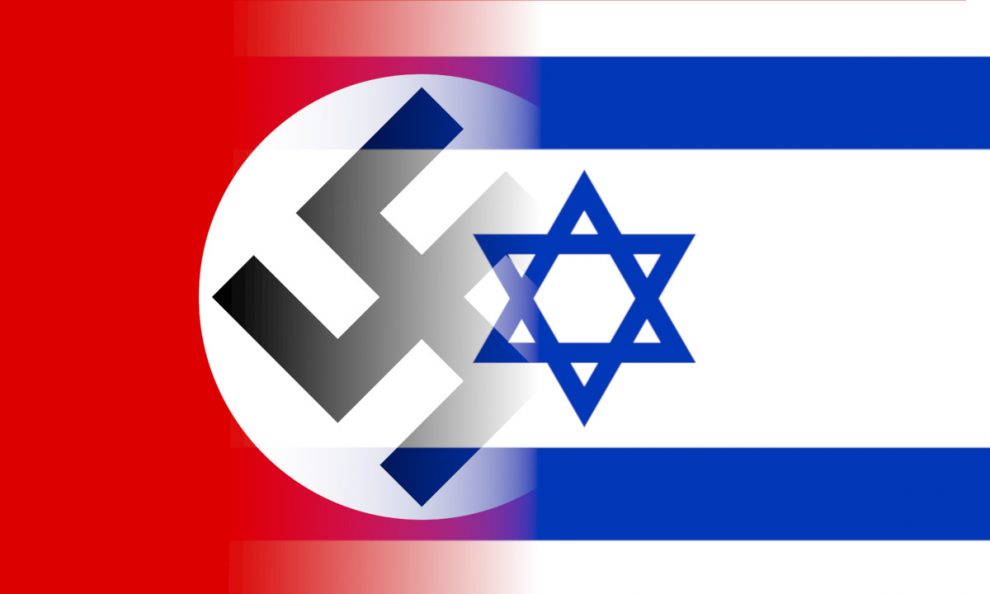 The U.S. has not only ended the monetary help to Palestinian refugee camps and shuttered the Palestinian “Embassy” in Washington, but also made any comparison of existing or future Israeli government policies to Nazi Germany illegal.

As the IHRA slogan says, “A world that remembers the Holocaust is a world without genocide.” No doubt. Should the Dutch and French soldiers have remembered that their forefathers turned their backs to what Hitler was doing to their Jewish neighbors whom they had shoved into windowless wagons and shipped to Germany, today 8,372 boys and men from Srebrenica – a town located in the easternmost part of Republika Srpska in Bosnia-Herzegovina – would probably be alive. Some of the elderly men may have passed away, but the boys would be married today and have their own children.

Col. Thomas Jakob Peter Karremans, the commander of Dutch and French troops in Srebrenica at the time of the Srebrenica massacre during the Bosnian War, had not remembered the fate of millions of Jews in the hands of the Nazis; thus, 8,372 Bosnian Muslim males were butchered by Zeljko Raznatoviç, better known as “Arkan,” a Serbian commander of a paramilitary force in the Yugoslav Wars. Col. Karremans’ picture holding a tall glass of champagne and toasting his Serbian comrades has been etched in our memories and in image galleries on the internet.

The long and short of it is this: the IHRA is right when it says that to prevent further genocides we have to remember the Holocaust. Exactly because of this, we have to be able to see and recognize and declare to the world when we see a genocide in preparation.

What makes British Labour Party leader Jeremy Corbyn right when he rejects signing the IHRA’s definition of anti-Semitism is the fact that no government should be absolved from being labeled as “acting as Nazis” in a way based on theoretical deduction rather than empirical observation. It is one thing to call the Holocaust so terrible that nothing could be compared to it lest it be banalized as an everyday occurrence; and it is something else to act as Hitler’s government did when they prepared and carried out those horrible events. As the Torah teaches, shedding blood of an innocent is like killing the whole of humanity, let alone killing European Jews and millions of others. If anybody is observed doing things that could result in such a horrible event, all other human beings should come forward and identify the perpetrator.

Be it a corporal from Austria or an economic consultant from a Boston investment banker’s office.

What Corbyn rejected to endorse is now becoming law governing student affairs in the U.S. Kenneth Marcus, Assistant Secretary of Education for Civil Rights determined that from now on, the U.S. Department of Education will use the IHRA‘s definition to determine if an educational activity is anti-Semitic or not. Over the years, some Jewish students in U.S. educational facilities complained that pro-Palestinian activism in their schools were actually anti-Israel and thus anti-Semitic. So far, the Department of Education’s Office of Civil Rights has rejected such claims. Not anymore. If the IHRA says any activity like comparing the Israeli government to Nazi Germany is such, then organizers of that activity may go to jail.

We can still compare the U.S. to Nazi Germany. Can we not?