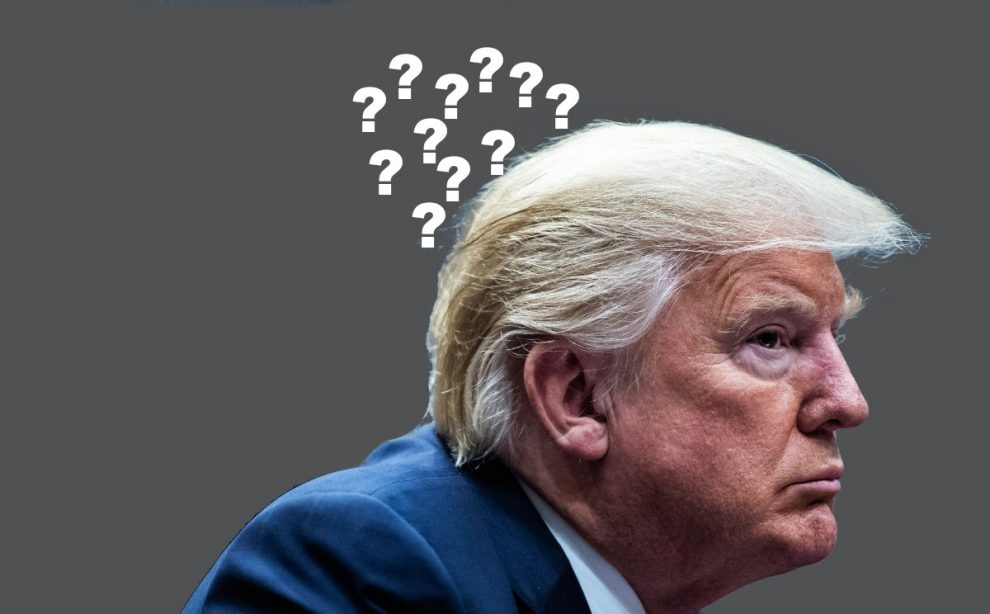 As the United States’ November midterm elections draw near, President Trump becomes more and more attuned to the domestic news cycle. For that reason, Trump’s preoccupation with the Turkish government and the Turkish judiciary’s continuing detention of Pastor Brunson lasted no more than a fortnight, as should have been predictable. Once it became clear that he would have no success bullying the Turkish leadership, and that Turkey’s economy would weather an overt political attempt to cripple its currency, Trump speedily turned to other matters.

Over the past eighteen months, Trump has tended to jump from topic to topic when politically expedient. If a certain issue does not provide the desired political or media results, a more promising topic will be quickly thrust onto the public — often by early morning tweets. In the end, the chaos that the Trump Administration is enveloped in meant that if Turkish officials remained calm and took measured steps to protect Turkey’s economy, the storm would soon pass. They did, and it did. But that same chaos also means that Trump could launch another impetuous attack with little or no warning, especially when we can be sure that Trump’s National Security Advisor John Bolton and Vice President Mike Pence continue to whisper in his ear about Turkey.

John Bolton and the Neoconservatives are back

The upcoming polls are not the only reason that Trump has suddenly become more antagonistic towards Turkey. There can be little doubt that Bolton is a prime factor spurring Trump on. As late as the July NATO conference, commentators were either gushing or complaining about the rapport that Trump and Turkish President Recep Tayyip Erdogan apparently enjoyed. But even then Trump’s interactions with President Erdogan did not display convincing sincerity. The idea that Trump, whose understanding of foreign societies is extremely limited and whose administration has routinely displayed contempt for foreigners in general and Muslims in particular, could found a meaningful working relationship with President Erdogan always required one to suspend rational expectations. Bolton’s influence, as malign as expected, has simply brought this reality to the forefront.

Many observers anticipated the worst when Bolton, an arch neoconservative left over from the George W. Bush Administration, managed to regain access to the White House. Trump originally considered Bolton for the Secretary of State position, but the position he eventually procured may be more to Bolton’s liking. The National Security Advisor is not subject to Congressional approval, has no bureaucracy to wrangle with, participates in the National Security Council, and possesses direct access to the President.

Ultimately, Trump’s political inexperience is what enabled Bolton to win a political appointment. When Trump entered the presidential race, he had no political experience and no political base other than the “alt right,” which is the extreme right side of the American political spectrum. Choosing Mike Pence as his running mate added the evangelical community, but neither voting block could provide a network, built up over time spent as an elected official, that a president-elect normally arrives with in Washington D.C. That network provides many candidates with specific skills and experience for political appointments.

As feared, Trump’s lack of a political network resulted in disastrous personnel choices, and the most direct consequence has been unprecedented turnover in his administration. Many of his choices turned out to be incompetent and were fired, or corrupt enough to be immediately exposed and dismissed. Others clashed with Trump over policy and were defenestrated. Trump’s revolving personnel door is the direct symptom of his lack of a political base and network.

The second result was that established elements of the Republican Party network in Washington eventually found opportunities to reappear on the scene once Trump’s initial personnel choices faltered and exited. This is how John Bolton found a place at Trump’s right hand, and we can be sure that the Washington D.C. neoconservative community is now doing its best to take advantage. I warned of this in the 2016 election’s immediate aftermath. =>[1]<=

Despite all of the chaos, however, no one should expect President Trump’s departure anytime soon. The latest turmoil to strike Washington took the form of an anonymous letter published by the New York Times. The letter was written by someone claiming to be in the Trump Administration’s highest levels, and who explained that most members of the administration know Trump is incompetent, so they either limit and stifle his attempts to make policy, or ignore him altogether.

This letter provoked energetic reactions from all sectors of the American chattering classes, including claims that an American “deep state” was in the process of carrying out a coup against Trump. In Turkey, that claim found ready proponents. The same newspaper also published advance excerpts from Bob Woodward’s new book on the Trump Administration, which added heaps of fuel to the already blazing controversies engulfing the administration. All in all, the past week sparked another wave of expectation that Trump’s disgrace and fall from power were nigh.

But looking beyond the hysteria and hyperbole, Trump’s departure from the White House does not appear imminent. If the Republican Party maintains control of both houses of Congress in November, Trump will essentially be assured of serving his entire term.

The essence of the matter is that the Republican Party is able to carry out its agenda through Congress. Trump is a distraction, an embarrassment even, but in the end he is on their side. And despite loud claims of liberal bias in the American mainstream media, the reality is that Trump receives favorable treatment from the media that the Republican Party voting constituency reads or watches. For those reasons, even if the Democrats win control of one or even both houses of Congress, it will be extremely difficult for them to impeach Trump. And even if Trump were impeached and eventually removed, Vice President Pence, who is close to the American evangelical community, would become the President. The Democrat Party may decide that enabling Pence to become president would be even worse than having Trump remain in office.

Furthermore, the ongoing legal inquiries into various aspects of the Trump Administration are not guaranteed to result in charges against Trump, even when some of his closest collaborators are now being given prison sentences. Debate continues about whether a sitting president can be put on trial, and whether any of the charges that might materialize against Trump would warrant trying to put him on trial.

Political appointees themselves have a tendency to feel independent and more knowledgeable on their particular field of interest than the President. The political and bureaucratic infighting common to modern bureaucracies was the reason President Harry Truman, 75 years ago, complained that, “There are more Prima Donnas per square foot in public life…in Washington than in all the opera companies ever to exist.” He also complained about “Potomac fever” (a reference to the river that provides Washington D.C.’s southwest border), an ailment that he thought afflicts people who come to Washington for government careers. Every administration features friction among career bureaucrats, political appointees, and the president.

In other words, the “steady state” is something entirely different than what Turkish people refer to when they use the term “derin devlet”. That sort of “deep state” is an extra-legal, unaccountable crime and violence network based partially in multiple state institutions but also having links to intelligence, military, paramilitary, and organized crime structures. Certainly, nothing of the sort exists in the U.S.

Finally, the same anonymous author also referred to the 25th Amendment to the United States Constitution. That amendment contains a clause that states how the president may be removed by the principal members of his administration through a petition to Congress. That clause has never been invoked, and was intended for situations in which the President might be gravely injured, or incapacitated by health problems or disease. Such a move would also have to be carried out by members of the Republican Party, and would precipitate one of the most serious political crises in U.S. history. Because the Republican Party already enjoys control of Congress and is still able to pursue its agenda, purposefully triggering a major political crisis with unforeseeable results would clearly be an unnecessary and extreme step.

Because Trump will, in all likelihood, be president for at least two more years, we cannot expect dramatic shifts in U.S. policy towards Turkey. Mike Pompeo’s appointment as Secretary of State has not changed the State Department’s diminished stature and irrelevance to policy formation towards Turkey. A U.S. Ambassador to Turkey still has not been nominated. James Jeffrey’s appointment as Special Representative for Syria Engagement is the lone ray of hope in an otherwise dismal situation. Jeffrey served uneventfully as Ambassador to Turkey in 2008-2010, and his recent comments have displayed good understanding of the region and of Turkey’s worries.

On the other hand, U.S. policy in Syria still is under the control of the U.S. military. Turkish-American cooperative patrolling in Manbij continues, but Turkish officials have recently indicated that they perceive American foot-dragging. Possibly, this is related to new developments in U.S. plans: despite Trump’s openly stated desire to hastily wrap up U.S. operations in Syria, the U.S. military now seems to be preparing for an extended stay.

Overall, the U.S. long ago lost influence over the flow of events in Syria. Russia and Iran, though often disagreeing on how to collaborate, remain the main powers in Syria, openly propping up the Assad regime. Turkey negotiates with both, and is sometimes able to obtain concrete results, while U.S. influence is limited to the small regions it maintains forces in, but even there it cannot exercise complete control over the behavior of its ally, the PKK/PYD.