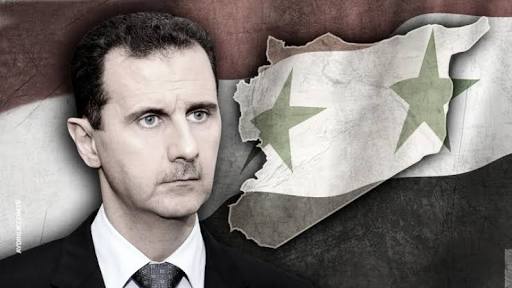 On May 11, 2013,, a bomb-laden vehicle coming from the Syrian border detonated in the Reyhanlı district of Hatay, claiming the lives of 53 people. It was one of the biggest terrorist attacks in the history of the Republic. The first question that came to mind was what was Turkish intelligence doing? And that it would take time for all the facts to come out.

Two years later, the Reyhanlı Prosecutor at the time, Özcan Şişman, would explain that the National Intelligence Organization (MİT) provided intelligence on a possible attack to them in November 2012, six months before the attack, saying: “In November 2012, MİT officials came to me, reporting that a group including Murat Özdeş was preparing a bomb attack. They said the group, which was acting on behalf of Syrian intelligence, would detonate the explosives [that they would bring] from Syria in the tent camp in Yayladağı, Hatay, where Syrian opposition troops were. They said explosives would be placed in a garbage truck. We accepted this as a notice and launched an investigation. During the technical follow-up, conversations about the attack were identified only once in audio surveillance. However, no identification was made that it was put into action. Several times, MİT officials suggested conducting an operation. I told them there was not enough evidence and they should not interfere.”

Unfortunately, the same betrayal was repeated by the same prosecutor three days before the attack. Let us listen to his statements again: “Three days before the Reyhanlı attack, on Wednesday, May 8, an MİT official arrived. He insisted on an operation in a perturbed manner and panic. He [was] told that there was no concrete development, [and] I cautioned them not to interfere.”

There is a group which lives in a district of Turkey, close to the Syrian border. It is known that they are close to Syrian intelligence. The MİT directed the prosecutor to them upon intelligence it received. During a technical follow-up, you are being informed that there will be an attack. Oddly, however, you cannot expand the investigation, you do not conduct audio surveillance or wiretapping or ask for more information about these attackers and turn a blind eye.

Eight months after the Reyhanlı attack, Prosecutor Özcan, who did not lift a finger despite all the intelligence that came in, stopped trucks claimed to have been carrying weapons to the Syrian opposition and enabled MİT members in the vehicle to have guns drawn on them and arrested on an anonymous tip.

Let us also note that, although the Hatay Public Prosecution Office instructed him, the same prosecutor did not set foot in Reyhanlı on the day when the Reyhanlı attack took place, killing 53 people and injuring 153 others, giving the impression that he had security concerns.

Furthermore, let us add that following the failed coup attempt by the Gülenist Terror Group (FETÖ), ByLock, an encrypted application which only FETÖ members can enter via a special password, was found in Prosecutor Şişman’s phone.

Two days ago, the MİT caught Yusuf Nazik, one of the masterminds of the Reyhanlı attack, in the Assad-held Syrian city of Latakia via a pinpoint operation and brought him to Turkey. In his testimony, the terrorist admitted in detail that they acted in accordance with the directives of a Syrian intelligence communication officer named Muhammed, codenamed Hacı.

This article has two main points: First, FETÖ is a terrorist group that infiltrated the state and seriously damaged Turkey’s national security not only on the coup attempt in 2016, but also before that and cooperated with various terrorist organizations including those that support Assad. Second, Turkey’s anti-Assad stance is both a moral obligation and the requirement of national security interests.