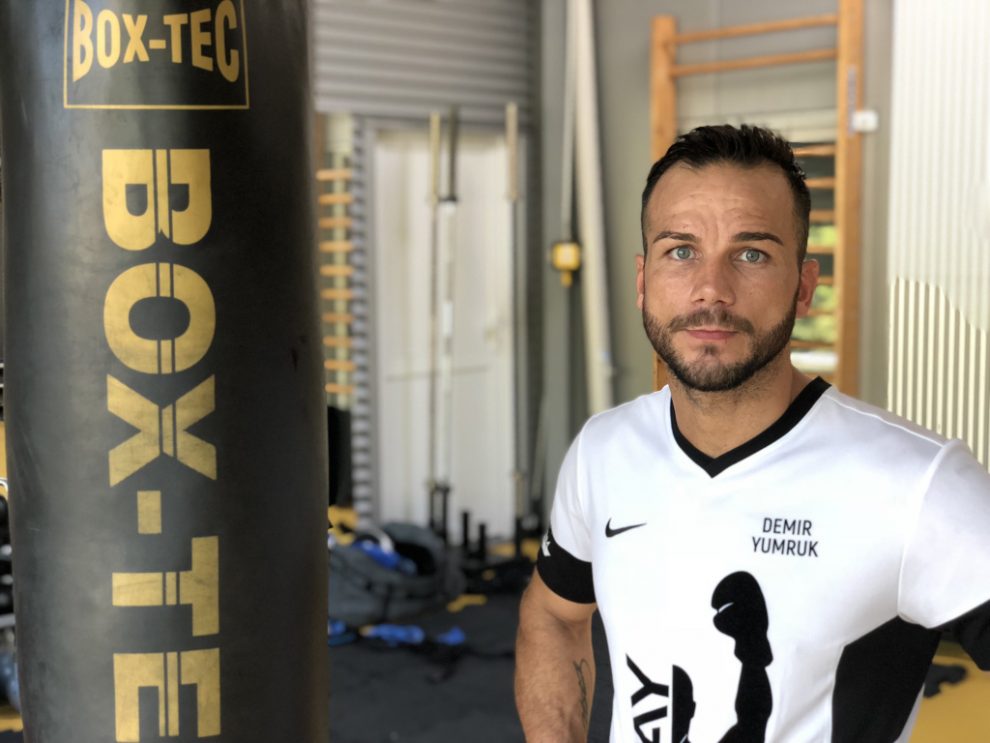 Growing up in the south western German city of Kempten, Sukru Altay was introduced to drugs at a very early age. Just when it seemed like he would become another Turkish-descent of a failure, he then was introduced to boxing. Altay loved the sport which took him away from drugs. However, as he started a successful professional career in boxing, hardest hits would come not from his opponents but from outside of the ring.
34 years of Altay won all 7 matches of his professional career. He won the golden belt in Germany last year in feather weight category. What he has achieved was far from what people around him including his family would ever imagine. He came under the radar of German media after winning the German title, so was his personal political opinion.
Altay has three crescents tattooed on his upper back with a grey wolf in the middle. It represents Turkish nationalism. He also has the name of Mustafa Kemal Ataturk, the founder of modern Turkey, tattooed on his arm. The 34 year old travelled to Sarajevo in May to meet the Turkish president Recep Tayyip Erdogan to present his golden belt. “Erdogan is my leader. The leader of my mother land,” says the ardent fighter. After he posed to the cameras with Erdogan at the Sarajevo airport, things started getting complicated for Altay.
 Sukru Altay met Erdogan in Sarajevo
Boxing had rescued Altay from his drug-addicted past but it put him in the middle of a 5-decade-long discrimination problem of Germany. The Turkish-descent fighter will enter the ring on Saturday night in German city of Ludwigshafen to fight for the European Light Heavy Weight title. The match requires months-long preparation to get into the best shape possible. However, winning a European title at that level also requires developing a fighting strategy designed for the specific opponent. “Normally, at least three months before the game, you would know your opponent but mine was changed two weeks before the game,” said Altay with an angry tone. He says the whole treatment he receives from the federation dramatically changed after he met Erdogan. “As two weeks is not enough to get know your opponent and prepare for him, the move is a clear aim to force me to lose,” he uttered with his broken Turkish.
Just as he was giving an interview to Diaspora Daily three days before the game,he received a phone call from the organization only to hear that the time of his fight was also switched. “By making this change, now instead of my fight, another one will be broadcast. They just took my fight off air by this move,” Altay said.
Altay’s blatant and fearless political opinion might cause his career which he is well aware of. “I will put up with all the discrimination. My answer will be on the ring. I will throw my punches at both my opponent and those outside of the ring,” Altay said. He also reminded what Mesut Ozil made public to the whole world is a wide-range problem at every sport level in Germany.
Ahmet Hamdi Sisman

How Assad’s terror spilled into Turkey through FETÖ
Party vs Faith: China drafts restrictions for all religions
Comment