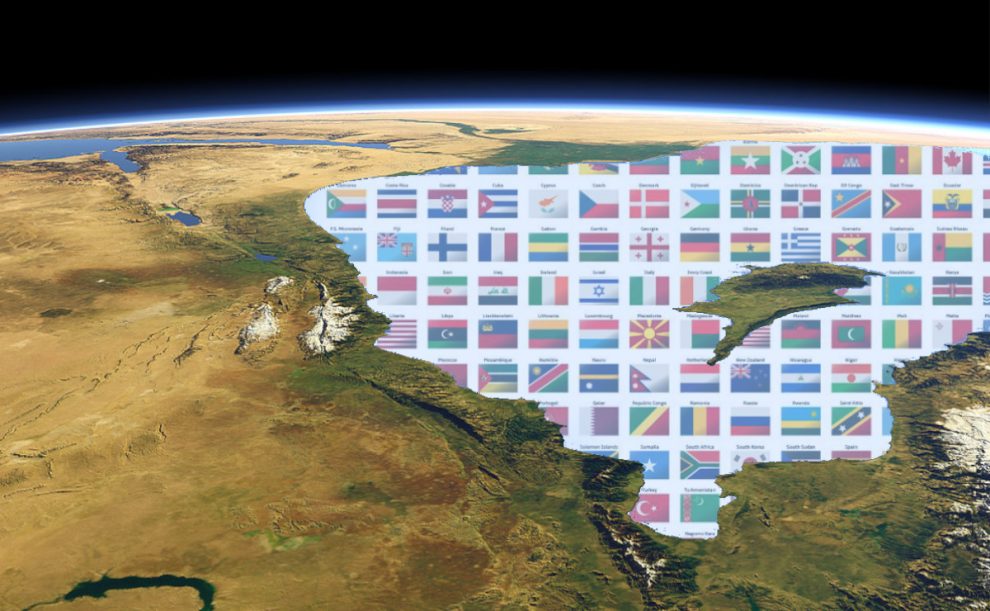 The European Union and the US should play a more constructive role in resolving the Eastern Mediterranean dispute between Turkey and Greek Cyprus – the escalating of tensions is counter-productive.

Turkey’s energy aspirations are creating frictions regionally and a new international conflict is brewing, this time in the Eastern Mediterranean, and statements coming from the European Union and US diplomats are fueling this tension rather calming it down.

The chief of EU Foreign Affairs and Security Policy, Federica Mogherini stated, “We express grave concern over Turkey’s announced intention to carry out drilling activities within the exclusive economic zone of Cyprus.”

The American official statement on the matter issued by the State Department spokesperson Morgan Ortagus followed in the same vein as Mogherini’s statement.

Instead of offering a blueprint for a solution that could be accepted by all parties, the reactions of EU and US officials only inflamed the situation. The assertion that Turkey’s activities in its southeastern shores are illegal will bode well for facilitating a resolution of existing disputes or result in regional prosperity for Greece, Turkey and Cypriots whether Turkish or Greek.

According to the United Nations Convention on the Law of the Sea (UNCLOS), coastal states have exclusive economic zones (EZZ) up to 200 miles (320km of the maritime territory) offshore. That means Turkey along with Turkish Cypriots and Greek Cypriots have overlapping claims of jurisdiction for offshore oil and gas exploration in the eastern Mediterranean.

The government of Greek Cyprus is not the only state controlling the island — it controls the southern side and two-thirds of the Mediterranean island. The northern third belongs to Turkish Cypriots – the Turkish Republic of Northern Cyprus (TRNC). Turkey along with the United Kingdom and Greece are the guarantors in protecting the rights of the Cypriots.

In that regard, Turkey’s foreign ministry, Mevlut Cavusoglu, rejected Mogherini’s statements and denoted the drillings were based on “legitimate rights” of Turkey. Cavusoglu also warned the government of Cyprus of “irresponsibly jeopardising the security and stability of the Eastern Mediterranean region, by disregarding the inalienable rights of the Turkish Cypriots.”

Today, in truth, Greek Cyprus gets along with Egypt and Israel to exploit the discovered resources leaving Turkey and the TRNC marginalised. They have signed similar deals with energy giants like Eni, Total and ExxonMobil. Acting unilaterally within an internationally disputed zone is counterproductive to finding a just resolution.

International actors, especially the EU should step up to the plate to pave the way for cooperation among the mentioned countries, including Turkey — in using these energy resources and exporting them before the international friction becomes a chronic condition.

Cooperation is the best, cheapest and wisest way for all regional countries despite the political and financial challenge facing Cypriots. It is also safe to assume that outlet or pipeline that bypasses Turkey will be an expensive and time-consuming endeavor.

The increasing demand for natural gas has been growing much faster than for another primary energy resource, and it is expected that Europe’s dependency on natural gas, implicitly on Russia will steadily increase because Europe is heavily dependent on Russia for gas, oil and solid fuel imports. The rich natural gas resource of the Eastern Mediterranean is a strategic opportunity for them to diversify their imports and a way to reduce energy dependency on Russia.

Europe would benefit from Turkey becoming an important ‘pan-regional energy hub’ with projects like the TurkStream and TANAP, for transferring natural gas in the Eastern Mediterranean to southeastern Europe and beyond.

Turkey’s geopolitical position can not only can secure its own energy needs, but also will allow the country to be the most efficient outlet to European markets.

An analysis from the German Marshall Fund of the United States explains, “The discovery of large gas resources in the Eastern Mediterranean and the fact that pipelines via Turkey would be the most efficient path to Europe should form a welcome opportunity for Turkey, Europe, and Eastern Mediterranean countries looking for gas markets alike.”

On the other hand, Turkey has already accelerated its oil research expansion to the region — by recently launching its second drilling vessel to begin drilling next month after the first drilling vessel that started exploring in the region in October 2018. However, the Greek Cyprus government has called for the arrests of the Turkish drilling crew.

After taking these circumstances into account—barring a change of attitude from regional actors—it seems hard for any state in the region to transport and commercialise these resources without the support of its neighbors.

The only way for these countries to reach their full potential will be by cooperating with each other to bring prosperity to all states in the region. Although all negotiations have been postponed for too long, there is still a chance to pave the way for cooperation through a common platform.