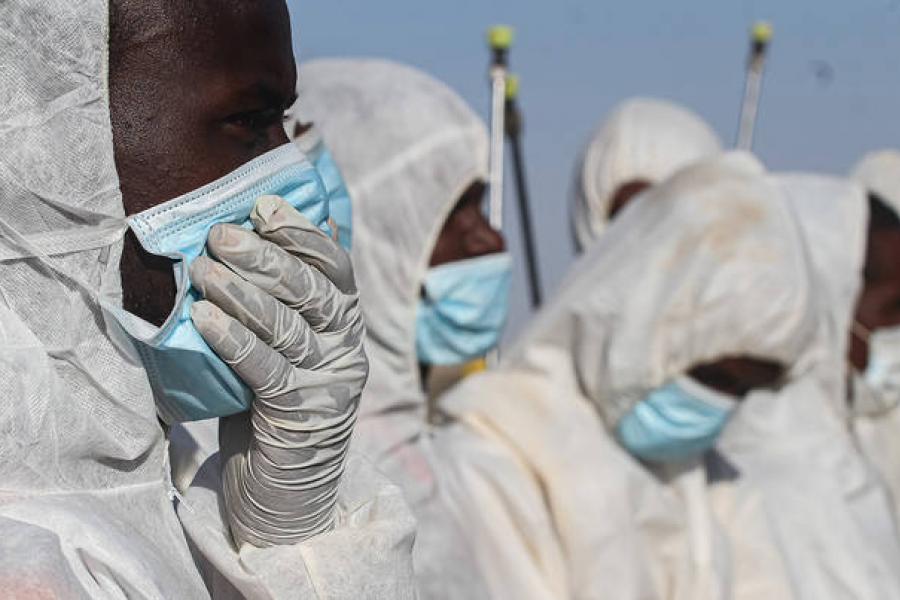 There is a widespread agreement among economic analysts that Covid-19 will cause a severe negative impact on the global economy. In many industries of the world economy, such as airlines, Banks, construction, and tourism nearly wholly stopped due to the COVID-19.

In Somalia, private consumption, official development aid (ODA), remittance, livestock export are the prime engines of the economy. During the collapse and civil war of Somalia, the private sector, mainly trade, telecommunication, and construction, has grown and remained a vital driver of the economy.

Private consumption expenditure financed by remittance inflow from the Somali diaspora is the critical driver of the country’s economic growth. Most Somali diasporas live in western countries which already experienced economic contraction, and their income expected to slow down due to the current global pandemic; this will decrease their ability to remit to their families in the home back Somalia. The remittance, which is accounts for a significant proportion of Somalia’s  Gross Domestic Product (GDP), could lead to a significant drop down of GDP if the flow of remittance slows down.

Somalia is one of the countries which is heavily dependent on foreign aid and estimated the country received over $55 billion since the collapse of the central government of Somalia in 1991. The contraction of the world economy, especially big donors,  amid COVID-19, is likely to decrease the flow of foreign aid to Somalia even though the flow of aid was large during natural disasters like diseases, floods, droughts, and so on. If the flow of aid to Somalia decline, it is expected it will hurt the country’s economy.

Somalia heavily imports food and other materials from abroad, 17 percent of Somalia’s import comes from China, due to the outbreak of COVID-19 in China disrupted China’s manufacturing sector and highly expected to slow down the availability of goods shipped to Somalia. Furthermore, the federal government of Somalia (FGS) also banned all international flights, and this stopped the flow of import goods with airline cargos. The government also banned Khat import from neighboring countries; reduction of khat import has a negative economic effect because many Somalis trade Khat as their source of income. Even though import has a negative economic impact on the country, customs duties, and tax revenue from imported goods were the principal source of the domestic revenue for the government.

Although a decline of import has a positive impact on GDP and the current account balance, it also causes domestic inflation as the price of imported goods rises due to the shortage of availability of imported goods. This inflation will affect not only the household but also increase the cost of government operations in the short term, especially the food rationing to the national army, the critical cost-driver of government operations, and essential expenditure for the country’s security and stability.

In April 2020,  the government launched a national safety program called BAXNAANO aimed to help vulnerable people in response to national shock. In collaboration with the International Development Association (IDA) of the World Bank, the program is financed by a pre-arrears clearance grant as a policy to protect the national safety net. The program intended to help poor people through direct cash transfer under the leadership of the ministry of labor and social affairs (MoLSA).

As Somalia confirmed the first cases of COVID-19 in the country, the government ordered the ban on public gathering and ordered to close schools and universities. The closure of schools and universities may have a long term impact on human capital formation. Even though many schools and universities had launched distance learning programs which allow students to continue studying from home, still some challenges hinder student to continue their study as many students have no access to get computers and smartphones. The children of households in rural areas that lack access to the internet will beat the system of studying from home and thus will result in disparity of learning outcomes among the student in the country and increase the likelihood of inequality in human capital.

While Somalia is facing the above mentioned economic challenges during this global pandemic, there are several bright things that Somali people and their government are experiencing. This year, on March 25, International Monetary Fund (IMF) and World Bank’s International Development Association (IDA) announced that Somalia has eligible to benefit the debt relief program under Heavily Indebted Poor countries (HIPC) aimed to reduce the debt burden for developing countries. This program allows Somalia to enjoy debt sustainability and poverty reduction in the future.

Finally, with support from international donors like Turkey and others, Somalia has made progress towards reviving its economy, especially in the area of fiscal policy and financial stability.