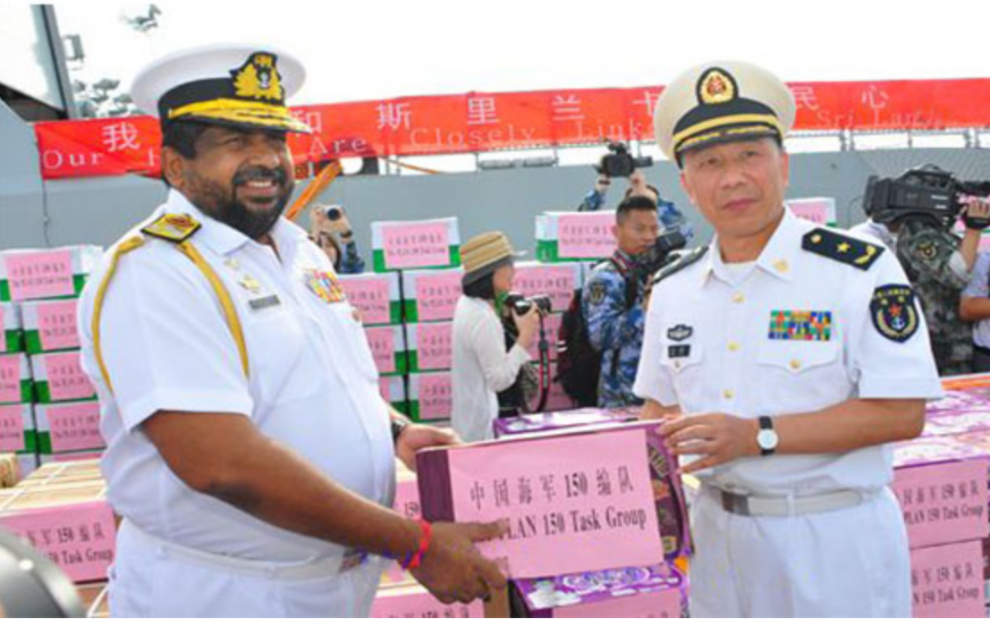 China was quick to aid coronavirus-stricken Sri Lanka. Chinese magnanimity and speed in responding to the Indian Ocean island’s request contrasted starkly with Beijing’s more measured response to Africa’s needs, widely expected to be the pandemic’s next hotspot.

Geography was but one reason why China favoured the strategic island that straddles one of the Indian Ocean’s busiest shipping routes.

China was rewarding Sri Lanka for stalling military-related talks with the United States two years after the People’s Republic was accused of pursuing predatory debt trap diplomacy. Sri Lanka granted China in 2018 a far greater stake in its port of Hambantota at a moment that it was unable to service its debt to Beijing.

Sri Lanka has so far dragged its feet on signing a Status of Forces Agreement (SOFA) with the United States that would regulate the rights and privileges of visiting US military personnel.

The hold-up was prompted by Sri Lanka’s rejection of the terms of an associated US$480 million Millennium Challenge Compact (MCC) development aid package on the grounds that it impinged on the country’s national security.

At the same time however, Sri Lanka has done nothing to challenge its Acquisition and Cross-Servicing Agreement (ACSA) with the United States that governs the transfer of US logistics supplies as well as support and refuelling services for US military operations in the Indo-Pacific region.

The discrepancy in China’s approach towards Sri Lanka as opposed to Africa could revive charges that predatory debt diplomacy is a feature of China’s multi-billion dollar infrastructure, telecommunications and energy-driven Belt and Road Initiative that seeks to connect the Eurasian landmass to the People’s Republic.

To be fair, only a handful of renegotiations of Chinese debt would suggest that China is using liability as a diplomatic tool.

Nonetheless, China’s willingness to grant Sri Lanka a 10-year US$500 million concessionary loan to deal with the economic fallout of the pandemic in addition to donations of medical supplies offered by China to countries across the globe is likely to raise eyebrows.

The risk is that countries in Africa as well as the Middle East like war-torn Syria and financially bankrupt Lebanon that no longer can count on assistance from Gulf countries struggling with economic woes of their own may feel that they have little alternative but to follow in Sri Lanka’s footsteps.

It is a risk that not only capitalizes on the United States’ already tarnished image but also China’s ability to maintain close ties to Middle Eastern nations without being sucked into the region’s myriad conflicts.

To be sure, there are stark differences between Indian Ocean nations and Middle Eastern states that are in some respects far more dependent on a US defense umbrella designed to protect them against Iran.

Like Sri Lanka, Middle Eastern states benefitted from close healthcare and pandemic-related cooperation with China and unlike the Indian Ocean nation, Gulf states face a financial crisis but not an immediate cash shortage.

Nonetheless, the risk for China of some countries feeling that their security and economic wellbeing is better ensured by a greater balancing of their relations with China and the US is that they will want to see China engaged in regional security arrangements to a degree that Beijing has so far been unwilling to entertain.

The risk is enhanced by US aspirations to reduce America’s commitment to the Middle East and focus attention on Asia and its rivalry with China.

The risk for Gulf states in the implications of China’s policy towards Sri Lanka is that China rather than being sucked into the Middle East and North Africa’s myriad conflicts could opt to reduce its engagement in the Middle East.

As a result, Gulf states, among the world’s foremost arms buyers and confronted with a need for far more incisive economic reform in the wake of the pandemic than many other nations, are likely to find a rebalancing of their big power relationships more difficult than Sri Lanka.

The success of Chinese policy towards Sri Lanka is nevertheless more than an isolated incident. It offers insights into what a more assertive Chinese policy could mean for the shaping of a new world order.

“When India or the West get involved in Sri Lankan affairs, there is suspicion as to what the motive is. Is it to divide the country? Is it (to) exploit, subjugate us?” said Jehan Perera of Sri Lanka’s National Peace Council. By contrast, he added, Sri Lankans view Chinese investment as “essentially benign (because) China has never been a historical enemy of this country.”

COVID-19 Pandemic: How Will It Have Grave Effects on the Fragile Economy of Somalia?
Russia loots Libya’s oil, Libyan Oil Corporation Says