When one-time famous Turkish comedian Atalay Demirci’s twitter account was hacked, his direct messages revealed that He, on one hand, was attending democracy rallies in Turkey to condemn the bloody coup attempt but on the other, he was in contact with those who supported the putschists.

Demirci asked his friend NBA star Enest Kanter who had just signed a 60 million dollar contract to lend him some money so he could flee Turkey. But Kanter said he is broke. Then he turned to another friend: Former Turkish soccer star and politician Hakan Sukur who also made tens of millions of dollars through out his career. But Sukur also stipulated many excuses to say he does not have money.

While Atalay was briefly arrested and released in Turkey, Kanter and Sukur lived a luxurious life each on one end of the United States. Hakan Sukur ran a bakery in upscale California neighborhood, Paulo Alto. He gave an interview to New York Times recently in which he claimed thousands of Gulen followers stranded in Turkey but what NYT did not know is that he had passed on a chance to rescue one of them with amount of money which he earns in a few hours in his Paulo Alto bakery. As a matter of fact, what former Turkish soccer star did not mention about himself was much worse than that. As New York Times also pointed out in the article, Gulenists had infiltrated every single Turkish government institutions. But the extent of the infiltration was much grater than revealed since disguising oneself under other political or ideological camps were most common practice of Gulenists. 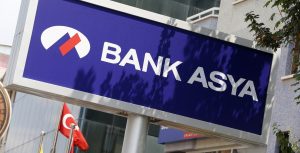 For that fact, Gulenist Bank Asya had never actually been audited by inspectors whom were not the members of the movement. It all started to change after Gulen cult attempted to perpetrate a Judicial coup to lock up Erdogan and his closest allies on the pretext of corruption in 2013. In a late reaction, Turkish government pacified some of the Gulenists in key institutions. That is when it was found out that Gulenist Bank Asya had been carrying out many illegal transactions after inspectors loyal to the state rather than Gulen paid a late visit to Bank Asya. The bank had been inevitably sinking. And the Gulen media started a campaign to call on the followers to deposit money to rescue it. Many Gulen followers put all the savings they had into the bank. Some of them reportedly took credits with high interest rates from other banks to inject more cash to save their bank.

All the Gulen followers thought they did their best to save the bank. But in reality, they deposited money so Hakan Sukur could withdraw his few millions to pack up for California. Those who stayed behind had to cope with the remaining depth so Sukur could open a bakery and could live a luxurious life in Paulo Alto. But of course this sad fact was not mentioned in the New York Times article.

Sukur crucified Erdogan during the interview but the two were actually political allies just a few years ago. The former soccer star whose European career ended quickly, turned politician in 2011. But as soon as he entered the Turkish Parliament, he also brought controversy to the political scene. Sukur had been a commentator on Turkish state TV prior to his short-lived political career and although the amount of money he was paid was never revealed, it was reported that he was making way above what the state TV paid to other commentators. Sukur could not stay away from sports despite being elected as a parliamentarian.

While an MP, he started to appear on TV again as a commentator and made millions of dollars while breaking the law. Turkish media reported extensively on the issue but Sukur preferred to took refugee behind Erdogan rather than quitting his illegal night time job. Sukur only quit Ak Party when Erdogan parted ways with Gulenists to prevent the state from falling further into the trap of this shadowy network. In 2015, Sukur ran as an independent candidate from Istanbul but only received 50 thousand votes which is much less than retweets he gets from Gulenist bot accounts and miserably failed to enter the parliament. So much for the popularity New York Times claims in its polishing article.

The New York Times said at the very beginning of the article that “most customers do not recognize the fit, well-dressed man walking around Tuts Bakery and Cafe, picking up used cups and dirty dishes.” Indeed most Californians do not recognize that man because his dirty dishes may be in California but all of his dirty stinky clothes are in Turkey.

The most inhuman proxy war in Yemen
Are Israel and Iran about to clash head-on over Syria?
Comment