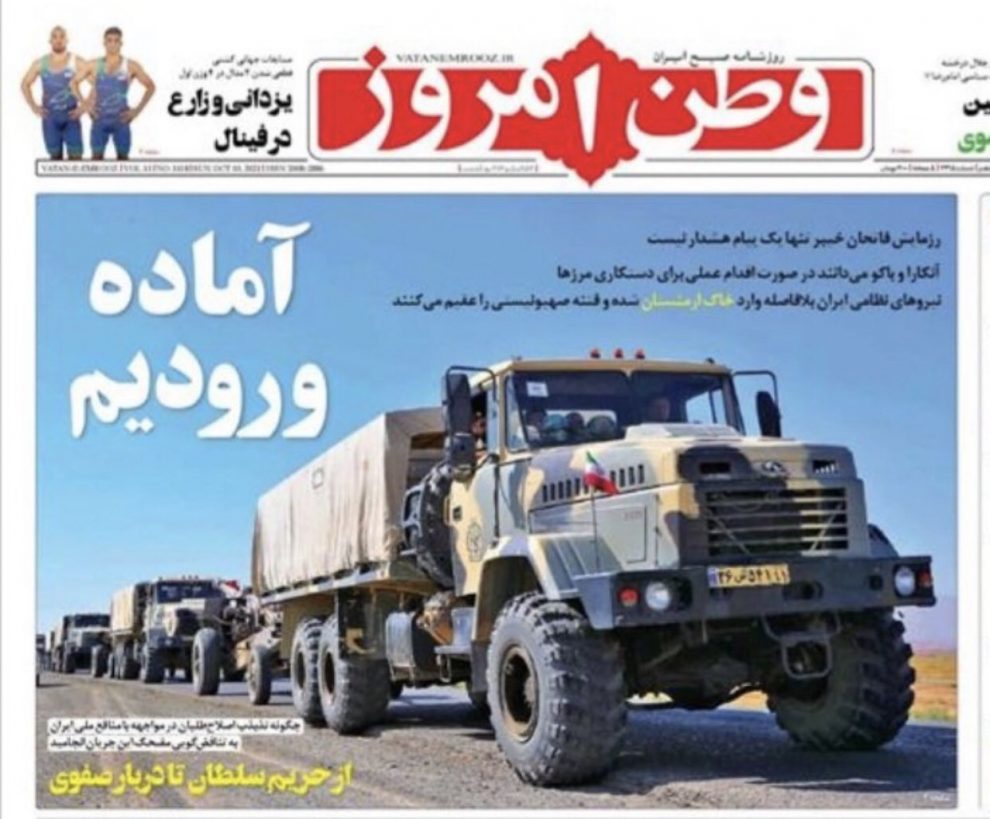 Iran started to hold military drills on Azerbaijan border allegedly due to Azerbaijan-Israel relations. Reuters reported that the exercises involved armoured and artillery units, as well as drones and helicopters. They kicked off near the Poldasht and Jolfa border crossings with Azerbaijan.

The Iranian regime criticizes Baku government for allowing Israeli presence in Azerbaijan and buying Israeli weapons. However,  analysts remind that since Iran supported Armenia in both Karabakh Wars and supplied weapons to Armenians, Aliyev government had to turn Israel for weapons. Turkish newspapers also wrote that Iran could not bear Armenia’s defeat in Karabakh War and it fears that the connection to Armenia may be cut after the retake of Karabakh region by the Azerbaijani army.

Meanwhile, Azerbaijan and Turkey will hold military exercises near Iran border as a show of cooperation and alliance between the two countries. Turkey had also helped Azerbaijan to take Karabakh from Armenia last year.