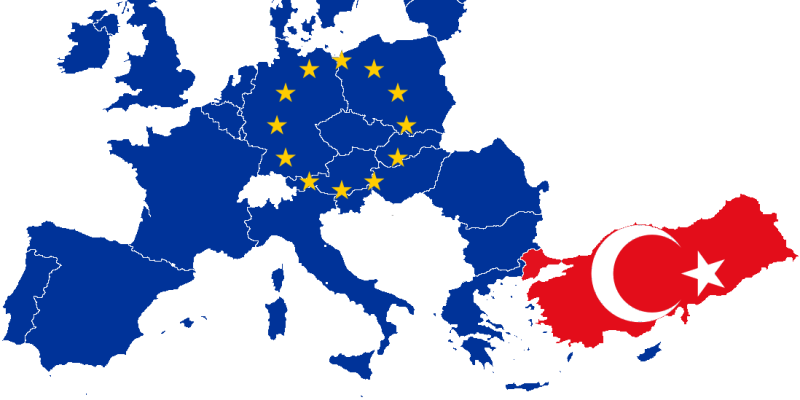 Turkey is a member of NATO but some NATO and European countries haven’t backed its operation in Syria’s Afrin. Are the dissenting countries fearful of Turkey’s role in the Middle East?

With Operation Olive Branch entering its 14th day – there have been a number of differing reactions from the US and European countries towards it. While Germany, France, and the US staunchly opposed Operation Olive Branch, the UK and the Netherlands have not been in opposition and have announced that Turkey does maintain the right to protect its borders from any kind of terrorist threat. This raises an important question: What drives the differing reactions of EU and NATO member countries to Turkey’s military operation in Syria?

Importance of the Olive Branch Operation

Operation Olive Branch intends not only to secure Turkey’s borders but also logically contributes to the safety of Europe. It is common knowledge that the Syrian regime, DAESH, PKK and PKK-affiliated groups (YPG, PYD and SDF etc.) have played a major role in the displacement of Syrians that was the trigger for the refugee crisis. As such, millions of Syrians have entered Turkey and Europe throughout this period and continue to do so. Over the past six years, Turkey has accepted more than 3 million Syrian refugees.

On the other hand, several terrorist attacks have taken place in Turkey and European countries most of which have been carried out by Daesh, whose expansion is in part a product of the ongoing conflict in Syria.

The extreme ideology of PKK is a threat to the region and the US, as the US has already experienced – when the DHKP-C attacked the US consulate in Istanbul in 2015. While the US currently benefits from using PKK and its affiliates in Syria to fight Daesh, the long-term effects of this collaboration can have far reaching consequences for the Middle East and become a threat to US security, as happened in Afghanistan when the US supported militants in the fight against the then Soviet Union.

It is also worth noting that the borders of Turkey are also considered NATO’s borders, given that Turkey is a NATO member. This is stated in NATO’s Article 5 principle of common defence: collective defence means that an attack against one Ally is considered as an attack against all Allies. In this context, Turkey is protecting not only its own borders but also NATO’s borders through Operation Olive Branch.

Moreover, the PKK is a threat to peace and democracy not only in Syria but also in European countries. PKK followers in Europe have attacked mosques and sabotaged many institutional buildings and democratic events.

The operation in Afrin has the potential to secure EU and NATO member countries if the fight against terrorist groups in Syria is successful, which will pave a way for refugees to go back to their country safely.

To put an end to the impunity of groups like the PKK and the YPG, Turkey cited Article 51 of the UN convention as a justification for Operation Olive Branch. According to article 51, each country has the right to defend its border and national security. However, the reactions of Western countries have shown that Turkey’s security concerns have not been taken into serious consideration.

The position of European Countries and the USA

The reaction of the UK and the Netherlands appear to be positive towards Turkey’s operation in Syria.  British Prime Minister Theresa May’s spokesperson stated, “We recognise Turkey has a legitimate interest in the security of its borders,” and Foreign Minister Boris Johnson said that Turkey has the right to secure its border. The Dutch Foreign Minister Halbe Zijlstra stated that “Turkey has sufficient grounds for self-defence since the country faced attacks”.

In contrast to the statements of the UK and the Netherlands, France, Germany and the US have clearly shown their scepticism towards the operation. France called an emergency meeting at the Security Council, while German politicians have discussed stopping the renovation and export of weapons to Turkey, if those weapons were to be used against certain actors. This a repeat of what happened when Turkey was on the brink of Cyprus Operation of 1964, when the US urged Turkey not to use weapons which were supplied by the US and NATO and enforced an embargo on Turkey in 1974 when Turkey used the weapons to protect the oppressed Cypriot-Turk communities. Turkey has more advantages today compared to the 1974 operation due to Turkey’s developed military power given that it has become a largely self-sufficient country, and hence Germany’s approach does not affect Turkey today, just as the US’ approach did not.

Germany’s oft-repeated argument is that the PKK offshoot, the PYD/YPG is the most important actor in the region against Daesh. At the same time, Germany has announced their concern about civilians in Afrin. However, it appears that Germany is not concerned about the 337 Turkish civilians who were killed between 2015 and 2017 by attacks from Daesh, PKK, PYD/YPG despite Turkey’s significant role in the humanitarian response towards Syrians in various forms, over the past seven years.

As for the US, they’ve had good relations with PKK-affiliated groups in the Syrian conflict since the beginning of the fight against Daesh despite the PKK’s designation as a Foreign Terrorist Organization (FTO) by the US. Former US Secretary of Defense, Ashton B Carter, the YPG is the military wing of the PYD and both are PKK “aligned” organisations. The US has been working with one terrorist group to destroy another terrorist group, rendering their stance towards terrorism rather confused.

Struggling to establish a new style of relations with Turkey

It seems that the reason behind some EU or NATO members opposition to Operation Olive Branch is related to Turkey’s increasingly dominant position in the Middle East. If assessing the situation from a historical perspective, European states such as Germany and France, and the US – as the hegemon power of NATO – have always wanted to maintain their old and conventional positions by locating themselves in a superior position to Turkey. They are uncomfortable with Turkey making decisions conducting military operations unilaterally.

Historically speaking, countries such as the UK and the Netherlands have never had this kind of relationship with Turkey, which is evidenced in their reactions to the operation. Further parallels regarding the reactions from these countries are exemplified in the July 15 coup attempt, where the United Kingdom stood by Turkey and understood their concerns better than other such countries like Germany. Based on this pattern of reactions and relations, Turkey’s relationship with the United Kingdom has been improving, while its relationship with Germany, France and the US has been rocky and gradually deteriorating. Indeed, Turkey does await the day in which Orientalist tropes are dropped, and certain European states begin applying greater context and understanding to their perceptions of Turkey and the region.

America Alone: Here is Why
Turkey Warns US Troops In Northern Syria May Be Targeted By Its Army
Comment