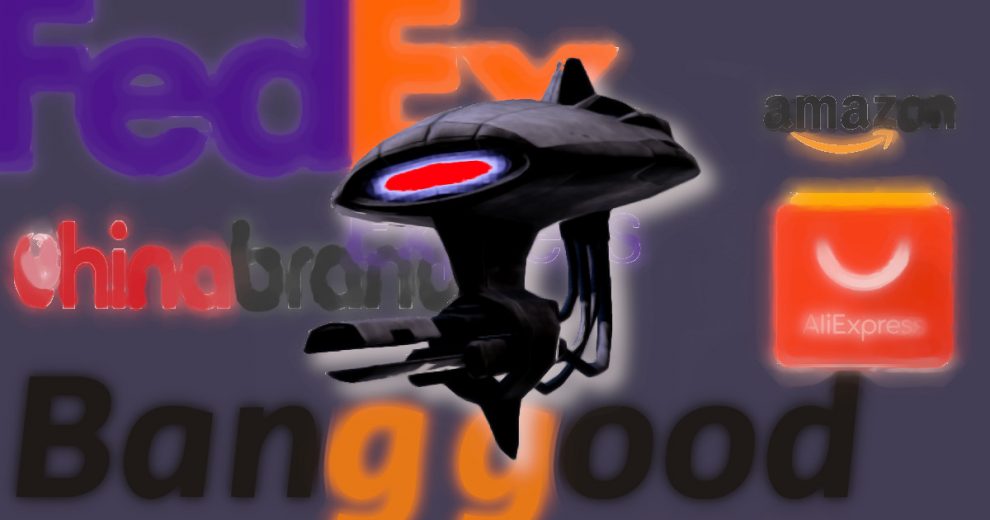 During a fishing trip of the U.S. President, as 30 secret service agents stand guard, a dark van parks in the woods near the river. Soon after, the van which carries an integrated drone launcher fires a swarm of suicide mini drones programmed in an autonomous seek-and-kill mission. Acting like smart bombs and equipped with facial recognition technology, the drones attempt to kill the president and his team. This was a scene from a movie I watched last week. Given the great leaps in drone technology during the last two decades, this drone-assassination scenario may no longer be science fiction.

Since the U.S launched the first registered drone attack in 2001 in Afghanistan, defense experts have been arguing that drones will become an increasingly common feature of modern warfare. Not only has this proved to be right, but also drone proliferation in the battlefield has been increasing lately at an alarming pace.

Drones (or UAVs) were initially designed as a non-lethal utility to conduct intelligence, reconnaissance and surveillance missions. However, soon enough, drones were upgraded to become lethal, and ever since they have been used as a weapon. Nowadays, there are different types of drones ranging in size from as small as a finger weighing only 16g to as big as some commercial private airplanes. The costs of producing or acquiring a drone also vary from as little as $100 to as much as $400 million.

With the proliferation of drone technology and its constantly increasing lethality, both state and non-state actors are racing to acquire and utilize drones in their field operations

With the proliferation of drone technology and its constantly increasing lethality, both state and non-state actors are racing to acquire and utilize drones in their field operations. For states, drones are much cheaper to produce, operate, and maintain than the normal fighter jets. They come with several operational and tactical advantages that surpass those of fighter-jets. Unlike fighter-jets, drones can expose a movable target, hover over it for a long time, track it, and finally hit it, all while in the sky providing real-time surveillance and collecting valuable information to allow sharp decisions and flexible scheduling to execute a mission.

For a long time, the U.S. and Israel enjoyed a sort of monopoly over drone technology, but not anymore. Both states are still superior in many respects, but more states are stepping up their efforts to manufacture, acquire, and operate drones. The Middle East region, in particular, has seen a proliferation of drones in the last few years. Although the need for military defense is one reason for the phenomena, a report prepared for the UK’s Royal United Services Institute (RUSI) concludes that “national prestige and status is the main reason that most states” in the Middle East are increasingly acquiring drones.

Chinese drones in particular have gained popularity lately in the region. According to a 2019 report for the U.S. Defense Intelligence Agency (DIA), “China is a niche provider of armed [drones] in the Middle East,” and because it is not a member of any international export control body, it faces little competition. The most famous types of China’s drones in the region belong to the medium-altitude, long-endurance (MALE) drone families: Wing Loong manufactured by the Chengdu Aircraft Industry Group (CAIG), and Cai Hong “Rainbow” built by the Chinese Aerospace Science & Technology Corporation (CASC). UAE, Saudi Arabia, Iraq, Egypt, and several other countries operate Chinese drones.

The proliferation of Chinese drones in the region is due, first, to their relatively cheap price compared to other unmanned systems from the U.S. Second, they come free of strings. Today, Chinese drones are present on nearly every battleground in the Middle East (Yemen, Iraq, Syria, Egypt, Libya, Niger, etc.).

Since 2015, Saudi Arabia and the UAE have extensively used Chinese Wing Loong drones to perform airstrikes and targeted assassinations in Yemen

Since 2015, Saudi Arabia and the UAE have extensively used Chinese Wing Loong drones to perform airstrikes and targeted assassinations in Yemen. In one Emirati operation, a Chinese drone equipped with Arrow-7 missiles assassinated the Houthi leader Saleh Ali al-Sammad. In 2017, Saudi Arabia struck a deal with Beijing to set up the first Chinese drone-factory in the Middle East and domestically manufacture around 300 Wing Loong-IIs and CH-4 drones in the kingdom.

In Libya, Chinese drones have been employed to support the Libyan warlord Khalifa Haftar who has used them in his offensive against the internationally recognized government (GNA) in the capital of Tripoli. The strikes resulted in no strategic outcome but it has fueled the conflict and increased the death toll among civilians. Moreover, China’s drones there have been locked in a face-off battle with Turkish drones.

Turkey, although a newcomer to drone technology, has rapidly emerged in the last five years and is becoming a drone power. Ankara designed, developed, and produced several indigenous unmanned systems that proved to be very efficient and effective in its counter-terrorism efforts inside Turkey and outside its borders, mainly in Syria and Iraq. The most famous type currently is the Bayraktar TB2. It can fly at an altitude of 27,000 feet for up to 24 hours with a range of up to 150 km while carrying a payload of 55 kg. The drone has been exported so far to Qatar, Ukraine, and Libya.

Turkey is reportedly set to become the first nation to use drones able to find, track, and kill targets without human intervention

The Guardian newspaper claims that Ankara would not have been able to develop its drone power without the help of UK technology, yet the godfather of Turkey’s drone program, Selcuk Bayraktar categorically denies this claim. Today, Turkey which is on its way to becoming the world’s second-largest user of lethal drones is looking for opportunities to export its drones while aspiring to develop autonomous and supersonic drones. Turkey is reportedly set to become the first nation to use drones able to find, track, and kill targets without human intervention.

Unlike Turkey, Iran produces relatively primitive drones using parts and engines smuggled from the outside, especially from Germany. Tehran has also used reverse-engineering to clone many of its drone systems based on captured Western UAVs. The 2019 DIA report on Iran’s military power describes the UAVs as “Iran’s most rapidly advancing air capability.” The IRGC carried out its first drone long-range, cross-border strike in 2018, and deployed various armed and unarmed UAVs to Syria, Iraq, Lebanon, and Yemen. These countries have been used as a testing ground for Iran’s drones against the United States, Israel, Saudi Arabia, and others.

Iran has always had a problem in weaponizing its drones with advanced systems. However, that has not prevent it from turning some types into suicide drones/flying bombs. This kind of drone presents a challenge that can be clearly seen in the Houthis attack in September against the critical facilities of Saudi oil giant Aramco. The attack cut off around 50% of Saudi Arabia’s oil production or around 6% of global supplies of oil.

The most dangerous aspect of Iran’s drone program is Tehran’s transfer of the lethal technology to its regional militias such as Hezbollah in Lebanon, the Shiite militias in Iraq, and the Houthis in Yemen

The most dangerous aspect of Iran’s drone program, however, is Tehran’s transfer of the lethal technology to its regional militias such as Hezbollah in Lebanon, the Shiite militias in Iraq, and the Houthis in Yemen. This makes Iran the number one supplier of lethal drones to non-state armed actors in the world. These militia groups are increasingly able to utilize different types of drones and employ them in their operations.

In general, non-state actors have never enjoyed, until now, access to the aerial dimension of warfare. This was initially their most fatal disadvantage. However, due to the proliferation of drone technology in the last decade, non-state armed actors are increasingly able to create a threat from above, a threat that remained till recently the exclusive domain of states against non-state actors. Drones psychologically boost the status of the non-state actor and its capacity to cause harm and terror.

Hezbollah is the oldest non-state or semi-state actor to use drones in the region. It has a fleet of more than 200 drones. Some of them were used against Israel in 2004, 2006, 2012, 2016, and against Syrian rebels in 2014 and 2015. In 2012, Hezbollah conducted its most drone-daring mission against Israel’s nuclear complex at Dimona using a drone equipped with components manufactured in Germany by Siemens AG.

Attacks involving drones will only become more common weapons of war and will eventually pose a global concern. Non-state armed groups equipped with military-grade drones pose a far greater threat from above

As drone technology matures, undoubtedly payloads will increase and prices will decrease. Attacks involving drones will only become more common weapons of war and will eventually pose a global concern. In the future, non-state armed groups equipped with military-grade drones provided by state sponsors—such as those supplied to Hezbollah and to the Houthis by Iran—are expected to pose a far greater threat from above.

Injustice around the globe: Palestine, Kashmir, East Turkestan
The Eastern Mediterranean dispute: is there light at the end of the tunnel?
Comment