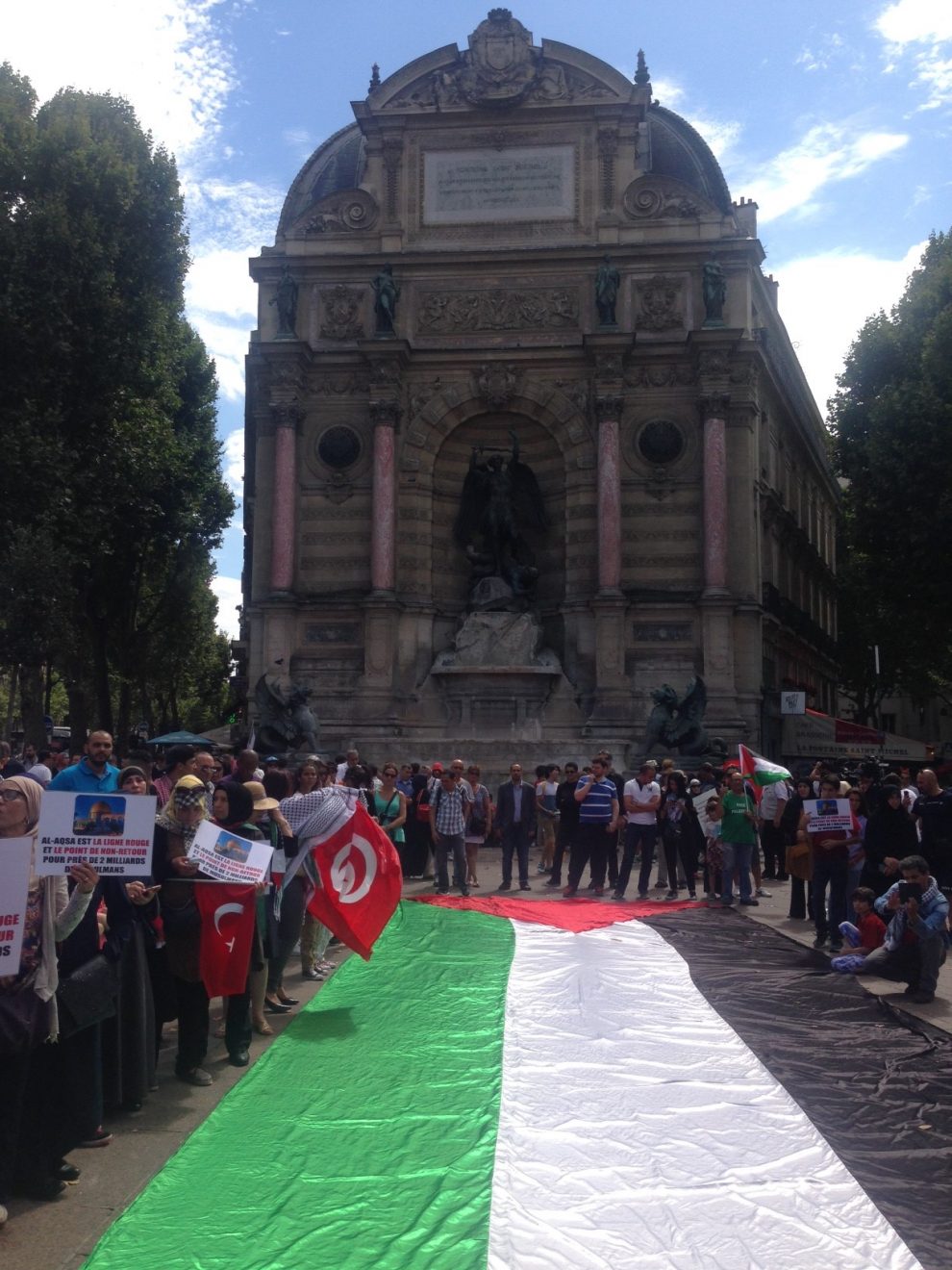 The recent attacks in Europe and the U.S. are but one act in a series of serious threats posed by “homegrown” radicalism from young immigrant Muslim dissenters. This menace has forced Western domestic intelligence to deal with a case that demands vigilant law enforcement on one hand and a general review of Muslim leaders in the West on the other.

There is a pressing need to initiate and educate these young devoted Muslims and inform the majority of their fellow citizens in the West regarding the virtuous values of Islam.

In this case Muslim scholars and leaders need to open the gate of Islamic jurisprudence (Beb al-Edjtehad) as an opportunity to explore this field of Islamic doctrine (al-Feqh al-Islamee) and tackle the issue of jurisprudence. In recent years this so-called “homegrown” terrorism has become all too real. Western authorities have shown themselves increasingly on guard realizing that the threat from radical Muslims is on the rise in the West.

For instance, some Somali-American youths traveled from Minnesota to Mogadishu in 2008 to join a radical group (Echabab movement) in Somalia. In 2009 Nedhal Hassan, an American army major, was charged with the killing of 13 soldiers and wounding of 32 at Fort Hood, Texas. Then there was the attempted car bombing in Times Square which failed in 2010. In March 2012, Mohammed Merah initiated a series of three gun attacks targeting French soldiers and Jewish civilians in the cities of Montauban and Toulouse in southwestern France.

In total seven people were killed, and five others wounded, four seriously. After a 30-hour siege the perpetrator was shot and killed by police in an apartment in downtown Toulouse. In January 2015 a policeman was shot dead and twelve satiric journalists were killed.

This tragedy ended not unlike the Charlie Hébdo newsroom attack in Jan 2015, whose perpetrators vanished only to be surrounded later by police special forces in a warehouse in an apartment in north Paris, a hub of immigrants from North Africa and the Sahel. On December 2nd Syed Farouk and his wife Tashfeen Malik opened fire at a holiday party in the Inland Regional Center in San Bernardino, CA, leaving 14 people dead and 21 wounded, most of them the county’s employees.

None of these events are isolated. Though Muslim radicalism is operational and in some cases organizational at the domestic level, it is connected to global radicalism. It demonstrates a “militancy” evolution, launched on the premise of a global operation to recruit and carry out suicide attacks in the West, which in general is the provenance of al-Qae’eda’s franchise and the ISO’s militant retaliation on Western targets.

The domestic radical Muslim phenomena represents a serious and expanding challenge for Western intelligence as well as Muslim community leaders. How does one know whether a person is a radical or not? For instance, cases in the U.S. have shown that these radicals are highly educated and derive from a middle class family milieu living in the suburbs of American cities. Nonetheless, terrorism experts and domestic intelligence officials have warned about the threat posed by “homegrown” Muslim radicals of U.S. citizenship.

They have cited examples from Britain’s experience based on a combination of intelligence and cooperation from the local Muslim community in the United Kingdom before and after the London metro bombings of 2005.

Some analysts believe Muslims in the U.S and the U.K. are better integrated, educated and wealthier than their counterparts in Belgium and France. Similarly, they believe that America’s “melting pot” of ethnicities and religions offers protection from internal radical strife. However, a new generation is emerging among the Muslim communities in the U.S., particularly radical young men using a simplistic justification for their acts derived from current U.S. and E.U. foreign policy in the MENA and the Sahel.

Add to that the hate speech of the far-right racist politicians in France, Holland, and Germany and in the U.S. like President’s Donald Trump MENA foreign policy actions and doctrine.

Those Jihadists are labeled for being indoctrinated by radical preachers on YouTube and on-line libraries and chat rooms. These modern communication tools are the extension of global terrorism by such means, so the “homegrown” terrorism becomes “global” (globalization with local considerations) as Dr. Mathieu Guidère defines it. U.S. officials have acknowledged the need to address the radical question posed by young American Muslims, and in 2011 the White House added combating homegrown terrorism to its national security strategy, a strategy that places law enforcement and close intelligence on suspected radicals. In this context, the united efforts of FBI agents an

d local law enforcement, through outreach to the local Muslim community, were successful in preventing an attempted bombing of a pubic event in Portland, Oregon, by Mohammed Mahmoud in 2011. It is vital that Muslim community leaders control the message and avoid such reckless activities of the young, who are putting an end to their dreams by their own hands.

Muslim imams should focus their Friday Khotba (sermon) on the life of the Prophet Mohammed (a-Seera a-Nabaouia) because these young people seem lost in the message that they bear and the faith in which they believe. Though, the majority of those young radicals are self-taught “Imams” who don’t follow scrupulously the teaching of Sunni Islamic doctrine and the four schools of thought.

The Salafi movement  is an ultra-conservative orthodox movement within Sunni Islam that references the doctrine known in the Western media as Salafism/Jihadism. The doctrine takes its emanation directly from the Prophet Muhammad and his earliest followers, including the four Califs — a-Salif a-Salih (the pious forefathers). They reject religious innovation, jurisprudence (Edjtehad), qualifying it as Beeda’a (heresy), and support the implementation of Sharia’a (Islamic law) in the society as the authority of Allah (Hokm Allah).

The movement is often divided into three categories: the largest

group are the purists, who avoid politics, and focus on Da’awa a

nd Tabligh like the Jama’at in Pakistan and India; the second largest group are the militants, who get involved in politics like Hizb a-Nour in Egypt and Hezb a-Sahwa in Algeria; the smallest group are supra-national Jihadists, who form a tiny (yet infamous) minority.

However, the latter takes from the Salafi teaching a doctrine that focuses on the text and the pretext rather than the context in their fetwas. The Prophet Himself, prosecuted by Mecca’s political and financial establishment, sought refuge. He sent his companions to Abyssinia (Ethiopia) for a time before he received the revelation to immigrate to Medina. (I offer this as an analogy to what al-Ansar (protectors) offered the Prophet and his companions when they arrived in Medina) at the Hejra of the Prophet from Mecca to Yethreb (Medina).

This historical element in the founding of the Islamic nation is a very important one to teach young Muslims, especially those living in the West to let them understand that Islam in the West intellectually and in religious actions is at Mecca’s stage. Hence, Muslim scholars in the West should introduce a sociological approach to the founding of the Islamic nation established by the Prophet and His companions in Medina and introduce an educational curriculum in accordance with the socio-culture of the Western societies in which they live.

Unlike the argument of the so-called Jihad in the West “experts” (Westerners and Easterners), who claim that the young Muslim Jihadists in the West are only in the Mecca “stage,” in other terms it is a must today to espouse exile (al-Hejra) and leave the Western land (Koffar) and find refuge in a Muslim land (Tunisia, Libya, Syria and Iraq) because of the complex geo-political imperatives.

The Western Jihadists with immigrant decent are in an identity crisis and are looking for a physical address by joining ISO, pledging loyalty and disavowal (al-Wala oua al-Bara) to al-Baghdadi and his dystopian Caliphate.

Western countries welcome and embrace Islam and offer their support to Muslim communities. Germany is an example of reaching out to the local community in the aftermath of last year New Year’s Eve Cologne incidents. On the other hand, there is a clear anti-Muslim/refugee sentiment. On the same stance, Americans also showed their support for the Somali community after the attempted terrorist act in Portland, Oregon.

Soon it is to be hoped the French will recover from the Paris and Nice attacks and show their kindness again so that the Spaniards in the wake of Barcelona attack last Summer, but it all takes time.

Muslims can practice their faith in the West without paranoia, guilt or fear because they live in countries with laws and accountability. Muslims in the West should urge their leaders to unite and initiate Ejteehad in order to curb these activities that are being committed by self-destructive individuals, who believe it is a sin even to live in the West, but who ignore the greatest sin of all by hijacking a religion that prohibits any harm to living things.

A league of Muslim countries
Facebook Says It Is Deleting Accounts At The Direction of The U.S. and ISRAELI Goverment
Comment