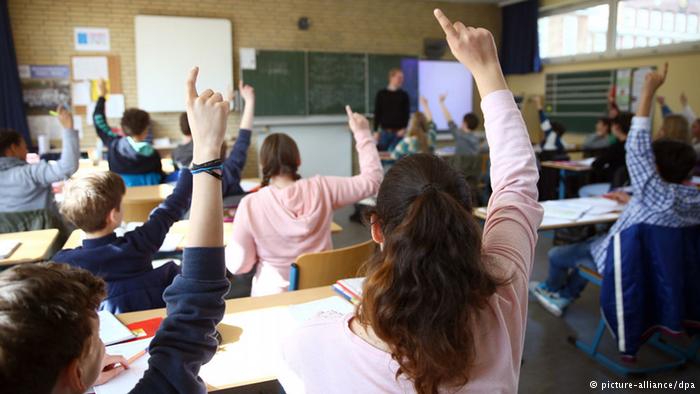 His party boss, Martin Schulz, whose love for Turkey is very well documented from his tenure as the president of European Parliament, was more forthcoming when he described the reasons his country would not allow President Recep Tayyip Erdoğan to speak to German citizens of Turkish-descent in a rally during the G-20 Summit in Germany: “I don’t want Mr. Erdogan, who is jailing members of the opposition and journalists in Turkey, to hold large-scale events in Germany.”

Mr. Schulz and his cronies are also known about their crooked and dishonest portrayals of Turkey. Let us correct a couple of them here:

A. As president, Mr. Erdoğan does not have an iota of say in judicial matters. He may applaud or condemn court rulings like anyone else, but he cannot have anyone jailed or released. He cannot even ask public prosecutors to initiate a legal investigation against individuals. Don’t they even read executive summaries easily found about the constitutional powers of the president and the government in Turkey?

B. The coup attempt in Turkey on July 15, 2016 was real. We all lived through it. Some of us lost loved ones; some were maimed by tanks rolling over them, while Germans and other allies of ours (except the United Kingdom) in NATO were carefully watching to see whether it was going to be successful.

C. There were large scale arrests in the wake of the events simply because (1) even military college kids were forced to shoot at people who were resisting the coup (2) and for nearly two years the government was fighting against, what was then called, the “parallel apparatus of government structure.”

If current German rulers got off their high horses and listened to what Erdoğan has been telling them for the last two-three years, then maybe they would comprehend the situation better. They should stop providing safe heavens to the members of the Gülenist cult.

As the Turkish government has been informing, those religious fanatics had been sneaking into government offices, the judiciary, the armed forces and the police since early 1980s. They have been exploiting the fight against age-old Republican policies based on a misconstrued secularist beliefs and rejection of different life styles of the people. Masquerading as a religious sect, the Gülenist cult abused the privileges provided to the people who had been deprived of their civil rights to enter the civil service like anyone else.

The more liberty the society enjoyed after the rapid corrections under the Justice and Development Party (AK Party) rule, the more cultists seeped into the civil service to organize themselves as a parallel bureaucracy. Enjoying the constitutional independence of the judiciary, the cult members plotted against everyone that was not part of their plan. Hundreds of police chiefs, armed forces officers, judges, writers, and teachers were fired from their jobs and replaced with the cultists.

At one point, they decided to make frontal attack on the government members. That was their biggest mistake, which showed everyone that they were not a simple religious group aggrieved under the divisive practices of the bureaucracy like all the similar groups. The government (and everyone else in the country) wised up since the cult finally decided to topple the government by using the police and judiciary, which they thought that they had fully penetrated.

As the judiciary recovered from those parallels, it started to prosecute the culprits. The coup attempt simply hastened the legal procedure and added the arrests of those who were identified in the morning hours of that fateful night.

Herr Gabriel, do you get it?