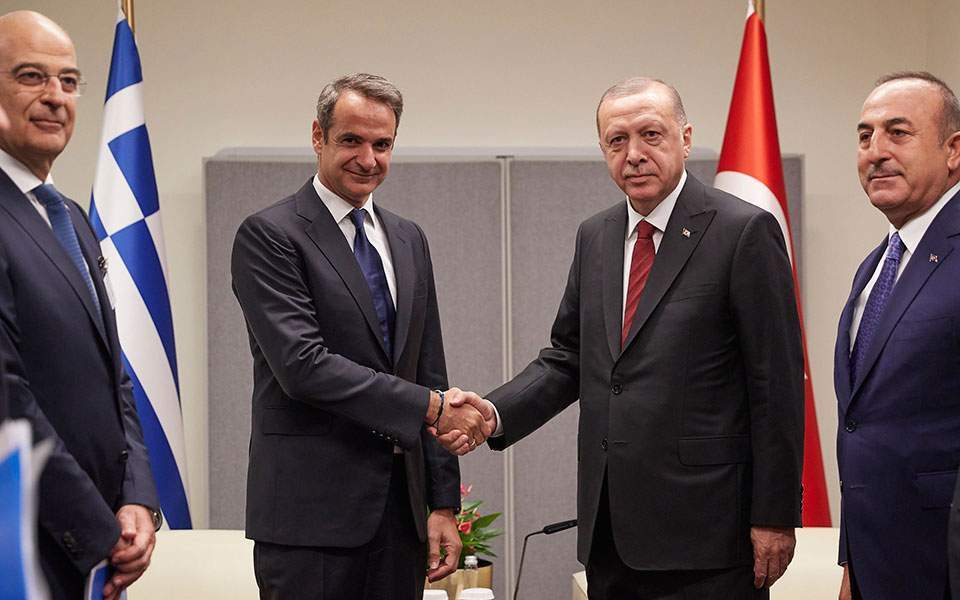 Greece has been eying the options to thaw strained relations with Turkey despite recently hostile policies after failing to gather substantial support for its anti-Turkey alliance in the east Mediterranean and being criticized even by its own opposition for signing a maritime deal with Italy after concessions on decades long sea rights claims.

Greek Prime Minister Kyriakos Mitsotakis has made statements that suggested soured relations between Athens and Ankara have recently been thawing. Mitsotakis has spoken to the Greek radio Skai on which he said “We are neighbors, we may have our differences but that does not mean we are not supposed to talk.” The Greek prime minister also said that his country is not among the EU states that insists on keeping Turkey in risky category. Tensions between the neighbors have increased after Turkey allowed refuges to move forward to Greek border last year. But the main source of crisis between Turkey and Greece is the recent steps of Ankara in the eastern Mediterranean. Turkey has been exploring gas reserves in areas that belong to Turkish Republic of Northern Cyprus. Greek and Greek Cypriots consider Turkish actions in the Mediterranean “an attack on Cyprus.”

Turkey has also signed maritime deal with the legitimate UN-recognized government of Libya last year which created an exclusive economic zone for Turkey in the Mediterranean. In search for alliance for its struggle, Greece hastily sign a similar deal with Italy. Athens also established closer relations with Libyan warlord Haftar whom has been accused of war crimes and mass murders.

However, Greece has been slowly backing away from its anti-Turkey position after realizing the cost of that policy could be much grater. Greek prime minister Mitsotakis had a phone call with the Turkish president Erdogan on June 26th which was the first contact between the leaders since the relations went south. According to Voice of America, Mitsotakis has offered a mechanism to Erdogan to keep the dialogue channels open between the countries. The Greek prime minister also said he now feels more comfortable   picking up the phone to talk to Turkish President Recep Tayyip Erdoğan since an ice-breaking call in June.

The issue of returning Hagia Sophia to its rightful owner foundation and reinstate its mosque status has also added to the heated debate between the two countries, as Greece opposed the proposal. But Turkish FM Cavusoglu said it us Turkey’s sovereign right and the issue is a domestic matter.