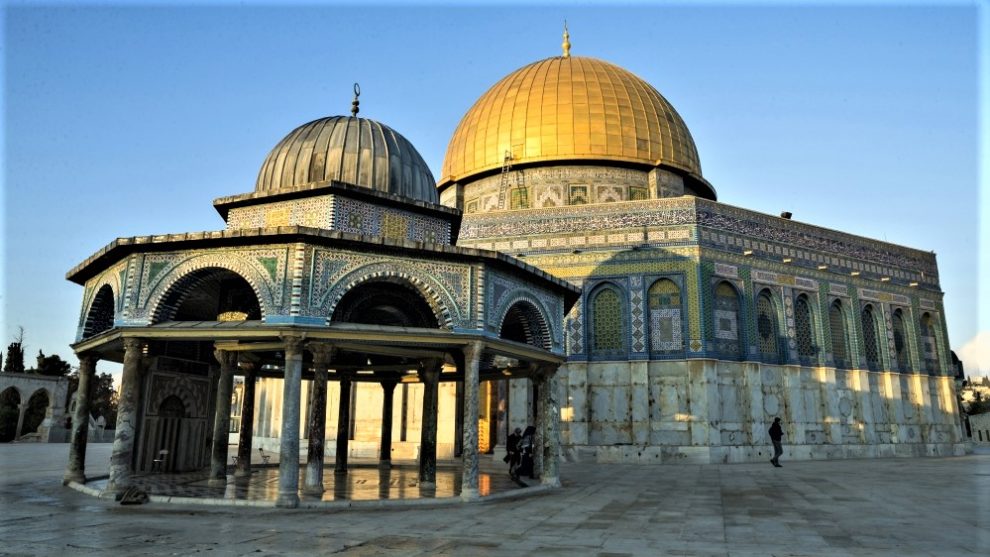 Already at the core of the Israel-Palestinian conflict, Jerusalem is emerging as yet another frontline in the struggle for regional hegemony in the Middle East. With its annexationist policies, Israel is backing Saudi and UAE efforts to counter Turkish activity in the city and weaken Jordan’s position as the custodian of Islam’s third most holy site.

Israel, with the backing of the Trump administration, may have full administrative control of Jerusalem but that has not shielded the city from becoming a fault line in one of the Middle East’s major divides that pits Israel, Saudi Arabia, and the United Arab Emirates against Turkey, with Jordan caught between a rock and a hard place.

The rivalry has turned some of the city’s real estate — a historic Muslim cemetery, and the Jordanian-controlled religious endowment that administers Islam’s third most holy site —into battlefields.

Jerusalem has emerged as a frontline against the backdrop of Israeli Prime Minister Benjamin Netanyahu’s promise to annex parts of the West Bank captured from Jordan during the 1967 Middle East war.

Positioning itself as a leader of Muslim opposition to Israeli policy, Turkey has been vocal in its criticism of Mr. Netanyahu’s plans. In contrast to Turkey, the UAE and Saudi Arabia, while publicly warning against annexation, have signaled that it would not impact their cooperation with the Jewish state.

As if to underline that, WAM, the official UAE news agency, confirmed in recent days in a rare public acknowledgment that an Abu Dhabi technology company had signed a memorandum of understanding with two Israeli defense companies, Rafael Advanced Defense Systems and Israel Aerospace Industries (IAI), on cooperation in coronavirus-related research.

Closer cooperation with Israel has, however, not translated into successful Emirati and Saudi efforts to garner Palestinian support and counter Turkish-led opposition.

The UAE hopes that the Emirates could position Mohammed Dahlan, a controversial Abu Dhabi-based former Palestinian security chief with close ties to Crown Prince Mohammed bin Zayed, as a successor to aging Palestinian President Mohammed Abbas appear to have faded.

Instead, Palestinian Prime Minister Mohammad Shatiyyeh, a critic of the UAE’s coronavirus medical aid for Palestine, has emerged as a potential successor on the back of his handling of the pandemic and grip on economic issues.

Mr. Shattiyeh’s Palestinian Authority rejected the UAE’s coronavirus medical aid delivered to Tel Aviv airport on flights by Abu Dhabi’s Ettihad Airways, the first ever by an Emirati airline, because they were neither coordinated with the Palestinian government nor was it consulted.

UAE and Saudi efforts to counter Turkish efforts to don the mantle of Muslim leadership in countering Israeli annexation plans date back to Turkey attempting to take the lead when US President Donald J. Trump in 2017 recognized Jerusalem as Israel’s capital and moved the US Embassy from Tel Aviv to the city.

The UAE and Saudi Arabia downplayed an Islamic summit convened at the time in Istanbul by Turkish President Recep Tayyip Erdogan and failed to persuade leaders like King Abdullah of Jordan not to attend and send only lower level representatives.

The battle has since shifted to Jerusalem itself.

In the latest incident, Israel last month removed a plaque commemorating the contribution to the restoration of Jerusalem’s historic Yusufiye cemetery by the Turkish Cooperation and Coordination Agency (TIKA).

The cemetery is adjacent to the city’s old walls and falls under the authority of the Jerusalem Islamic Waqf.

The Waqf is the Jordanian-funded endowment that administers the Harm al-Sharif or Temple Mount that is home to the Al-Aqsa mosque and the Dome of the Rock. It is also where Judaism’s two ancient temples once stood, according to Jewish tradition.

Cash-strapped Jordan has in recent months fended off Israeli-backed Saudi attempts to be granted representation in the Jerusalem Waqf on the grounds that Saudi King Salman is the custodian of Islam’s two holiest cities, Mecca and Medina. The Harm al-Sharif is the faith’s third holiest shrine.

“If the Jordanians allow the Turks to operate unhindered at the Al-Aqsa Mosque compound, within a matter of years their special status in charge of the Waqf and Muslim holy sites would be relegated to being strictly ‘on paper,’” the diplomat was quoted as saying.

The renewed Saudi attempt builds on a donation of $150 million USD in support of Islamic heritage sites announced by King Salman immediately after Mr. Trump’s recognition of Jerusalem as Israel’s capital.

The donation dwarfed millions of dollars in Turkish bequests to Islamic organizations in the city.

Raed Daana, a former director of preaching and guidance at Al-Aqsa Mosque Directorate, said at the time that Saudi Arabia had secretly invited Palestinian Muslim dignitaries in a bid to garner support for a Saudi power grab.

In a rare move, Iyad Madani, a Saudi national, visited Jerusalem and the Harm al-Sharif in 2018 in his capacity as then secretary-general of the Jeddah-based, 57-nation Organization of Islamic Cooperation (OIC)

An Al Jazeera investigation suggested, however, that the UAE successfully funded acquisition of property in Silwan on the outskirts of Jerusalem’s old city that had since been transferred to Israeli settlers.

Turkish activity in Jerusalem is sparking concern not only because of Israeli, Saudi, and Emirati opposition to Turkey’s geopolitical ambitions and support for the Muslim Brotherhood but also because it, unlike the two Arab states, can exploit the fact that it maintains diplomatic relations with the Jewish states.

This has facilitated the activities of TIKA that serves as a tool to enhance Turkish influence across the globe. It has also allowed thousands of Turkish supporters of Mr. Erdogan’s Justice and Democracy Party (AKP) to visit Jerusalem as pilgrims.

Turkey’s Directorate General for Religious Affairs (Diyanet), that is part of Mr. Erdogan’s office, listed the al-Aqsa Mosque in 2015 as a site for the umrah, the lesser Muslim pilgrimage.

Israeli authorities have accused Turkish nationals of instigating Palestinian protests, including on the Harm al-Sharif.

Yossi Melman, a prominent Israeli military and intelligence affairs reporter, reported last month that Israel was monitoring recently increased TIKA activity in Jerusalem that included financial and food donations as well as the funding of a coffeeshop, hostel, and cinema.

“Turkish activity in East Jerusalem is certainly creating tension, both with Saudi Arabia and Jordan,” said Gallia Lindenstrauss, a scholar who is writing a book on Turkish-Israeli relations.

Ms. Lindenstrauss cautioned that Saudi (and Emirati) efforts would not halt Turkish activity in Jerusalem. “I expect that activity to continue,” she said, ensuring that Jerusalem is likely to remain in the forefront of the Middle East’s geopolitical divides.

From a Palestinian perspective, there may be a silver lining in a heightened Turkish interest in Jerusalem at a time when Palestinians have few options to thwart Israeli annexation.