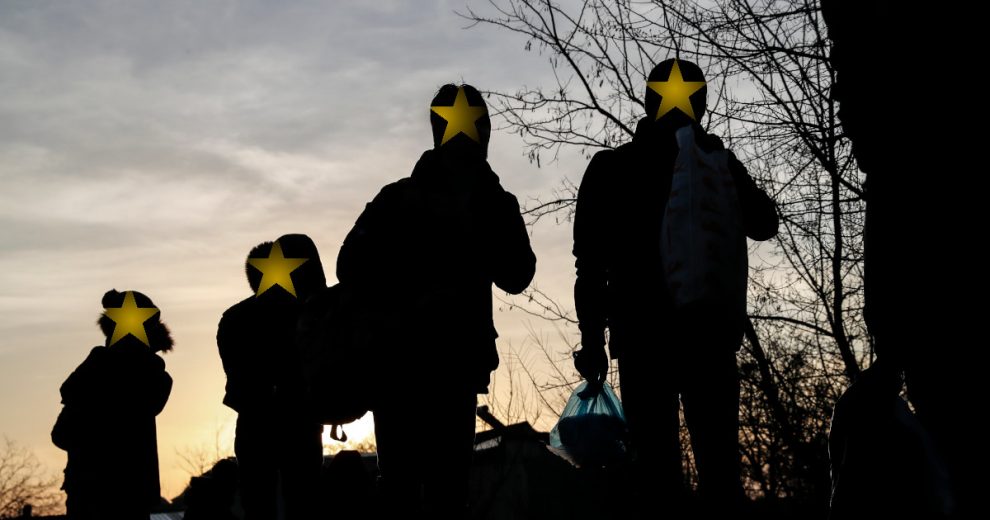 Nearly 200,000 refugees have so far left Turkey for various European countries since the former opened its borders last week. The EU authorities, however, keep blaming Turkey as if it is using the issue as a political tool.

A week ago, Turkey announced it would no longer stop migration, as agreed in a 2016 deal with the EU. But those who go back to the starting point of this arduous trek, are not just unwelcome by the Greek government, they have also been forcefully blocked. Now the European border Robocops (EU Border and Coast Guard Agency, Frontex) took over the job of beating and pushing migrants and refugees back to Turkish soil.

Meanwhile, EU foreign ministers met in Croatia, which is on the transit route of refugees to mainland Europe. They accused Turkey of using what they call “migratory pressure for political purposes.”

In a statement issued after the meeting, the EU offered Turkey “more bribes” to keep the refugees away from the Greek border. EU foreign policy chief Josep Borrell admitted that Turkey “has a big burden” and suggested the EU should discuss giving Turkey more money.

They think that Turkey should deny the basic human rights of Syrian, Afghan and many other people to migrate from imminent danger in their countries to safety. Borrell is a Catalan politician, so, he should remember the saga of the Catalan leader Carles Puigdemont escaping arrest by the Spanish authorities and taking refuge in Belgium, bringing his case to a court there.

Only four months ago, the whole world witnessed how Puigdemont was saved from imminent danger in his native country. He became a refugee as defined by international law. Yes, the Spanish government itself has a very dismal record on recognizing refugee rights, but historically the great Spanish lawyers have contributed to refugee laws for centuries and even to the 1951 U.N. Convention on the subject.

International law for refugees is just an extension of basic human compassion to those who need asylum from the danger. If Turkey must provide a safe haven to Syrians escaping their own government’s barrel bombs, so should Spain, Germany, France and all of the western, eastern, northern and southern European countries. Where did the mighty creators of Western civilization go? The grandchildren of those grand lawyers who now do not believe the rights of Syrian refugees, Afghan migrants, forcefully pushing them back to Turkey should remember this – one day they might need the right to have their case be adjudicated by a court. All those refugees should be able to go and see a judge in Madrid, Brussels or Berlin, as Catalan leader Carles Puigdemont did, or as Borrell could. He may be a Catalan politician, working for the central government in Spain now, but who knows what the future has in store?

The EU narrative about “giving more money to Turkey” is like adding insult to injury. The EU has not given Turkey even 1 cent in Turkey’s national purse for Syrian refugees, and only a fraction of what they promised for the UNHR authorities has been realized so far. Because Turks are generous and honorable people and they are taking care of their guests from Syria without the dirty alms of Europeans, the EU hoped that it would be absolved from their universal duties. But they are not. They are just deceiving themselves and their children. Rather than passing on the values of the great European civilization, EU administrators are teaching the young Europeans to beat, rob and even kill refugees.

The European foreign ministers said, “The situation at the EU external border is not acceptable.” The only logical sentence in their statement being this. The way the Greek police have acted so far is simply not acceptable by civilized people. You cannot kill a refugee at the border who is fleeing danger in his own country.

Europe should be ashamed of itself.