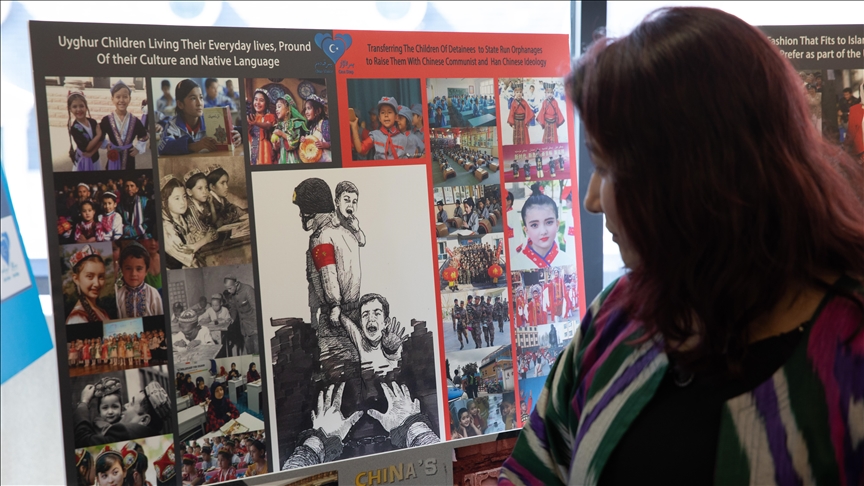 China sends children of oppressed minority Uyghurs who are in exile to orphan camps, according to Amnesty International.

In a new report released Friday, Amnesty called on China to release Uyghur children who are kept forcibly in orphanages without the consent of their parents.

In the report, exiled parents who say their children were sent to orphanages spoke to the human rights group.

Mihriban Kader and Ablikim Memtinin said that in 2016 when they fled to Italy from Xinjiang — where the Uyghurs form the largest group — they left their four children in the temporary care of grandparents.

Soon afterward the grandmother was taken to a camp, the mother Kader related.

“Our other relatives didn’t dare to look after my children after what had happened to my parents,” she said, adding: “They were afraid that they would be sent to camps, too.”

In 2019, Kader and Memtinin got a permit from Italy to bring their children to join them, but the children were seized by Chinese police on the way and sent to an orphanage, the group said.

“Now my children are in the hands of the Chinese government and I am not sure I will be able to meet them again in my lifetime,” the mother said.

Omer and Meryem Faruh, who fled to Turkey in 2016 after police demanded they hand over their passports, left their two children in the care of Meryem’s parents at home as they lacked travel documents, Amnesty said.

Later they found out their relatives had been taken to internment camps, and they have not heard the voices of their children since, Amnesty added.

Alkan Akad, Amnesty International’s China researcher, said that China’s mass detention campaign in Xinjiang has put separated families in an impossible bind, adding that their parents face persecution and arbitrary detention if they try to return home to care for their children.

The Xinjiang region is home to around 10 million Uighurs. The Turkic Muslim group, which makes up around 45% of Xinjiang’s population, has long accused China’s authorities of cultural, religious and, economic discrimination.

Up to 1 million people, or about 7% of the Muslim population in Xinjiang, have been incarcerated in an expanding network of “political re-education” camps, according to US officials and UN experts.

Twitter’s stubbornness ends; It will appoint local Turkey representative
US threatens companies not to involve in Nord Stream 2 gas pipeline