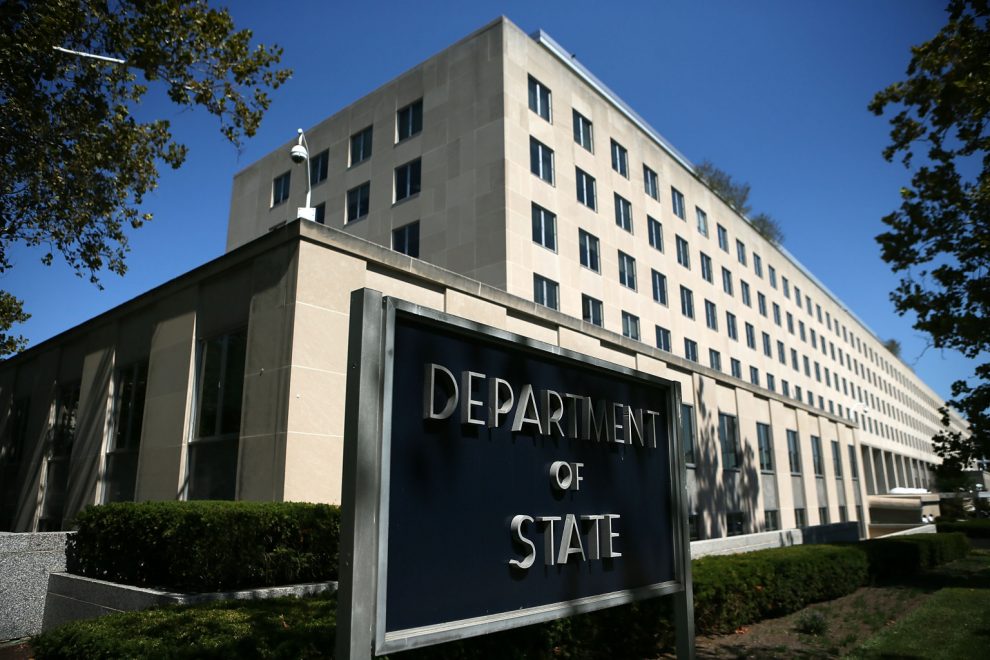 Recent human rights report on Turkey published by US Department of State contains a number of factual mistakes and incomplete information.

On 21 April 2018, the US Department of State released the 2017 Country Reports on Human Rights Practices. The report on Turkey included several factual mistakes and provided incomplete information.

Is ByLock just a “smartphone application?”

The report mentioned ByLock as a “smartphone application” and highlighted the fact that it is accepted as an evidence of FETO affiliation in its own right. But it failed to provide information that ByLock is the encrypted chat application used only by members of the Fetullah Terror Organization (FETO), not an ordinary smartphone application. Confirming the clandestine nature of ByLock, a Reuters news story stated that “More than a dozen security and messaging experts contacted by Reuters had never heard of ByLock.” Click here for a related fact-check.

The report indicated that Turkish fashion designer Barbaros Sansal was indicted and brought by authorities to Turkey from the Turkish Republic of Northern Cyprus after he made a “controversial social media post . . . that criticized Turkish society.” However, Sansal was seen in his social media post as explicitly swearing at Turkish people saying, “Drown in your own shit, Turkey!”

Did the government “take over” Mazlum-Der?

The report described the appointment by the state of a trustee to human rights NGO Mazlum-Der as a “takeover,” voicing the view of critics that the Turkish government tried to silence Mazlum-Der because of its alleged dislike for the NGO’s reports. However, the appointment of the trustee resulted from an internal conflict of Mazlum-Der. In 2016 some branches of the NGO demanded an extraordinary general assembly and 192 delegates signed a petition to that end. But after other branches of Mazlum-Der opposed the petition, the conflict was brought to court which ultimately ruled that a trustee be appointed to the NGO.

Did Turkey close borders with Iraq and Syria?

According to the report, Turkey’s “borders with Syria and Iraq have remained closed to all but extreme humanitarian cases since late 2015.” However, the number of refugees who have entered Turkey since 2015 – more than one million – suggests that Turkey did not accept refugees only in exceptional circumstances. Also, this number is equal to the total number of Syrian refugees that all 37 European countries received since the outbreak of the Syrian Civil War in 2011; and Turkey still hosts the largest refugee population in the world – more than 3.5 million. Click here and here for detailed fact-checks about Turkey’s refugee policy.

Why did the government lift the immunity of 138 parliamentarians?

Claiming that “The government restricted the activities of some opposition political parties and leaders,” the report mentioned the fact that “Nearly 150 parliamentarians remained at risk of possible prosecution after parliament lifted their immunity in 2016.” But the fact that 27 of the mentioned 138 parliamentarians belonged to the ruling Justice and Development Party (AK Party) went unmentioned in the report. Click here for a related fact-check.

Why were HDP mayors replaced with trustees?

The report touched upon the replacement of 28 mayors with trustees that took place in 2016. It read: “The government also replaced democratically elected officials with state trustees when the former were accused of affiliation with terrorist groups.” But it failed to provide any background information on the affiliation of those “democratically elected officials” with the Kurdistan Workers’ Party (PKK) – a Marxist-Leninist militant organization listed as terrorist group by Turkey, the US, NATO and the EU that seeks to impose its ideology on Turkey’s majority-Kurdish southeast. For instance, the People’s Democratic Party (HDP) Van deputy Tugba Hezer attended the funeral of a PKK suicide bomber who killed 29 civilians in Ankara. Click here for a detailed fact-check of this issue.

Is the right to campaign in any language “not protected in practice?”

According to the report, although it is possible “to campaign and use promotional material in any language; this right was not protected in practice.” But this was an inaccurate claim given that in 2015 a Turkish-Kurdish politician gave his electoral speech in Kurdish on the state channel TRTfor the first time in Turkey’s history. Click here for a related fact-check.

Were dismissed public employees unable to appeal their cases?

The report claimed that “Under the state of emergency, dismissed public-sector employees did not have access to adequate recourse to appeal their dismissals (see section 1.e.).” But in strict contrast to this allegation, fired public employees had easy access to appeal mechanisms. As a result, thousands of public employees were returned to their posts. With one of the latest decrees, for instance, 1,823 public employees were reinstated. Click here for a detailed fact-check about the appeal mechanisms in the state of emergency in Turkey.