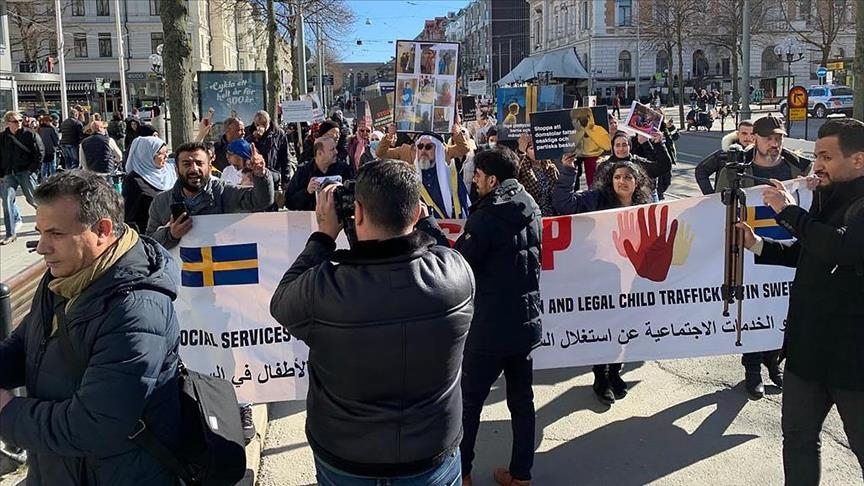 Muslim immigrant families in western Sweden continued their protests on Sunday against state social services for allegedly unjustly taking their children from their homes.

Protesters, demonstrating in different cities of Sweden since Feb. 7, gathered in Gothenburg’s Gustaf Adolf Torg Square for their eighth demonstration.

Families were holding photos of their children and chanted slogans such as “Give us our children back”, “Our children were taken from us, we were subjected to injustice,” and “We want justice.”

Speaking at the protest, a Ukrainian-national, Victoria Johansson, said she had been living in Sweden for many years and that her two children, one 5 months old and the other 2 years old, were taken from her.

Johansson said the social services took her children away after she broke up with her Swedish husband, and added: “I didn’t know about this protest. When I came to a library here, I saw this crowd and joined.”

Noting that there are many families in Sweden whose children are taken away from them, Johansson stressed that they “must be strong.”

Mikail Yuksel, the head of the Swedish Nuance Party (Partiet Nyans), voiced support to the protests saying children of hundreds of families have been taken away in the past year in Sweden.

“There are those who were taken rightly, but also those unfairly. We try to identify the ones taken unfairly and try to help through the law,” he added.