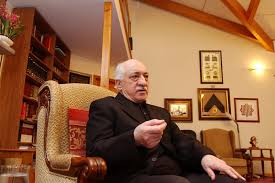 Controversial Muslim cleric Fethullah Gulen is back in the news following a diplomatic standoff between Turkey and the United States. On Oct. 8, the U.S. mission in Turkey announced a decision “to suspend all non-immigrant visa services at all U.S. diplomatic facilities in Turkey,” in retaliation for the arrest of a Drug Enforcement Administration liaison in Turkey with suspected ties to Mr. Gulen. Turkey has answered in kind by freezing the issuance of new visas.

The media spotlight on the deteriorating relationship between the two allies, however, misses the point: the self-exiled imam’s history of corruption and radicalism. Mr. Gulen’s actual record deserves the utmost scrutiny, and should not be overshadowed by the unfolding diplomatic intrigue.

The website of the cleric’s Gulen Movement, or Hizmet Movement, bills its leader as “a dedicated, pious Muslim,” who has “devoted his life to bringing peace to the world.” Yet U.S. State Department cables, divulged by WikiLeaks, reveal that Foggy Bottom, which has closely monitored Mr. Gulen since 2003, describes the preacher as “a ‘radical Islamist’ whose moderate message cloaks a more sinister and radical agenda.”

While in the United States, Mr. Gulen has received hundreds of millions in American taxpayer dollars to fund his vast network of charter schools, which have been under state-level and federal investigations for alleged, yet dire financial malfeasance in Texas, Louisiana, Illinois, Ohio and elsewhere.

In 2011, The New York Times reported that in Texas, two Gulen schools gave $50 million to Gulen-connected contractors, despite the fact that other contractors offered lower bids. Similar malfeasance and shell games has been reported elsewhere.

The curriculum and administration of Gulen schools are also suspect, with former teachers attesting to being fired and immediately replaced by new arrivals from Turkey — predominantly young men, with no English or teaching skills. Allegations have also surfaced that curricula, taught to American children, are surreptitiously comprised of Gulen’s particular brand of radical Islam.

Further is the allegation so weighty as to strain relations between otherwise close allies, Turkey and the United States, that Mr. Gulen masterminded the July 2016 failed coup attempt against the democratically elected government of Turkey. Mr. Gulen denies this claim. However, mounting evidence seems to substantiate this and, at least, warrant Mr. Gulen’s extradition for trial in Turkey.

According to former National Security Adviser and retired Lt. Gen. Michael Flynn, a noted expert on Mr. Gulen, “To professionals in the intelligence community, the stamp of terror is all over Mullah Gulen’s statements. Gulen’s vast global network has all the right markings to fit the description of a dangerous sleeper terror network. From Turkey’s point of view, Washington is harboring Turkey’s Osama bin Laden.”

Although controversy still swirls around Gen. Flynn and his departure from the Trump administration, his overall body of work — a decorated military and counterterrorism career — should not be dismissed. He knows the region, and his stance on Mr. Gulen should be taken seriously.

The Flynn controversy began with Mr. Gulen and, peripherally, Ekim Alptekin, a corporate leader of Turkish origins with a background in counterterrorism. Prior to Gen. Flynn joining the administration, Mr. Alptekin hired Gen. Flynn to perform research on Mr. Gulen to expose him and bring him to justice. In the end, Mr. Alptekin was dropped in the center of the swirling scandal and branded as some sort of agent of Turkey, an accusation he denies and one seeming without merit or proof. Conversely, the secretive Mr. Gulen is more than deserving of scrutiny.

Currently, Mr. Gulen remains in exile his gated compound in Pennsylvania, still free to do as he will and has yet to be extradited despite Turkey’s continued requests. The Trump administration would do well to consider the wealth of evidence collected by the FBI, state law enforcement agencies, individuals like Mr. Alptekin and, yes, Turkish authorities against this treacherous man. The calculus of whether to extradite Mr. Gulen to Turkey should also consider that Turkey is an indispensable friend and ally of the United States and a fellow NATO member in a very volatile part of the world.

It is time for Fethullah Gulen to go home to face the music and the justice he so richly deserves.

*This article was published in Washinton Times in 18 October 2017

Mr. Abraham R. Wagner is a senior fellow at the Center for Advanced Studies on Terrorism at Columbia Law School, Columbia University.

No use in saying ‘I told you so’
Will Turkish-Iraqi alliance go on?
Comment