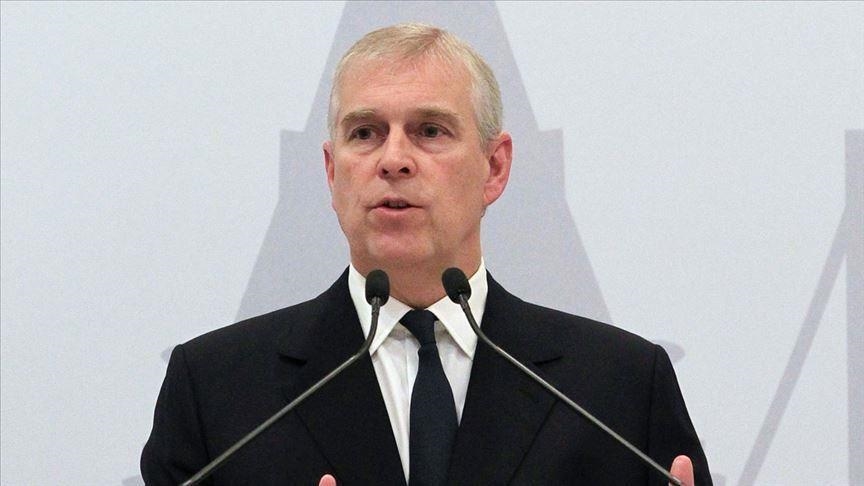 An ongoing legal dispute between a Turkish millionairess​​​​​​​ and a businessman in the UK has uncovered an alleged £750,000 (more than $980,000) payment to Britain’s embattled Prince Andrew, a High Court judge heard.

The dispute is between Nebahat Isbilen, the millionairess, and Selman Turk, the businessman.

Isbilen is the wife of Ilhan Isbilen, who was sentenced to aggravated life imprisonment for his role in the Fetullah Terrorist Organization (FETO), the group behind a coup attempt in Turkiye on July 15, 2016.

Turk is a relative of Adil Oksuz, a key figure in the attempted coup.

She was alleged to have made the payment for assistance in exchange for Turk’s help in getting her a passport.

Prince Andrew and his wife at the time, Sarah Ferguson, were named in the court case, where the judge was told the couple was paid “substantial sums.”

Local media reported that Prince Andrew has since returned the money. There is no suggestion of wrongdoing on the part of the prince or his ex-wife.​​​​​​​

Isbilen wanted to move her assets out of Turkiye after her husband was imprisoned.

Turk agreed, but Isbilen said he breached his obligations to her and accused him of “deceit.”

In the preliminary ruling of the ongoing case, the judge said Isbilen’s lawyer told him that the money was used for “purposes unconnected” with Isbilen and that “substantial sums were paid to Prince Andrew, Duke of York, and to Sarah, Duchess of York.”

The judge added that Isbilen’s legal team told him the “total sums which his client claims were misappropriated” amount to $50 million.

“Mr Turk has provided explanations for approximately two thirds of these sums, most of which have been allegedly spent on professional or other fees or lost in bad investments,” the judge said in his ruling. “No explanation at all has been given for the remaining one third.”

A separate statement from Isbilen’s lawyers said around November 2019, Turk told her that she “needed to make a purported ‘gift’ of £750,000 to HRH Duke of York by way of payment for assistance that he told her HRH Duke of York had provided in relation to Mrs Isbilen’s Turkish passport.”

“The representation that Mrs Isbilen needed to make a gift to HRH Duke of York in connection with her passport (or for any other purpose) was false, and Mr Turk made it dishonestly, knowing it to be false and intending Mrs Isbilen to rely on it,” the lawyers added.

A spokeswoman for Prince Andrew did not comment on the “ongoing legal proceedings.”

FETO and its US-based leader Fetullah Gulen orchestrated the defeated coup of July 2016 in Turkiye, in which 251 people were killed and 2,734 injured.

The Turkish government accuses FETO of being behind a long-running campaign to overthrow the state through the infiltration of Turkish institutions, particularly the military, police and judiciary.