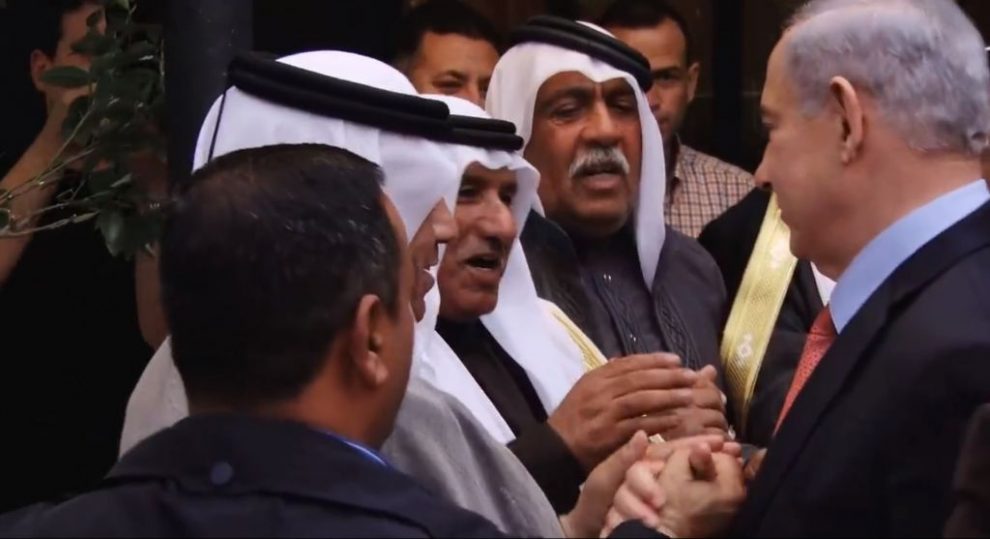 Some Muslim leaders have reduced themselves to being political fixers for the West. Nowhere is their miserable decline more visible than on the question of Palestine and the struggle to win back Jerusalem from Zionism’s illegal control.
The problem of such moronic leaders is obvious. Isolated from their people and those with wisdom and intellect in their societies, these chieftains, administrators and leaders consider it an honor when they are accepted in the Zionist-controlled dens of corruption.
So they do deals with Israel. They make deals to promote the Jewish entity’s commercial and political interests. And they have no shame in betraying the Jerusalem cause.
It’s not just a Palestinian or Arab issue. Israeli occupation of Jerusalem violates international order and tramples upon the Muslim world’s right to be in control of their third holiest mosque.
Muslim scholars of every background and geography are unanimous over the status of Jerusalem. The disunity and treachery on the matter is a created by the tinpot leaders eager to please their Western masters.
I met a number of Muslim scholars recently and they had an unmistakable message.
Ekrem Keleş, president of the Religious Affairs High Council of Turkey’s Diyanet: “Jerusalem is under occupation and defending it is our obligation. Muslims had administration of the city for centuries and there was peace. Since they lost control, there has been conflict.”
Abdullah Bin Fahad Al Lheedan, an advisor to Saudi Arabia’s Ministry of Religious Affairs: “No Muslim can sign a peace treaty that says Jerusalem is the capital of Israel. It is the third holy city in Islam after Makkah and Madinah so it is impossible for anyone to give it away.”
Abdul Rahman Al Mahmoud, a director of International Islamic Charity Organization: “Some countries are with America and Israel and they are trying to impose this idea (of giving up Jerusalem). Most Arab countries are against this. This is against our religion, our history and geography.”
From Malaysia to Morocco, there is unity that there should be no letup in pressure on Israel until Jerusalem is returned to Palestinian control.
The violence unleashed by the Jewish state after the US President Donald Trump’s announcement on December 6 to “recognise” Jerusalem as Israel’s capital shows there is no seriousness about peace on their side.
All they want is more trouble. They want their uncompromising militarist state terrorism to prevail.
Without countermeasures by the Organisation of Islamic Cooperation (OIC), Israeli provocations in the holy city and at Al Aqsa Masjid will only grow. Showing weakness in the face of Israeli-US lawlessness is a sure way to invite bigger problems.
If a viable peace settlement is not found in Palestine, Israeli actions may lead to a wider escalation in the future. There will be a regional war if Israel is allowed to continue to grow as a lawless entity and a truly sovereign Palestinian state is not established.
“For the time being the only way is through diplomacy and political means. But if Israel continues this way, in the future there will be leaders who will mobilise people to resist Israel in a stronger way,” Saudi official Abdullah believes.
The Arab world cannot continue sleeping, oblivious to the emerging threats. It will have to fight Israeli and American tanks in Makkah and Madinah if the threats are not tackled now.
The Arab countries situated next to the Zionist militia enclave must ask themselves what have they accomplished in military terms since Israel occupied Arab East Jerusalem, including the Old City and the Al Haram Al Sharif compound, in 1967?
Condemn Israel as much as you like, it won’t change its behavior. The OIC has condemned it so often, Non-Aligned Movement countries have condemned it, the United Nations condemns it. These condemnations are followed by more Israeli criminal activities.
The OIC held an extraordinary meeting in Istanbul in December and rejected US Trump’s decision to move the American embassy from Tel Aviv to Jerusalem. How did that affect Trump? He continues his utterances in the same maniacal zeal. New conflicts are being created by those are not known to adhere to decency and the rule of law.
Jerusalem had been under the Ottoman rule since 1517 before the British captured it in 1917. Endless problems started in Palestine as they did in other parts of the world where the British went.