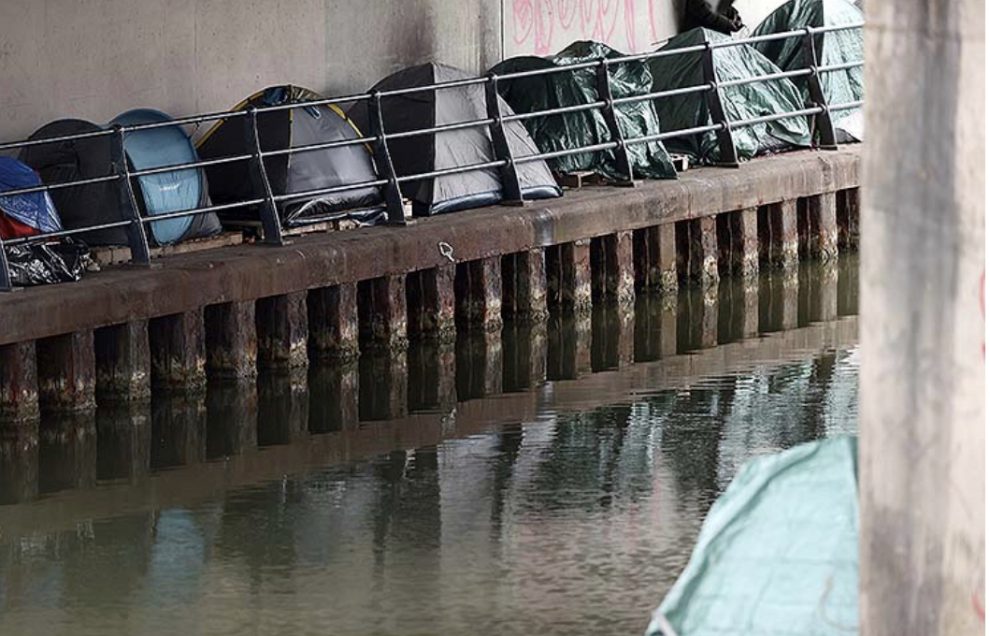 Around 800 migrants in infamous Calais camps are subjected to constant hostility of French authorities while they try to survive the harsh winter under inhumane conditions.

Calais has been dispersed in 2016 by French authorities after being overwhelmed during migrant influx into Europe mainly Syrians running away from bloody civil war. However, several hundred migrants have since returned to “Jungle” because living conditions in other refugee cams have been a disaster.

French police regularly confiscate tents and sleeping bags of migrants in Calais leaving them with no protection during harsh winter conditions. Migrants lack basic human needs like toilet, shower and place to sleep in Calais. But some NGO’s work around the clock to at least provide them a single daily meal.

Utopia 56 has been one of those NGO’s providing meals as well as health assistance to the migrants. Siloe Medriane from Utopia 56 says migrants in Calais live under conditions against human dignity.

Refugees Women’s Center” Coordinator Elisa Gan has also told Anadolu that it was sad that these migrants are forgotten by the media.

Ibrahim from Sudan said migrants are denied mass transportation and are banned from getting around by walk so all they can do is to wait for NGO’s to bring food.

For more than 20 years, migrants and refugees have flocked to Calais in the hope of reaching the United Kingdom. The first migrant camps appeared in the winter of 1998, then mostly made up of people from Kosovo. Nicolas Sarkozy, then France’s Minister of the Interior, closed the centre in December 2002.