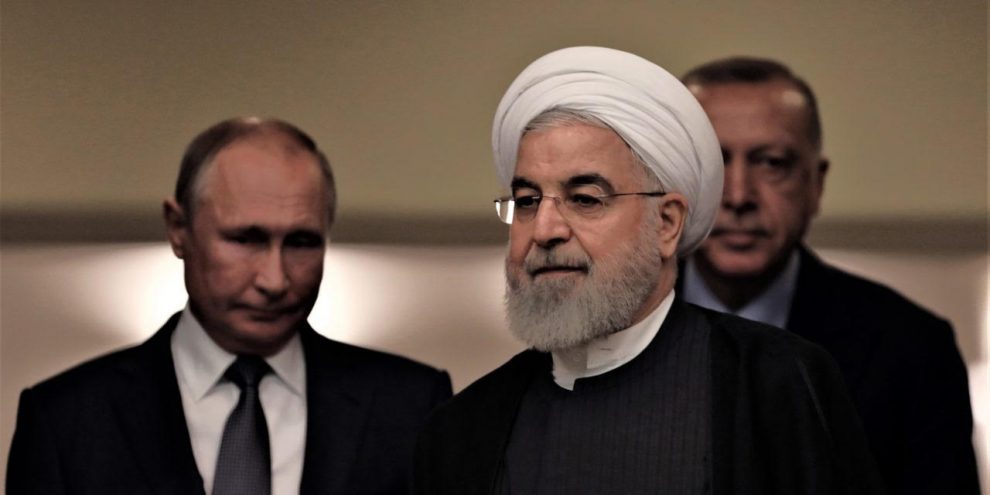 Fraught with multiple powder kegs that could blow up at any moment, Turkish-Russian relations constitute a study in the management of a new world order’s seemingly fragile alliances.

Much like relations between Russia and China, Russia and Iran, Turkey and Iran, and Turkey and China, Turkish-Russian ties are fragile despite the fact that they, contrary to Western perceptions, are not just opportunistic and driven by short-term common interests but also grounded in a degree of shared values.

The fact of the matter is that men like presidents Recep Tayyip Erdogan, Vladimir Putin, Xi Jinping, and Iran’s supreme leader, Ayatollah Ali Khamenei, find common ground in a view of a new world order that rejects democracy and the rule of law; disregards human and minority rights; flaunts, at least for now, violations of international law; and operates on the principle of might is right.

That glue, however, is insufficient, to prevent Turkey and Russia from ending up on opposite sides of conflicts in Libya and Syria.

It is also unlikely to halt the gradual erosion of a presumed division of labour in Central Asia with Russia ensuring security and China focusing on economic development.

And it is doubtful it would alter the simmering rivalry between Iran and Russia in the Caspian Sea and long-standing Russian reluctance to sell Iran a badly needed anti-missile defense system.

Similarly, the balance of power in Syria where Russia and Iran are hoping to reap the economic benefits of reconstruction after having played the key role in securing President Bashar al-Assad’s military victory could shift dramatically if and when China commits to investing in the war-devastated country. Neither Russia nor Iran have the financial muscle to compete.

So far, Turkey, Russia, China, and Iran have been adept at ensuring that differences do not get out of hand. The question is whether stopgap management of potential blow-ups is sustainable.

In Syria, Russia and Turkey have negotiated an uneasy ceasefire and security arrangement in Idlib, one of the last rebel strongholds, following clashes in which Turkey dealt a serious blow to the Russian and Iranian-backed forces of Mr. Al-Assad.

“What is Turkey doing [in Libya]?” asked Mesut Hakki Casin, a member of President Recep Tayyip Erdogan’s Security and Foreign Policy Board. “The reason is that Ottomans conquered Egypt after establishing dominance and control in the straits of the Mediterranean and the Black Sea. Turkey is in Libya because of historical and political reasons.”

Diverging interests do not only play out on the battlefield, as is evident in the shifting balance of power in Central Asia. They are also evident in the competition in arms sales.

The credible performance of Turkish drones in Libya and Syria have boosted demand for Turkish-made unmanned aerial vehicles and electronic warfare systems and dented the infatuation with Russian anti-missile defense batteries.

Clashing interests in Libya and Syria and economic woes at home accelerated by the fallout of the pandemic, persuaded Mr. Erdogan to seek to improve relations with the United States and rejuvenate his personal relationship with President Donald J. Trump while massaging his ties to Russia.

In a recent gesture, Botas, Turkey’s state-owned gas grid operator, opened a tender for the construction of a pipeline to Nakhichevan, an Armenian enclave in Azerbaijan. The pipeline would allow Azerbaijan to reduce imports from Iran.

Lobbyists in the United States for the Turkish business community are seeking to capitalize on the opening by pushing an offer by a Louisiana energy company to provide Turkey with “long-term, secure, competitively priced access to Turkey’s LNG terminals, gas pipeline and storage facilities” that would make the country less dependent on Russian and Iranian imports.

Mr. Erdogan and his energy minister, Fatih Donmez, have pushed the notion of diversification of Turkey’s energy imports.

“From Syria to Libya, from the Black Sea to the Mediterranean, Erdogan now figures that Turkey needs America politically and strategically more than it did some months ago. He learned by experience that getting the United States on board by making Trump his personal friend is easier than any other way,” said veteran Turkish journalist Cengiz Candar.

Mr. Erdogan is banking on his past experience of talking to Mr. Trump directly and getting what he wants despite opposition from the Pentagon as was the case with Turkey’s most recent intervention in Syria.

“To be honest, after our conversation tonight, a new era can begin between the United States and Turkey,” Mr. Erdogan said during a television interview afterward speaking to Mr. Trump by phone on June 9.

Mr. Erdogan’s approach may not be available to Iran with its deeply engrained distrust of the United States, but it certainly is what guides the thinking regarding Russia of numerous European leaders and politicians. No doubt, it is also an option that Mr. Putin has not lost sight of.

The web of relationships between China, Russia, Turkey, and Iran may seem formidable but the complexity of Turkish-Russian relations suggests that they may be built on more quicksand than any of the players are willing to admit.

On the principle of “It ain’t over until the fat lady has sung,” that is something that Gulf and other Middle Eastern leaders no doubt have taken note of.