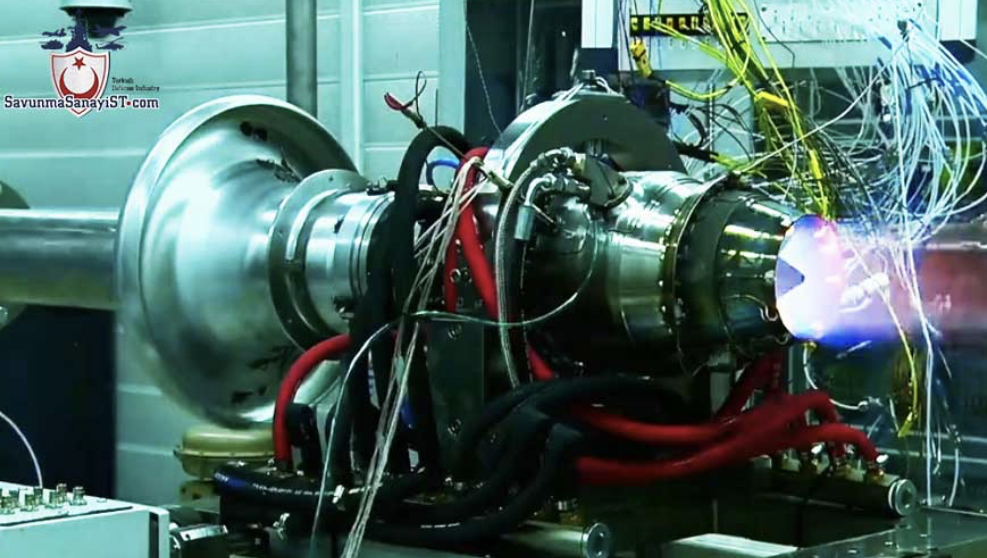 As Turkey’s ambitions in the defense industry has been growing faster than ever, Turkish company TUSAS Motor unveiled a prototype of a middle range anti-ship missile engine called TEI-TJ300 in a ceremony that was attended by Technology and Industry Minister Mustafa Varank.

The engine which would generate 400 horsepower energy has successfully been tested during the ceremony. A Turkish defense web portal said until now there was no open source information about the new engine which TUSAS Motor developed quietly.

According to the news, the TEI-TJ300 will empower 300 kilogram, 3.2 meters long anti-ship missiles developed by Turkey’s Rocketsan. First prototype of TEI-TJ300 was tested in February and the current debuted engine was the second production. According to the sources, TUSAS Motor will produce 3 more prototypes this year.

Turkish defense industry passed the $3 billion mark in exports last year and total output of the sector was over $10 billion dollars. As Turkish government has been pursuing an active approach in the regional matters, defense industry has become the major factor behind Turkey’s success in military operations in Syria, Libya and Northern Iraq.