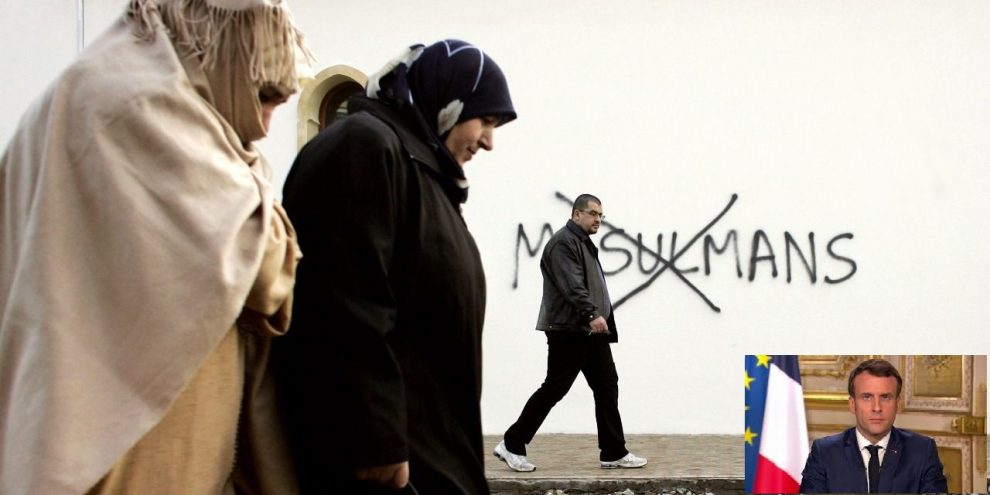 France’s Macron and his ministers are in a race to insult Muslims and enacting rules that almost prohibit Islam. The French Interior Minister said in a TV speech that they will deport those parents who oppose the illustration of caricatures demonizing prophet Muhammad (pbuh). French Muslims were enraged by the policy of hatred, claiming that not insulting Islam but refusing Islamophobia is punished.

Another anti-Islamic move was the preparation of a draft French law that would allow the government to order dissolution of Islamic , as per a report prepared Amnesty International.  While the draft is yet to be prepared, Interior Ministry closed Collectif Contre l’ Islamophobie en France’ı (CCIF ), a NGO measuring Islamophobia in France.

In addition, BBC reported that Macron asked Muslim leaders to accept a “charter of republican values” as part of a broad crackdown on radical Islam. Yet, analysts say that the decision encompasses all Muslims. Sadi Narin, a France based journalist, said that “the Macron government is fighting Muslims under the guise of radical Islam. Such clampdowns will increase radicalism, and may lead to more turmoil in France”.

A Turkish journalist also blamed France for being hypocritical. He asserted that Macron can not dare to ask the same loyalty from Jews or Christian groups, nor can he close any NGOs of them.

Kemi Seba; Africa must free itself from neo-colonialism