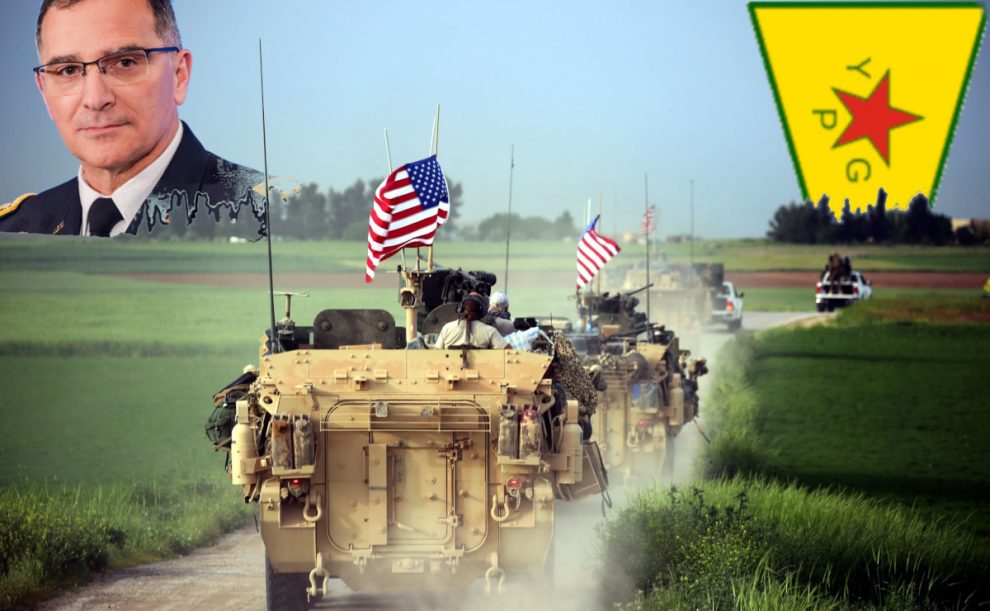 The top U.S. general in NATO, Gen. Curtis Scaparrotti, is responsible for the delay in implementing the Manbij road map, an agreement made between Turkey and the U.S.

Only God and the Google index algorithm would know how many times this agreement has been reached between the two countries. Rex Tillerson was the U.S. secretary of state when Washington had accepted pushing the PKK terrorist organization to the east of the Euphrates River. One acting and one permanent secretary later, the agreement is still not being implemented because Gen. Joseph Votel, chief of U.S. Central Command (CENTCOM) and Scaparrotti are dead set against the U.S. withdrawal from Syria and breaking the partnership with the PKK terrorists. For them, the PKK’s extensions in Syria are not terrorists; they are the U.S.’ fighting partners.

They are also not sincere enough to openly oppose President Donald Trump’s withdrawal order. They thought they could stall the presidential order off. Votel, for instance, kept saying that the U.S. was on track with the Manbij road map. But he immediately added that that plan was a “conditions-based” approach to the Turkish government’s complaints. What he was saying actually in this gobbledygook was, “You Turks keep complaining; we know what we need to do.”

If there are two or three “Americas,” the military establishment is the most cunning of them. A person with reading-aversion, Trump would obviously hate hearing the presentations the Pentagon does against his complete withdrawal plan with unintelligible excessive use of technical terms. It was a political move anyway, just before announcing his candidacy for 2020 (“Bring our boys home”) and the polls show that the U.S. public opinion is not that keen on the subject as it was during the assault on Iraq.

So, never willing to implement the agreement, the Pentagon dragged its feet on pushing the PKK units out near the Turkish border to the south. Their ultimate plan is to carve a Kurdish state between the Sunni Arabs and Turkey. Eventually, they seek to unite that entity with their fantasized Iraqi Kurdistan. In fact, they were very close to realizing that dream when Masoud Barzani foolishly held a referendum for independence 18 months ago.

The U.S. generals intend to keep their pet project going; so, they’ll never come to implement the Manbij agreement nor the safe area proposal that Trump and President Recep Tayyip Erdoğan have agreed on. All they need is to come up with a new point to keep President Trump distracted. Gen. Scaparrotti has been doing just that: The Turks insist on buying the Russian air defense system, not our Patriots.

Michael D’Antonio, the author of several books on Trump and a CNN contributor, claims that Trump depends on his advisers, who are willing to pour over details related to policy and world events and report to him in terms he can grasp. The information that “Turkey is paying that many millions of dollars to the Russians but not buying American products” is exactly something a salesman-turned-president can grasp. No need to bother him with minor details like “We denied them our Patriot defense systems when they asked,” or “what they are buying are solely defensive systems that would not do a thing unless you fly a hostile warplane toward them.”

Just tell the president that “Turkey is going to give millions of dollars to the Russians, whom we are trying to pressure with sanctions.” If Turkey says they are also willing to buy U.S. systems, tell him that it is technically too complicated to mix and match S-400s and the Patriots. He won’t insist on the technical details such that Turks want to join in the production of those weapons, and the Russians accept that but the U.S. will not.

Gen. Scaparrotti says the Turkish deployment of S-400s will have grave consequences. Apparently so, general. They will stop any and all hostile aerial threats on Turkish soil. Allow me to use a cliche, general, but curious minds need to know: Who will suffer from those consequences? Turkey, who might successfully defend itself or, those who will unsuccessfully attack her?
Source: Daily Sabah