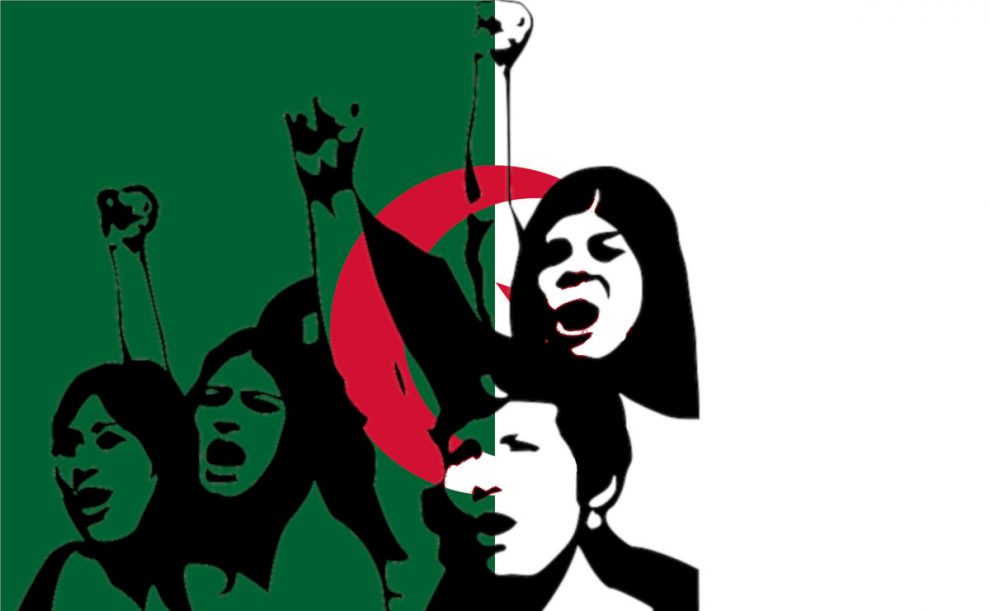 A country which only three weeks ago was still regarded as hopeless. The day of glory the people of Algeria have waited for so long has come, and the day of reckoning for the regime that has imploded the wall of fear and injustice. February, 22nd, the “Uprising”, immune to the breeze that ruffled the tranquility of al-Mouradia Palace, Zeralda-sur-Mazafran compound, and Club des Pins resort (Algeria’s Green Zone).

A breeze sweet with the scent of honeysuckle fills the air over Algeria’s grey and desperate sky, stirred by the uprising that aimed to stop the outgoing President’s fifth-term candidacy. For three weeks, Algeria has found itself in the grip of a multi-form political turbulence, which began with a single man whose entourage don’t want to unplug their President from the throne. A large majority of young people, mostly unemployed graduate students from Algeria’s larger cities, its “lost generation,” have now launched a response that affects henceforth the entire country.

Similarly, years ago in its neighboring country of Tunisia, thousands of young people took to the streets, manifesting their anger. There the riots were called “the riots of semolina” by local official and French media, which echoed destabilization to the regime and sparked the entire MENA region’s political landscape. 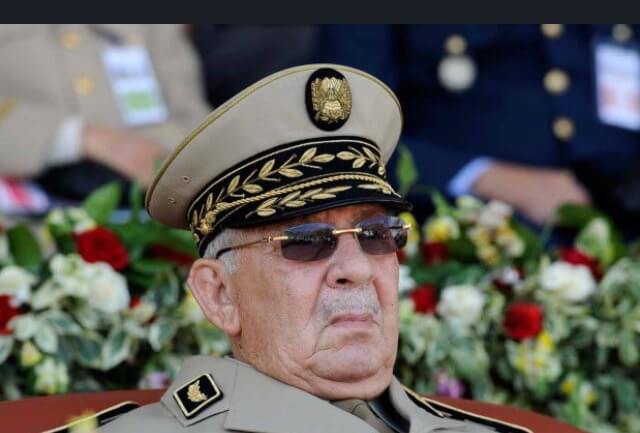 These two nations are culturally identical, authoritarian, tribal political systems, and arrogant media and elites, while producing a hopeless youth. Unlike in Algeria, the cause of the fall of the Tunisian old guard system was the heterogeneity of the military that had set aside the police institution and its fearful domestic Intelligence, la garde rapprochée of the then-President Ben Ali regime.

The event took the analysts, academics and the Tunisian opposition by surprise because such social explosion was expected to take place in Algeria, Morocco, Egypt, likely Jordan and Yemen, but not in Tunisia – portrayed by the Europeans and Arabs as a peaceful tourist resort site.

Nonetheless, almost years later, Algerians have poured onto the streets and have pushed the dynamic of change, spinning the engine of sociopolitical immobilization in the country. This country, where youth represent about 70% of the population — freedom of expression is oppressed, adds to the feeling of breathlessness in all of society. But in these last three weeks, Algerians’ uprising excelled spontaneously, even though spontaneity doesn’t exist in political movement protests. Analysts already have compared the protest movement to the “Jasmine” Revolt in 2011.

Analysts could also argue a parallel with the “Green” Revolt in Iran in 2009. The youth used only the Internet as a freedom of space. It was organized through a social network/a blue space, and through this means the movement gained high mobilization. On the web it was considered as “cyber-guerrilla war fare” against the Mullahs’ regime.

It’s a ray of hope, and a domino effect which still haunts the Arab regimes; otherwise the Arab uprisings are still alive, a message that is making the counter-revolutionary axis in the region, led by the UEA-Saudi Arabia-Egypt nervous; the people in the street are saying: “Today, we all are brothers,” adding “We don’t want any foreign interferences,” referring to Paris, Washington, and Abu Dhabi. 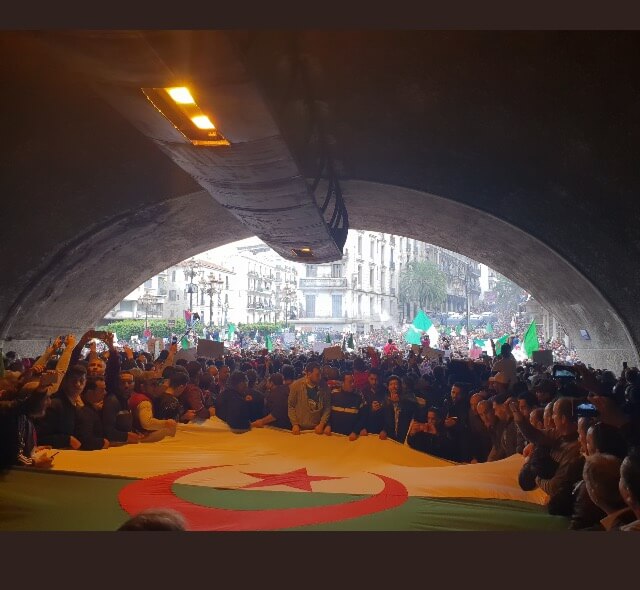 Yet, there is an unusual position within the regime in terms of communication in its crisis management of the people’s upset and frustration. Does the regime hold its breath on Plan B to postpone the elections? Is its wait-and-see tactic to push the protesters to the original sin? Like in May, 1991 when the leaders of the ex-FIS Party called for national sit-ins and an open strike across the country.

In an emotional tactic move the anonymous leaders of the protest movement called for five days’ general strike starting Sunday. As a result, in a preemptive action the failed government has ordered an early students’ Spring Break to weaken the two-weeks of student protests and eventually the uprising against President Bouteflika’s fifth-term candidacy.

Such a tactic would dissolve the protesters’ dream, offers the regime a legitimate reason to intervene, using the 107 of the Constitution. Close observers to the Algerian sociopolitical situation prefer not to see the ex-FIS fate scenario. On the other hand, it could be a plausible solution to avoid a deepening crisis, because up until now, the military seems to have everything under control, and have been loyal to the end towards the President. However, the message to the hated regime’s oligarchs in the regime’s equation is clear: “The masses are on our side.” Said General Gaïd Salah, Algeria’s strong man.

In this month’s military magazine Ope-d (al-Jeïsh) the message was lucid enough to the regime’s oligarchs; there is neither a cohesive opposition nor a homogeneous protest movement leadership that is causing any direct threat to the military like ex-FIS did in 1991. This time, even if the military decide to end the protest movement and postpone the elections, they wouldn’t commit their peers’ mistake for letting the elections go on democratically, as in the December’s 1991 parliamentary elections.

It is still too early to hope for a radical change in Algeria. The Algerian political establishment cocktail, the careerist opposition, and elite are still reeling from the electroshock that was provoked by the masses’ uprising on February 22nd. Why is it so complicated to predict how the crisis will unfold, how the political process will emerge in the aftermath of these events, and is there any light at the end of the tunnel?

One could predict for a future political model à la Chile.

Meaning by this, the military institution in Algeria has already shown it’s political impartiality (the military insist it bears constitutional neutrality); add the role of the Islamists in Algeria’s Post-ex-FIS who are in a deep political identity crisis, as well as the so-called liberals, who were pushed aside by a generational tendency of activists led by the mosaic civil society movement al-Mowatana (Citizenship), and the legalist Islamist dormant cells, who still have a working vote reservoir.

If there is anything to note from Algeria’s uprising against the President’s fifth-term candidacy and his cliques, it is that the democratic process that commenced three decades ago emerged from popular riots provoked by the regime’s reformist wing in a surprising political confusion maneuvered by President Chadli Bendjedi. He then judged it necessary that the country was ready for political reforms. So together he, the Moderate-nationalists in the FLN Party, Islamists, Nationalist-democrats, and the Social-democrats opposition made an implicit visionary deal.

Accordingly in the same year in 1989, Chile’s generals led by General Pinochet changed Chile’s political landscape — Chile’s Social Contract — the regime in Santiago admitted its failures and kneeled to the people’s long struggle demands, accepting the sharing of power. It was, strangely enough, to qualify the emerging political system. It needs some humor to describe it as a democ-taturship, a cross word between democracy and dictatorship.

What is interesting in Chile during the last three decades is that its political expansion and socioeconomic development draw a fair parallel with what happened in Spain Post-“Caudillo” Franco. It led to a healthy democratic process in the monarchy. Though the Algerian regime is extremely smart and solid, it put all its opposing ideologies, which in turn diametrically oppose each other in a political trap that led to keeping the regime  safety-net intact.

The Chilean political process succeeded because of the model that inspired this matter, the Spaniard model. For an instructive insight on the part of Algeria, consider the maturity of the Chileans’ opposition leaders and the elite to Pinochet’s system.

Algerians must be proud of their uprising that would make possible a political and societal evolution, with the emergence of a new middle class to enhance the country’s socioeconomic cohesion. Hence Algerian generals who have been trying to bring about some change to their people would benefit from reading the Chilean story.