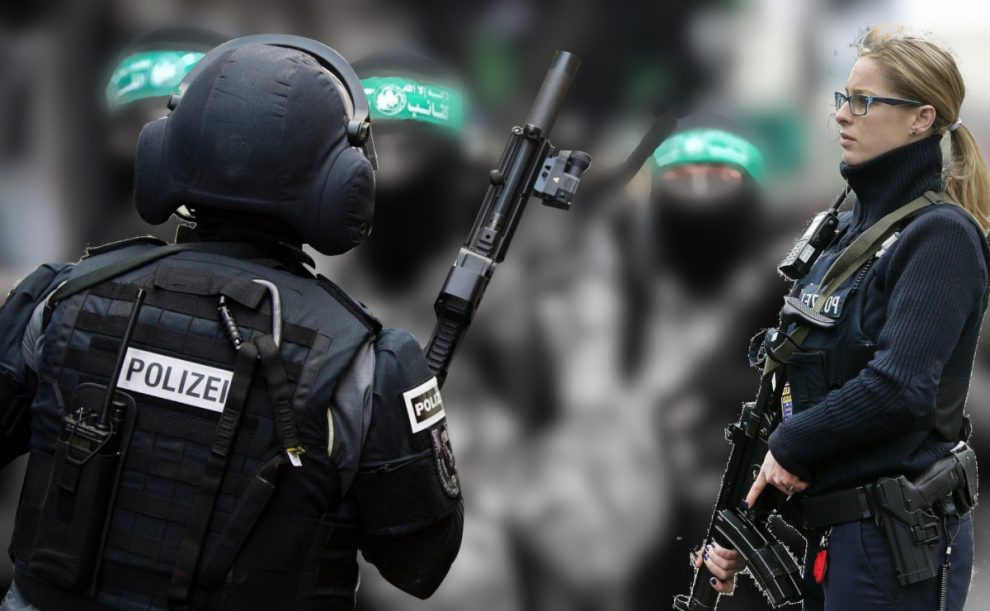 The Federal Ministry of the Interior, Building and Community of Germany said it launched investigations of alleged support of Hamas against German charity organizations Ansaar International and WWR-Help. Germany’s Federal Interior Minister Horst Seehofer said about the counter-Hamas operation: „Who supports Hamas under the guise of humanitarian aid, disregards fundamental values in our constitution*, thereby discrediting the commitment of many aid organizations which act neutrally under difficult conditions.“

German police said it has raided around 90 properties including offices and homes in nine states across Germany. Abu Rahma, head of Ansaar International in Düsseldorf, said police officers were brutally invading private houses of family members allegedly affiliated with Ansaar International, traumatizing women and children during the raids. Abu Rahma denied the support of terrorist organizations. He said his charity work is negatively affected by terminated bank accounts through German banks Postbank, Volksbank, N26, Sparkasse and Kreissparkasse. Banks did not comment yet.

WWR-Help, said it „has never contacted, supported or promoted terrorist or extremist organizations or persons and vehemently rejects such action!“ It was their goal „to help needy people directly with donations … independent of nationality, ethnicity, religion of these needy people.“

Janine Abuayyash, head of WWR-Help in Neuss, said Paypal suspended the WWR-Help Paypal account and her private Paypal account. Volksbank terminated her private bank account. „Now we ask all supporters and friends urgently for support and solidarity“, said Abuayyash who is a dental technician, not a dental assistant as German media outlets falsely referred to her.

Dr. Jörg Geerlings, lawmaker of the governing Christian party, was in Neuss a few hours before the raid at WWR-Help headquarter in Neuss started. Geerlings posted on Facebook that he had a dinner in Neuss shortly before the raid. He said at the dinner: „Terrorism is directed against our liberal democratic constitution*. The state must oppose these attacks and we must not let our own way of life take over.“

Ansaar International and WWR-Help are not the only charity associations under attack in Germany because of their donations to Palestinians. According to a source, the German branch of international humanitarian relief organisation WEFA has considered to terminate projects in Palestine because of being afraid of repressions by German authorities. Also the outlawed Turkish-German association İHH – not to be confused with the Turkish NGO İHH – without success struggled for eight years at court against its ban in Germany.

On May 31, 2010, the İHH Turkey-owned passenger ship MV Mavi Marmara and additional vessels of the Gaza Freedom Flotilla were boarded by Israeli forces in international waters. Three weeks later on 23 June 2010, the Federal Ministry of the Interior of Germany banned İHH in Germany. The Federal Ministry of the Interior of Germany ordered the monitoring of the telephone connections of members and employees of İHH. Germany confiscated the property of İHH. There was no prior hearing of the accused organization İHH because „the success of the seizure was otherwise threatened“, according to the Federal Constitutional* Court of Germany.

İHH was allegedly „against the idea of international understanding and it contributed to the violence perpetrated by Hamas against the Israeli people by providing long-term and substantial financial support to social clubs in Palestine, which are attributable to Hamas. Hamas denies Israel’s right to exist and acts in an aggressive and militant way to fight members and institutions of the Israeli state with terrorist means. Their military, political and social components were merged“, said the verdict of the Federal Constitutional* Court of Germany confirming the İHH ban in Germany.

In its verdict, the Federal Constitutional* Court of Germany said that members of İHH’s board of trustees were allegedly affiliated to Millî Görüş.

Turkish Foreign Minister Ahmet Davutoğlu criticized Germany for banning İHH while remaining silent on the PKK terror against Turks and against Muslims in Germany.

Germany keeps the Palestinian resistance movement Hamas in its terror list despite strong objections by Hamas which describes itself as a national liberation movement practicing all types of legitimate resistance against the Israeli occupation of Palestine. The German government has been a strong supporter of Israel who is accused of committing international crimes as crimes against humanity and genocide.

Currently, a preliminary examination is ongoing by the International Criminal Court prosecutor focused on alleged crimes committed by Israeli forces in the occupied Palestinian territory, including East Jerusalem, since 13 June 2014.

İHH, Millî Görüş, WEFA, WWR-Help, Ansaar International and other organizations are targeted by Germany just because of their peaceful support for the people of Palestine. Organizations as İHH were prohibited on the basis of the German Associations Act because of allegedly „contravening the concept of international understanding“. As it is publicly known, Germany supports the Israeli government and armed forces militarily and financially.

If the International Criminal Court in The Hague convicts Israeli officials of committing international crimes in the occupied Palestinian territory, Germany finally has to stop its support for Israel and to stop its repression policy against charity organizations which donate humanitarian aide for Palestine.

Article 146 of Germany’s Basic Law says: „This Basic Law, which since the achievement of the unity and freedom of Germany applies to the entire German people, shall cease to apply on the day on which a constitution freely adopted by the German people takes effect.“

The Basic Law was never submitted to a popular vote. Therefore, until today, Germany remains without a constitution.