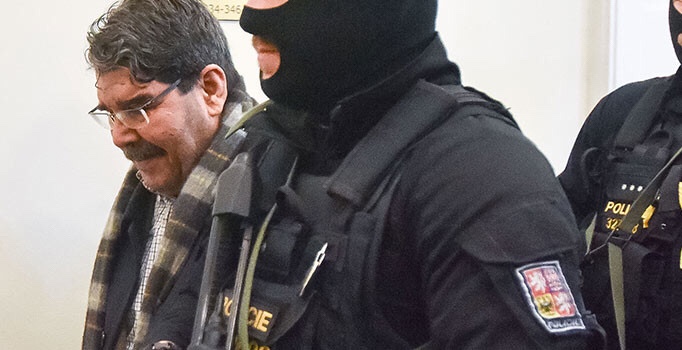 “This is terror propaganda with the support of Municipality of Cologne,” tweeted Mustafa Yeneroglu, deputy of Turkey’s ruling Ak Party. Yeneroglu was brought up in Germany and opted for politics in Turkey after working for a Cologne-based NGO for years.

Salih Muslim was the co-chair of Syrian PYD ties of which to internationally recognized terror group PKK has been confirmed by both former Defense Secretary of the US and the incumbent national security adviser John Bolton. Yeneroglu also said in one of his tweets that PYD is indeed a branch of terrorist PKK according to German intelligence reports as well.

Banner that promotes the conference which Salih Muslim will attend

Turkey filed Red Notice for Salih Muslim back in November 2016, an international order that was supposed to be implemented by all member countries. However, Czech Republic released Muslim in February after briefly detaining him before an event in the capital, Prague.

Muslim will appear at a conference in Cologne on June 22nd, two days before Turkey’s crucial general elections. The event at a Cologne municipality premises is a clear election gathering which is also violation of Germany’s self-inflicted law about foreign election propaganda. Ak Party deputy Yeneroglu also reiterated on twitter that Germany’s election ban only applies Ak Party but pro-PKK party HDP is free to hold meetings through out Germany. HDP held a open air meeting in the center of Cologne which also drew a lot reaction from Turkish public.

Can One Belt, One Road pave the way for Turkey’s future?
As Angela Merkel Promised to Tackle Racism, a Turkish Man was Subjected to Police Violence
Comment