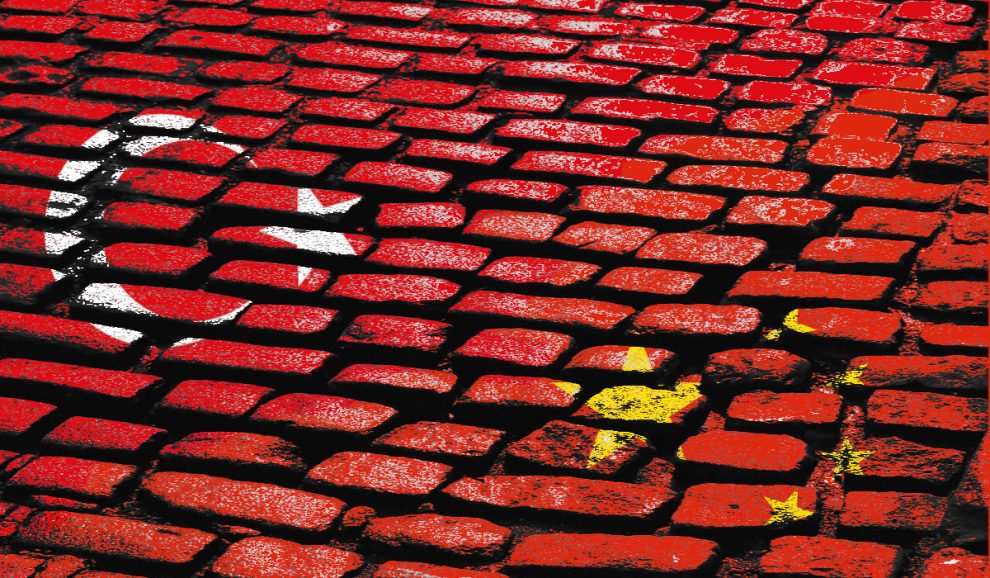 China is looking to reshape the global economy in its image. Turkey has a unique role to play in both ensuring the success of the project, and maximising its future economic prosperity.

On the 14 May, Turkish President Recep Tayyip Erdogan gave a speech at Chatham House. During the speech, he declared Turkey’s continued interest and cooperation with China, in particular, mentioning the One Belt One Road Initiative (OBOR) as something that Turkey is keen to take a greater role in.

The OBOR presents a historic opportunity for Turkey to expand its already strong position in the region and is the most ambitious economic-political project in modern history.

Xi Jinping announced the OBOR on a state visit to Kazakhstan in late 2013. The project aims to build a  “belt” for infrastructure, development, and trade encompassing the historic Silk Road trade route that ran across Eurasia and would cover over four billion people in sixty countries.

A month later, Xi announced the maritime version of the OBOR in a state visit to Indonesia, which would connect China’s Pacific coast to locations ranging from the Malay Archipelago to East Africa, and even South America.

There is no official blueprint, and the project is currently acting as more of a brand, than a concrete project, encompassing the totality of Chinese economic and diplomatic relations with dozens of countries across Eurasia and Africa.

However, it does act as a euphemism for the totality of China’s international ambitions. China wishes to ramp up its economic, political and cultural relations with nations across Eurasia to consolidate its credentials as a great power.

Among the most important ambitions that the OBOR represents is China’s attempt to bring trade routes back to the Eurasian continent after three hundred years of Euro-Atlantic domination of trade routes.

This is where Turkey comes in. It lies in a geostrategically important location that connects Europe, Asia and (by sea and air) Africa. Thus, Turkey lies on the shortest route for China’s ambitious plans to create a Eurasian trading network.

Turkey is the largest economy in the region with an upper-middle income economy and has a strong record of growth over the past two decades. This gives Turkey a strong bargaining position to ensure its own interests are taken into account alongside Chinese ambitions.

The OBOR also provides the opportunity to pursue political and economic interests abroad via the OBOR in a strategic, long-term approach that will centre Turkey as the premier economic power in its own region.

From a historical perspective, one of the key reasons for the decline of the Middle East was the destruction of the Indian Ocean economy which was once the richest trading network in the world, connecting the world’s largest markets in China and India and running through East Africa and the Middle East – many of whose major urban cities depended on this trade.

Ninety-seven percent of Turkey’s landmass is in historic Anatolia, many of whose cities lived on and sustained themselves via the Silk Road routes. Once those trade routes had been dismantled by the Portuguese and Dutch (and later the British), trade that had sustained the prosperity of cities and empires across this route vanished, and with that many of these cities and states fell into protracted decline. Restoring these old trade routes across the continent—instead of facing diversion by Atlantic trading countries—means the opportunity to reverse centuries-long stagnation and restore the pre-eminence of the Middle East as a trade conduit between Europe and East Asia.

Instead of being forced to compete for the scraps of Atlantic or Pacific trading, Turkey and other countries in Eurasia may begin to see the return of once-lost trade wealth. Turkey is a geographical lynchpin for the OBOR, and this is a historic opportunity that should not be missed.

It is estimated that over the next twenty years, Asia will require $26 trillion worth of investment in infrastructure in order to keep up with population and economic growth.

Asia already has a $6 trillion deficit in infrastructure, and China, possessing $3.5 trillion in reserves hopes to try and plug that gap, but it cannot do so alone. Turkey’s construction sector is strong and has experience both at home and abroad, with a diversified set of business interests. The construction sector plays a crucial role in the Turkish economy, contributing 5.9 percent of the GDP, employing roughly 10 percent of the Turkish workforce and estimated to impact up to 30 percent of Turkey’s GDP.

The OBOR presents an opportunity for Turkish companies to seek more trade abroad. Being part of the project would mean greater interconnectedness with other countries along the route, and much of the investment that will be done over the next few decades will primarily be in the infrastructure sector.

Turkish construction companies may benefit from both contracts and expertise being shared with China’s own monolithic construction sector. China similarly faces the issue of overcapacity as its economic growth has slowed in recent years which has meant that supply now outstrips demand, giving added impetus to Chinese industry “go out”—a government-led strategy.

Turkey’s own economy would benefit from a “going out” strategy to relieve pressure on its own domestic economy, facing recurrent currency crises and the threat of an overheating economy.

Turkey may also use the OBOR as a conduit for its own interests in the region, such as its burgeoning economic and political influence in Somalia which has seen a measure of stability and prosperity being restored thanks to Turkish-Somali cooperation.

Mogadishu, once a prosperous sea-trading city acting as the door to Africa and Europe for the medieval sea routes (by virtue of its strategic location at the cusp of the Red Sea), may attempt to take advantage of the project. This would go a long way in bringing much-needed prosperity to the war-torn country, where much of the violence is a product of poverty. But it cannot do so without the support of Turkey who would provide its own economic assistance and political clout to ensure Somalia a fair deal as well as reliable trading partners in the region.

With such great opportunities abounding, there are many dangers in getting involved with the project, that Turkey must be cognizant of.

The OBOR is not merely a project to increase prosperity for both China and the world but is a strategy aimed at maximising China’s control of global wealth. Indeed, much of China’s rationale behind the initiative is both to mitigate and expel America’s economic influence and replace that with its own – as well as diversify its interests by turning away from the Pacific and westwards across the Eurasian landmass.

Turkey’s objective should be to further secure its own independence, and not swap one dependency for another.

China has been generously lending money to other governments on favourable terms, which in theory ensures smoother transactions and boosts China’s image abroad. However, China is known to tacitly expect a quid pro quo from the said government whether that be favourable diplomacy, increased reliance on China instead of the US for trade, or even business contracts for Chinese companies. This is key in assessing the intentions behind the OBOR, that although China claims the OBOR is meant to spread prosperity and cooperation between nations, they have been accused of embracing a new sort of imperialism “through contracts and loans“.

A key example of this has been the debt traps that smaller nations in Asia have fallen in to and are now beholden to Chinese demands for concessions, such as the Sri Lankan leasing of its port to China for 99 years.

If Turkey is to seek to benefit from the OBOR, it must be fully aware of the strategic implications of becoming part of that network, as well as the overarching imperative to maintain its role in the project on purely strategic interests.

Turkey must use the OBOR not merely to become another component in it, but as a springboard to further its own interests. Turkey should continue to diversify its trade away from dependence on the EU, representing its largest trading partner, but should also be wary of switching that dependence to China.

Diversification and self-interest are the imperative when it comes to Turkey and its approach to the initiative, and should these objectives be achieved, President Erdogan’s desire to bring Turkey into the G10 and upper-income economies will soon be realised. 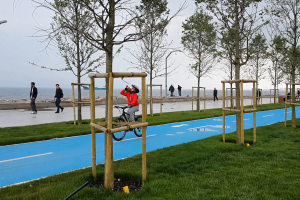