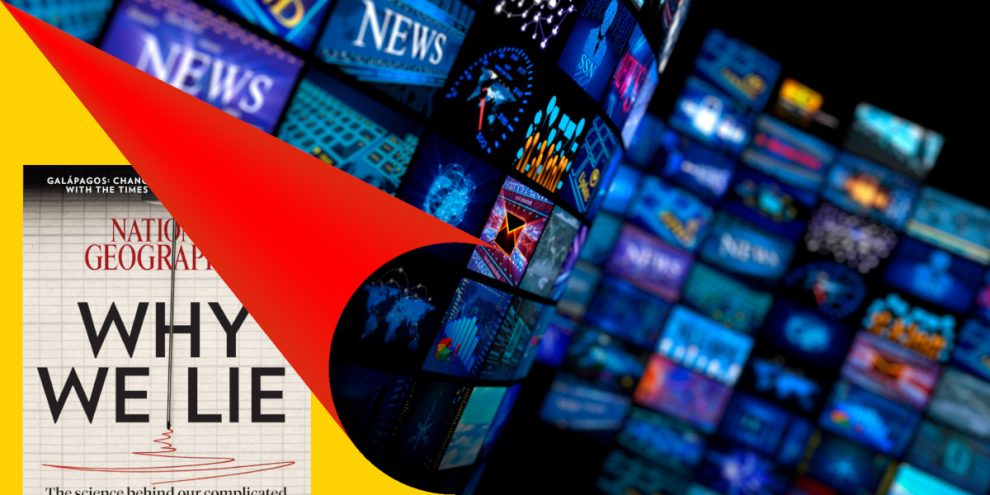 The writer is Manager at TRT World Research Centre and the author of “The News Media at War: The Clash of Western and Arab Networks in the Middle East.” Cherkaoui is an expert in the field of strategic communications.

It is a matter of fact that ordinary citizens around the world expect well-known Western news organizations to provide them with objective and balanced reporting of events. On the other hand, media scholars tend to be less trusting, especially given the significant body of research that has been produced in the past few decades, which underlines the existence of a symbiotic relationship between Western news outlets and their respective governments, particularly in the realm of international relations.

Such symbiosis is the outcome of several structural, economic, and ideological factors, ranging from ownership and organizational routines to the good old-fashioned patriotism. Accordingly, a drop in professional journalistic norms and values has been observed in several instances, such as with the U.S. / U.K. mainstream media coverage of the post 9/11 events and the U.S.-led war on Iraq in 2003. Regrettably, the situation in 2018 is not very different, as Western news reporting of the early elections in Turkey tends to be biased, sensationalist, and at times, borderline defamatory.

For example, French weekly magazine Le Point, published a cover article on May 24 with the headline “Erdogan, the dictator.” While readers anticipated knowing more about the upcoming elections, the framing of the story was not only irrelevant, but also completely misleading. Perhaps, it would have been more productive for this magazine’s editors, who are not particularly known for criticizing the numerous real dictators in the MENA region, to do their homework and check the reports of international organizations, including the Organization of Security and Cooperation in Europe (OSCE).

The latter, which is the organization responsible for monitoring European elections, praised Turkey’s legal framework in 2015 and noted its very suitability for the conduct of free and democratic elections. Maybe unbeknownst to Le Point, OSCE has been monitoring electoral integrity in Turkey since 2002 (including presidential elections) and deploys strong teams of international experts throughout the country to check the elections’ compliance with international standards for democratic elections, and has regularly issued a clean bill of health to Turkey in this regard in the past.

In a similar vein, The Washington Post published an analysis on May 24 with the headline “Erdogan’s push for power creates new chaos.” Two key frames can be observed in this article. The first one aimed, yet again, to depict President Erdogan as a dictator, even when the subject is about the organization of free and competitive elections in Turkey. The second frame was the “chaos” frame, through which the author exaggerated the recent currency’s volatility to attribute negative adjectives and themes to Turkey’s political and economic realm. This could be considered as an attempt to portray the Turkish state as if it were some sort of “banana republic,” rather than a country with robust institutions and a strong economic performance over the past fifteen years. Moreover, the writer did not bother investigating the attacks on the Turkish Lira like any diligent analyst would do, nor did he try to unmask the identity of the international traders behind these acts or their motives. What’s more, like in the previous article, there was no effort to balance this piece by quoting other perspectives.

These are just a few examples in a long catalogue of biased articles. More worryingly, story framings by Le Point, The Washington Post, and others are not mere signs of sloppy journalism as some people would assume. Academic Georges Lakoff, who researched cognitive linguistics extensively, described a discursive device used by Western political elites to demonize emerging and contesting forces at the international stage. Specifically, Lakoff observed that a central metaphor used in advancing the U.S. foreign policy agenda is the “nation as person” metaphor, through which an entire nation is identified with the person of its leader. This metaphor is regularly deployed to channel negative feelings against the leader in question with the aim not just to demean him and undermine his political status, but also to impose superiority over the nation as a whole, weaken the morale of its citizens, instill doubt about their future and the progress accomplished, and position both the leader and the nation as standing against the interests of the West. This step is considered as the prelude of directing more physical actions against them as part of wider strategies of nation-destroying.

Although these are indeed bewildering times for news consumers, the issue of whether to trust Western mainstream news outlets or not in their coverage of some international affairs remains relevant. The use of underlying and complex imagery and representation devices in order to generate negative impressions of certain leaders and their nations prior to destabilizing them can only add more fuel to this debate.

Mr Trump, Jerry has a question for you
Can One Belt, One Road pave the way for Turkey’s future?
Comment