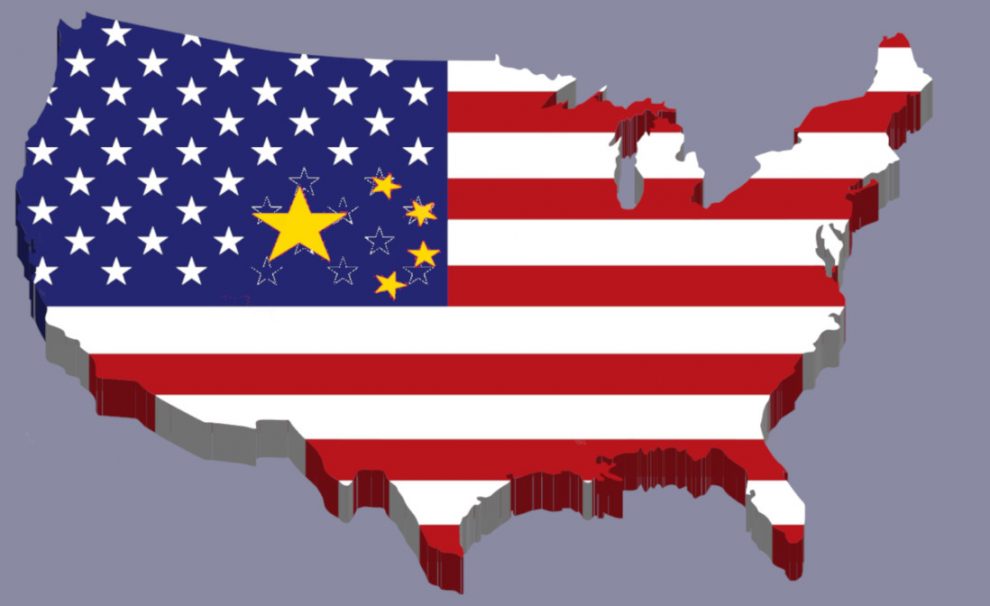 Trump’s reckless decisions on tariffs and the ongoing discord inside the White House will not only effect American allies but it will also have direct consequences for U.S. markets and local businesses

I have been talking to several scholars of American Studies at some of Istanbul’s prestigious universities. I should say “used to teach” because nearly all of them were shut down due to low enrollment. I wanted to know their thoughts on what overall impact the Trump presidency would have on the U.S.’s domestic and foreign policies.

What prompted me to do such a research, albeit informal, was the trade war fomenting between the U.S. and European Union.

Most of the scholars, who studied in U.S. institutions and taught American politics for years, all agreed on one major thing: Trump’s populism is going to backfire soon.

North Americans in general and the good people of the U.S., in particular, are so apathetic towards their countries’ foreign affairs that they do not care about the finer details until they feel the heat at the local grocery shops.

As we see from this side of the Atlantic, Trump’s threats of tariffs on American allies are going to hurt many local businesses. He seems to think that his policies would protect domestic businesses, yet many U.S. companies will become victims of a trade war. As soon as the EU countries and China start to retaliate, the prices of imported goods will go up. Before the supermarkets, American small industry will see the price of their imported raw or semi-manufactured components go up.

The U.S. has businesses other than real estate and it is not an island when it comes to the economy: More than 40 percent of American manufacture industry depends on imported components. When Frau Merkel and Comrade Xi Jinping slap high price tags items that a mom and pop in Ohio needs to buy – so that it continues to keep a hundred people on the payroll – the apathetic American public will come out of their sleepwalk.

Trump is so much living in the ’60s that his Customs and Border Protection Administration is delaying the delivery of already imported goods to companies. Automotive giant Ford, for instance, uses many parts and material imported from the EU and China, but the customs are not allowing them to receive the shipments in a timely manner. Meanwhile, Trump thinks that these delays will penalize foreign firms and their governments.

The uncertainty created by the Trump Administration (if one can call it an “administration”) – first by implementing high tariffs on EU goods and threatening China with them; only to later rescind the threats before resuming again. Media reports claimed that these twists were the results of fights within the White House. What else do you expect from a Cabinet whose leader receives a letter from the leader of North Korea – with whom he oscillates between war and peace – and brags about that he did not read it? The same tactic was at play on the issue of North Korean talks: First Trump said he would bomb the country; later he said he would talk to the North Korean leader Kim Jong Un, only to change his mind the next day, accusing China of derailing the talks. Chine rejected the claims and stated that they support North Korean-U.S. talks. The meeting is on again, if he doesn’t change his mind after reading Kim’s letter.

Another development that will hurt American people more is the “weak” dollar. Trump’s nationalist and protectionist economists are pushing Federal Reserve Board to reverse its “strong dollar” policy. Since 2003 the Feds has been following a strong dollar policy because strong dollar keeps a lid on inflation and keeps interest rates low. Trump hopes that cheap dollar helps U.S. exporters be competitive in international markets. But a weaker dollar is now resulting in higher inflation expectations and higher commodity prices. This is not good news for the Americans and their trading partners.After listening to the scholars, I have a question for President Trump that Jerry Seinfeld had once asked an equally depressing friend of his: Mr. Trump, “shouldn’t you be out on a ledge somewhere?”