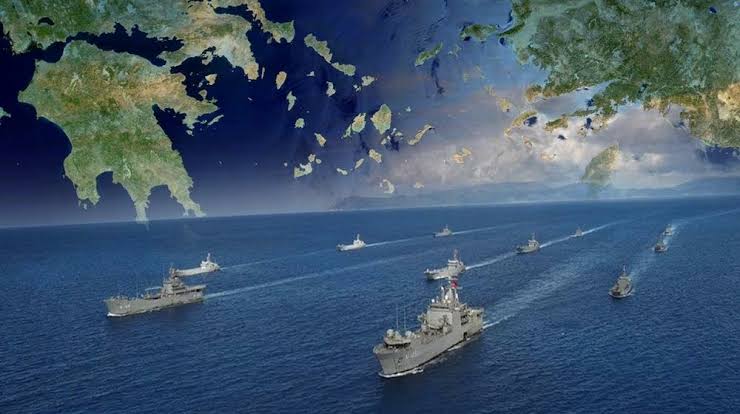 Recent tensions between Ankara and Athens have been reminiscent of 90s after the defense minister of both countries made statements about going into a full-blown war with one another. Most recently Turkish defense minister Hulisi Akar said Greece fighting Turkey was “mathematically” out of question. Greek academic Stefanos Kasimatis penned an article for Kathimerini in which he wrote Greece would be disappointed with the outcome of a war with Turkey and urged Greek government to settle the Aegean issue with Ankara through legal means by making some concessions.

Turkey and Greece have been living through a chronic Aegean issue which involves continental shelf, exclusive economic zone, air space and arming of the islands. Some of the problems have been the results of vague clauses in international agreements which regulates the issues above. Turkey’s recent maritime deal with the internationally recognized government of Libya and Greece entering anti-Turkey alliance in the eastern Mediterranean increased the tension between Ankara and Athens as it had always been during 90s. However, Turkey’s financial and military-wise jump in the past 20 years have made it harder for Greece to stand up against its neighbor on its own. Turkish Defense Minister Hulusi Akar most likely pointed at several factors like those when he said it would not mathematically a wise decision for Greece to enter a war with Turkey.

“Akar is right and we know it inside us, regardless of our patriotism and our noble intentions for self-sacrifice,” said the Greek academic Stefanos Kasimatis at the very beginning of his brave article. Kasimatis suggested that the parties should solve their Aegean disputes through legal means and pointed at the Hague. If we want to realistically discuss the Turkish disputes in the Aegean, the systemic challenges, all this constant threat of Greek-Turkish tension and the uncertainties it raises about the prospects for our future, we must admit that the main reason that prevents us from settling is in court,” article continued.

Stefanos also pointed at recent Greek-Italian maritime deal and said Greece made certain concession with Italians in order to sign that deal. “Why not make some concessions with Turkey as well. It would be in our benefit,” he reiterated. The Greek academic said Aegean dispute prevents international investments in the region despite being an extremely attractive region. “Settling through peaceful means would served the financial interests of both countries,” he said.

A recent survey in Greece revealed that nearly 60 percent of Greeks support a military solution with Turkey. Nationalist sentiments are high in one side of the Aegean while Turkish public’s focus has been on other issues. Batuhan Gulsah, a journalist with focus on Greek-Turkish relations said on his Twitter account that he hopes Stefanos would not face any threats in Greece because it takes a lot of courage for a Greek to say that Greece is militarily no match for Turkey.

In Contrast With the US Government, HDP Washington Rep Denies PKK is a Terror Group
Yazidis Should Stop Turning Into Terrorist PKK Asset