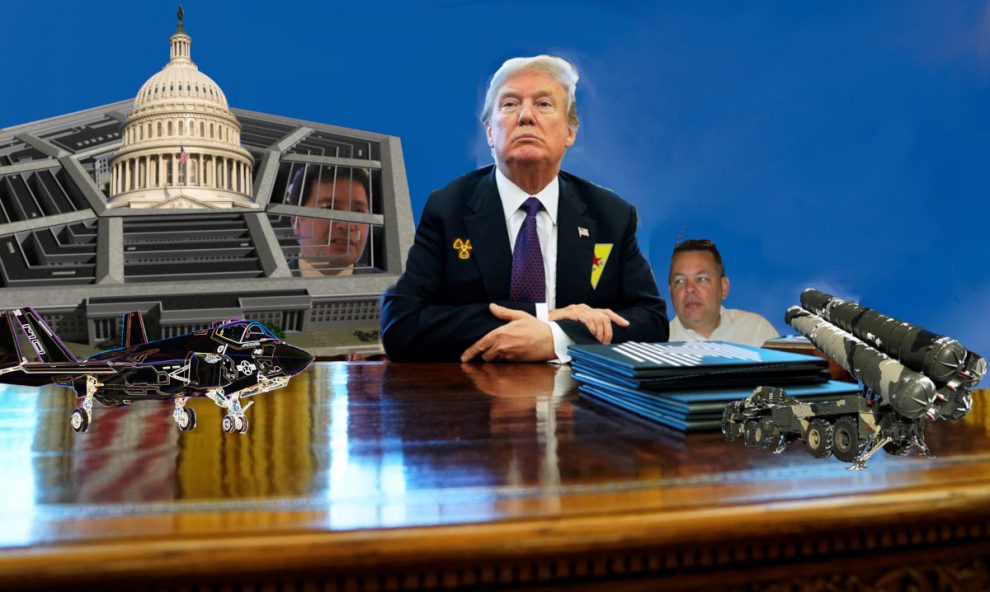 The decisions of some U.S. senators and the judgments of the Congress have cast a shadow over Turkish-American relations, even though both sides seemed willing to improve the situation just a month ago

Almost a month ago I was probably over optimistic about the state of Turkish-American relations because there were signs at the time underlying the willingness on both sides to save it.

Now, the U.S. Congress’ attempts to sanction or impose an arms embargo on Turkey revitalized and reached a level we haven’t seen since the 1970s when the U.S. responded to Turkey’s Cyprus intervention with sanctions. The list of sanction and embargo threats expanded and follow as such:

First one is freezing military deliveries. A draft version of the National Defense Authorization Act (NDAA) 2019 in the U.S. House of Representatives includes a section specifically on Turkey that requires an extensive report prepared by the U.S. Defense Secretary on Turkish-American relations, and Turkey’s possible purchase of S-400 missile systems. The report will also assess S-400s’ possible impact on jointly run systems and platforms such as F-35s and other military vehicles such as helicopters. If passed, the military deliveries to Turkey would be frozen until the report submitted to the relevant congressional committees in 60 days following the enactment of the law.

es to Turkey. Turkish firms are co-producers of the warplane, and a substitute would cost billions of dollars to the program. All three senators are the same names who are closely following Pastor Andrew Brunson’s trial in Turkey. An indictment alleged that Brunson was aiding and abetting the coupists in the country. It appears that all three senators want to use this bill as leverage against the Turkish officials to facilitate Brunson’s release. The bill also targets Turkey’s S-400 deal.

Third issue is the sanctions against Turkish officials. Sen. Shaheen and Sen. Lankford, also acknowledged they would pursue targeted sanctions against Turkish officials in the 2019 State, Foreign Operations and Related Programs spending bill. The same senators dropped a similar attempt in March following State Department lobbying. However, because a Turkish court remanded Brunson last month, the senators brought this threat back on the agenda, expecting more leverage against Ankara.

Another important point is the Russian sanctions. Some senators were also pressuring the administration to impose sanctions against Turkey over its S-400 sale through the Countering America’s Adversaries Through Sanctions Act (CAATSA). The law forbids people or corporations from transacting or trading with Russian defense industry. Turkish officials say they have purchased the systems well before the act was in effect.

Halkbank fine is an other controversial issue. We have also the Mehmet Hakan Atilla case, the former deputy general manager of Halkbank, who is scheduled to be sentenced next week on the allegation that he has violated the U.S.’s unilateral Iran sanctions. There is a high possibility that the U.S. Treasury would try to follow through and fine Turkey’s state-owned bank. Turkish officials are believed to be engaging their counterparts to reach a settlement over the issue.

Apart from these threats, a Turkish-American crisis over U.S. partnership with the PKK terrorist group’s Syrian armed wing People’s Protection Units (YPG) also continues. This issue will continue to keep a lot of people busy following the elections in Turkey.

Lastly, there is this week’s major announcement, Trump nixing the Iran nuclear deal and re-imposing the sanctions. The decision would have a major impact on Turkey since Ankara is one of the major gas and oil buyers from Iran. Turkey celebrated the deal back then because it would help its economy. Now possible Turkish defiance could result in additional sanctions by the Trump administration. Yet this time Turkey isn’t alone, since the European countries also would like to maintain the deal.

My sense is that the problems surrounding Turkish-American relations are getting more complex and challenging by the day. This is now not something about the executive office’s decisions but also about the legislation, which is harder to deal with. If the U.S. Congress acts on its own whims and decides to go after Turkey, this can very well escalate to a point where Turkish-American relations wouldn’t survive. Congressional leaders must re-think these threats, because losing Turkey will prove to be very costly.