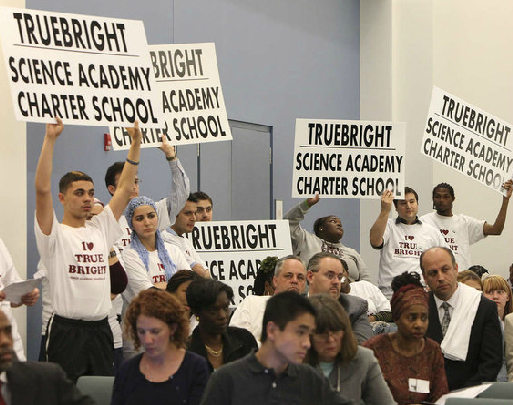 The Gulen movement (also known as FETO) has become one of the most politically influential and well-funded organizations to emerge over the past decade in the United States. Starting from a core group of followers arriving in the U.S. after Fetullah Gulen entered the country, the group has become extremely wealthy, operating a growing number of taxpayer-funded “charter” schools.

Gulen now operates his religious and political social movement from a hilltop in the quiet town of Saylorsburg, Pennsylvania, not far from New York or Washington. It is important to understand that the Gulen movement represents a political and social threat to any democratic nation that harbors its followers — this is due to the group’s lack of transparency and overall religious-political goals.

I first encountered the Gulen movement in my hometown of Austin, Texas in 2006. Our mayor had recently taken a trip to Turkey paid for by the Gulenist “Institute for Interfaith Dialogue,” a Gulen front group in Houston.

Upon his return, he was immediately helping with Gulen-related projects including being a sister city with Antalya, Turkey. The nonprofit sister city board on which I served thoroughly investigated the men with whom our mayor was associating — and unanimously recommended that the mayor and our city government not approve a relationship with the Gulen groups in Houston and Antalya that were promoting this official municipal relationship.

It was remarkable how quickly the members of the Gulen movement were able to influence the decisions of local politicians, journalists, and academics in Texas. Some believe that in post-9/11 America, the message of interfaith dialogue convinced some of the influential members. Others believe it was the money and perks that corrosively influenced some of these Americans.

Shortly after witnessing the political activities in Austin, I was told about the charter schools which the Gulenists were opening in Texas to offer a “basic” education for children of the state. These schools are called “Harmony” and “SST” schools.

I had only seen the political subterfuge that the group was involved in; the schools were another layer to the Gulen movement’s operations in America that were fascinating. In 2011, during the editing process of my last film, we starting shooting footage around the subject of these schools.

It should be noted that the Gulen “charter schools” are financed by the tax dollars Americans are required to pay as part of the taxes on their homes and other property. These schools are considered “public” in that they are granted a “charter” by the local or state government to operate.

They are “private” in that they are managed by a private board or management group. These private organizations seek profits in operating these so-called “charter schools.” Many problems have resulted in American society as a result of the experiment in “privatizing” (turning free, public schools into privately managed ones) the basic education of our children; it is a heated political debate in the U.S.

The total number of these schools is difficult to accurately calculate. They open and close with regularity. My researchers believe that the Gulen movement operates 167 taxpayer-funded charter schools in 26 states plus Washington, D.C. in the United States.

The law firm of Robert Amsterdam, who has been investigating the Gulen schools on behalf of the government of Turkey, estimates the number at 200 schools. Given that the head of the U.S. Department of Education in Washington, Betsy DeVos, is a leading proponent of charter schools, it seems that the Gulen schools will grow without restriction.

It is a “perfect storm” that is powerful and growing ever-larger. When we started filming “Killing Ed” in 2011, there were approximately 30 Gulen charter schools in Texas and about 120 total in the U.S. In 2017, there are now 55 schools in Texas with another six or seven slated to open in the current school year that ends in 2018. Texas has the largest number of the schools, followed by Ohio.

They are growing rapidly in Texas, where the politicians have been convinced by Gulenist PR and campaign contributions that they are “good guys” and represent the Turkish population. It is estimated that each year these schools receive over $720 million for the 80,000 students enrolled.

Further money is generated through the issuance of bonds for the schools and from grants issued by foundations such as the Bill and Melinda Gates Foundation in Seattle. Will some of these U.S. Gulen students become a new “Golden Generation” that favors Gulenist goals? It is hard to say, but while making “Killing Ed” we often heard that susceptible boys from the schools were taken on overnight trips by the Turkish Gulen male teachers.

This would indicate a type of “grooming” to see if at some point a male student might become a follower of Gulen — and a Gulenist himself (girls were not taken on these overnight trips).

Externally, these Gulen schools claim to be of higher quality than the local public schools that are not “charters.” However, it is not hard to see that these claims are falsehoods. The schools are not required to accept every student that applies, which is very different from the tradition of normal public schools in America that offer free education for all. They take the highest-performing children so that they can do well on state-funded tests.

For example, the Texas “Harmony” charter schools operated by the Gulenists claim that they graduate 100 percent of their students and 100 percent go to college. This is an absurd claim based on a lie. The Harmony students that do not test well are pressured to leave the schools — often in a very terrible manner. As seen in my film, “Killing Ed,” all of the children are required to apply to the “North American University” in Houston — which is operated by the Gulen movement! So these statistics are fabrications that help attract parents who send their children to ever more of the Gulen schools.

Furthermore, teachers we interviewed for “Killing Ed” discussed pay discrimination as the Gulen teachers — who often had never taught before — received up to four times as much as their American counterparts. A portion of these funds (between 10-50 percent, depending on the marital status of the Gulenist teacher) were sent in cash via couriers to the Gulen compound in Pennsylvania. It is important to note that unlike in Turkey, members of the Gulen movement have not used physical violence against their U.S. critics — hence the tendency in the U.S. not to refer to the group as “terrorists.” However, threats of legal action, intimidation and use of their American “friends” to pressure critics are very common.

Many Americans support the efforts by the Turkish government to extradite Fetullah Gulen and his high-level followers back to Turkey to stand trial for their involvement in the July 2016 coup attempt. The harm done to our communities in the U.S. through the corrosive and corrupt practices of the Gulenists over the past decade has been extensive. We want it removed from our nation.

Much has to be done to educate Americans about the Gulen movement and to inform them that the Gulenists are not the true representatives of all Turkish people, as they have effectively told Americans for the past 17 years. They are only a small, controversial subgroup.

It is my hope to eventually show “Killing Ed” in Turkey to show the threat of the Gulenists. Why should Turks be concerned about the growth in the U.S. of the Gulen movement? It is my opinion that until the Gulenists’ huge yearly revenues in tax dollars generated by their schools stops, the Gulen movement will continue to have the funds to influence U.S. politicians and journalists — and potentially foment another anti-democratic coup against the government in Turkey.

It is very important for Turks to understand this threat. The unimpeded growth of this secretive group in the U.S. is a threat to both Turkey and the American democratic experiment. It will take years to remove this group from society in the U.S. Until it is stopped, both of our societies are at risk.

*This analysis first appeared at aa.com.tr in 10 October 2017 and is published here with prior permission from Anadolu Agency.

Mr. Mark S Hall is a Documentary Filmmaker and the director of Killing Ed documentary.

My money is on Trump
Catalan vs. Kurdish referendum
Comment