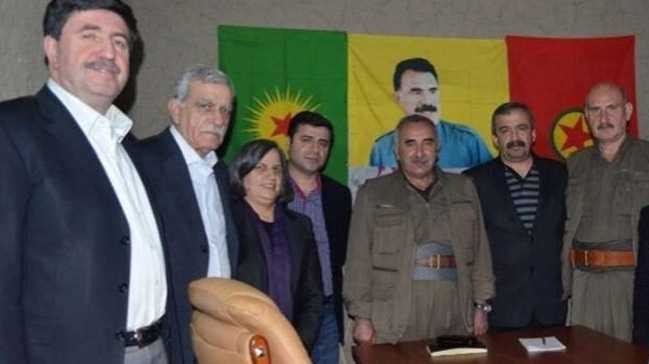 12 Turkish hostages were killed by PKK in Gara mountains of  Northern Iraq last week. The event has shown HDP’s role in terrorism yet another time. Established with the order of PKK leaders and supported by Turkish leftists and some seculars, HDP has become the fifth column of PKK in Turkey.

HDP members including lawmakers admit that they are chosen for their posts by PKK leaders based in Qandil mountains of Iraq. Police have revealed that the party is acting with the order of PKK. As per investigations, HDP conducts street protests with the request of the terrorist organization. In addition, municipalities won by HDP were caught funneling state money to the terrorist group. Many of mayors were arrested and replaced by trustees for that reason.

Besides, HDP has two more duties ordered by PKK. One is to find new recruits for the terrorist group. HDP does it through affiliated youth associations and party bureaus. Even fan groups of football teams were used to recruit Kurdish teenagers. Hundreds of families have gathered in front of HDP’s Diyarbakır bureau to ask their children from the party for last two years. Inspired by sit-in protests in Diyarbakır, people living in Şırnak and Hakkari also began to protest PKK and HDP.

HDP also helps PKK members to conduct terrorist attacks in cities. Since terrorists do not know places and targets in cities well, HDP members pick them to the destination and provide their needs until the attack is finalized. A similar duty is to define whom to kidnap. In case HDP faces resistance from locals, it calls PKK members to kidnap resistants and execute them. Soldiers and police officers kidnapped are also previously identified by HDP.

Because of being massively involved in terrorism, HDP is under the scrutiny of Turkish security forces. Investigations show that besides party staff,  almost all HDP lawmakers help PKK’s terrorist violence. While some Turkish people want HDP to be closed, another group ask only personal sentence of HDP members.

Meanwhile, Western media continues to show HDP as the representative of Kurdish people and ignores its affiliation with PKK. Whereas Western governments and media were silent when parties of terrorist organizations in the west were closed by courts.