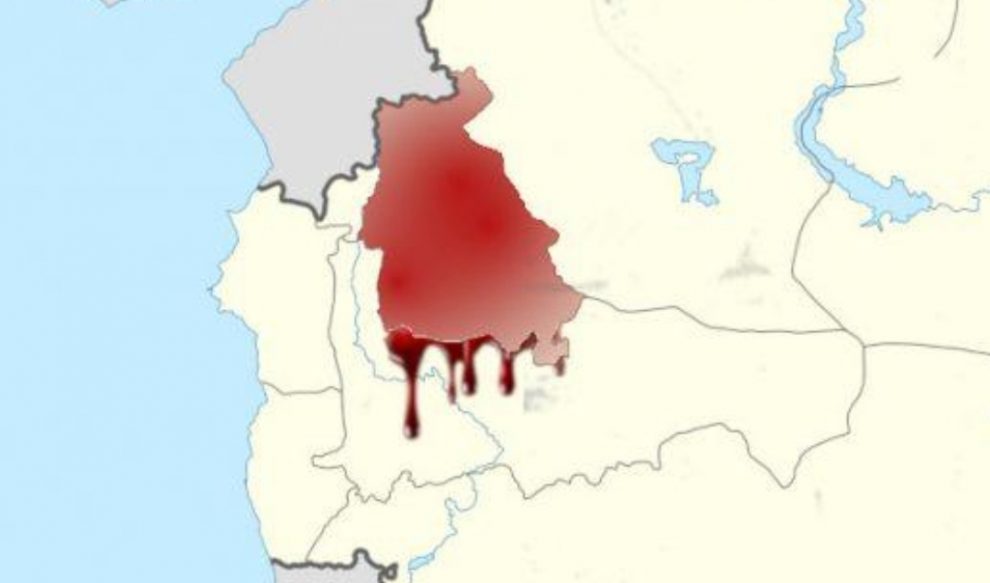 The oppressed in the war of the gian ts that has been going on for 7 years has always been innocent.

The defenceless people have always paid the price. Assad, who has lost half of his country to the USA, is trying to take the remaining half from the hands of the civilians whom he massacred with barrel bombs.

Assad took over the Syrian state from his father. Even the figurative candidates were not included in the elections they made. The Egyptian murderer, at least, could tolerate until the half an hour before the elections. But this murderer did not do it either. Speaking actors, whom he was conceived to since his foundation, still have a voice in the region and are still allowing their nights to relax. But how far?

Since he does not see the corpses smelling fresh blood that the barrel bombs crumbled, he can give moral smile to his wife whose treatment continues. The cruelty that can make the broken legs of newborn babies as appetizers at his dinner table must have been inherited from her father.

The “bomb release” buttons of his old aircraft have been worn out due to over use of them. He cannot get money from Iran or Russia in order to change them with new ones. Actually herself is the toy of these two evil countries which are a wolf in sheep’s clothing. What is it like to know that? The babies whom he killed with chemical weapons before knowing their mothers will ask this question in the afterlife.

Assad wants to irrigate his fake power, that he grew with its mortified smell, with the blood of civilians of Idlib and also wants Turkey to go off the deep end. He gazes upon Turkey, the centre of mercy, the north of Idlib where we wants to add his massacre. This is the battle of brutality and mercy. Murderer Assad thinks that Turkey will be squeezed and leave from the region.

Assad should read history. The days when Syria was a small province of Ottoman Empire, the days when Hatay was a small town, in that time the rulers of Anatolia were defeated in the 1st World War. The victorious countries wanted to take German troops. My glorious ancestors said, “Even if there is death in the end, your desire will never come true. To protect the trust is the purpose of our life. ” The British, who heard this, had to give up from his desire.

The fate entrusted Idlib to Turkey and we have agreed on it. Even if there is death in the end, Turkey will not leave Idlib to her fate.

The unnamed 3rd World War is continuing in Middle East and it has come close to the end. The defeated parties have the purpose of retreating through fighting.

It will be seen soon that the mercy will win.

Idlib: Russia Should Compromise and the US Should Help
Targeting civilians, protecting terrorism
Comment