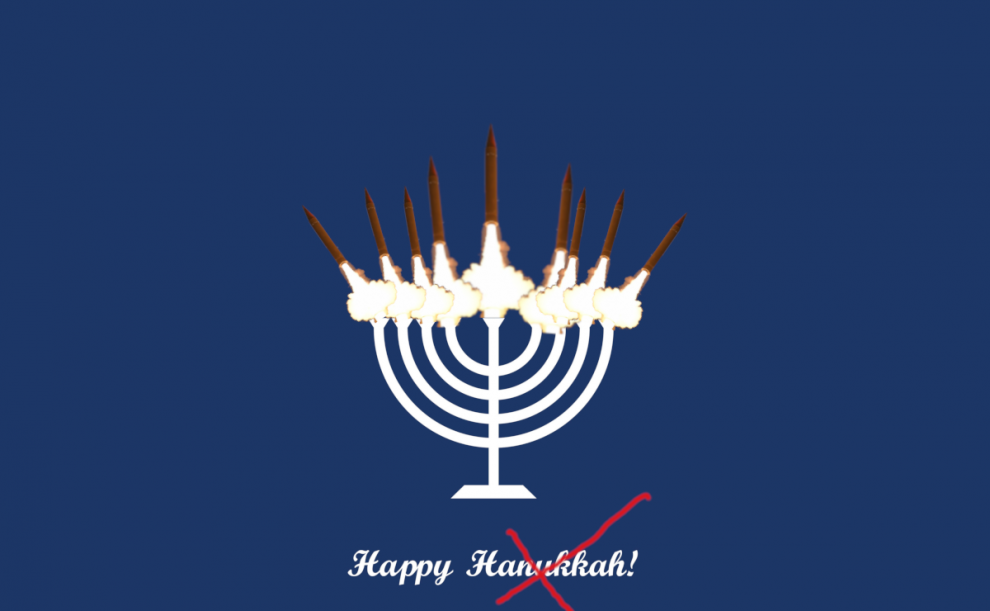 Headlines this week about an apparent rift between top British and US military officers over Iran were a reminder of just how embedded the UK’s military is within the US world empire.

This closeness has only heightened during the era of US President Donald Trump. The mere idea that a British general should take a different view from a US one seems to be almost heretical, according to much establishment opinion.

Whereas once Britain led the world’s biggest empire – to the detriment of its uncounted millions of victims – after World War II, after 1956 the US took over the reins of empire in much of the former British “sphere of influence”. The US now has military bases in most parts of the world, including in the UK. These bases are often unpopular with the local people, and have led to protests in places like Japan and South Korea.

One country that does not allow US military bases is Iran. Instead, it is literally surrounded by them – in the Persian Gulf and Turkey to the west and in Afghanistan to the east.

Open disagreements between top British officers and their US counterparts are pretty rare, prompting the Times (somewhat breathlessly) to characterise this week’s disagreement over Iran as a “public clash”. Major-General Chris Ghika, Britain’s top military commander in the US-led campaign against Daesh in Iraq and Syria, took issue with recent bellicose US rhetoric against Iran.

What’s more, Ghika made his disagreement known in the most public way possible – during a Pentagon press conference in Washington DC. His contribution was beamed in live from Iraqi capital Baghdad via video link. According to the Times, what he said “sparked consternation”. Yet instead of deleting his comments when they put out their transcript, the Pentagon instead added a “correction” prominently at the top.

The British media kerfuffle over the disagreement slightly obscured another factor in the affair – the Israeli role in this latest escalation of war against Iran.

According to Israeli media reports, the intelligence warning of a supposed “imminent threat” to US forces in Iraq originated with the Mossad, Israel’s notorious spying, assassination and dirty tricks agency. Even the New York Times – hardly a radically anti-Zionist publication – could not help but come to the logical conclusion: “Israel has quietly played an instrumental role in the recently escalating tensions in the Middle East.”

Jewish-American journalist and blogger Richard Silverstein, meanwhile, described the Israeli claims of a threat to US forces as “tenuous” and “based on lies and fraud”. If the idea of a potential US-led war in the Middle East based on fraudulent “intelligence” claims, exacerbated by a wish to aid Israeli war aims, sounds so-very-2003 to you, that is no coincidence.

John Bolton, now President Trump’s national security advisor, was also a lesser official in the George W. Bush administration. He was one of the earliest and most fanatical supporters of the disastrous, bloody and illegal US invasion of Iraq. Unlike some others who later wrote Iraq off as a “mistake,” Bolton has never recanted and stands by his role in the invasion.

This same warmongering, hard-right ideologue is now leading the drumbeat for war against Iran.

It’s hard to avoid the conclusion that, much like the “intelligence” President Bush and then UK Prime Minister Tony Blair drummed up as pretext for their Iraq invasion, warning about “imminent” Iranian threats to US personnel overseas is politically motivated.

As a Times analyst put it, “it is still unclear exactly what the threat warning refers to, other than an elevated risk to US and allied forces in Iraq and Syria”. The fact that UK Foreign Secretary Jeremy Hunt now seems to have backed Trump and Bolton over even his own general also shows how politically motivated these claims really are.

It was reported yesterday that, after Hunt’s intervention, the UK has now elevated its threat level. Yet the fact that the general apparently knew nothing of this shows, yet again, that when the US empire says jump, the British poodle replied “how high?”

And all this has been exacerbated and egged-on by the Israelis. Israel, in inventing and fabricating “threats” to the US from countries which it considers its enemies, is the real threat to world peace.

Iran has a right to defend itself from US aggression, should it come to that. Iran is correct to worry, with such an irrational president in place, who has surrounded himself with belligerent war-mongers like Bolton, who are in full lock-step with Israel’s agenda.