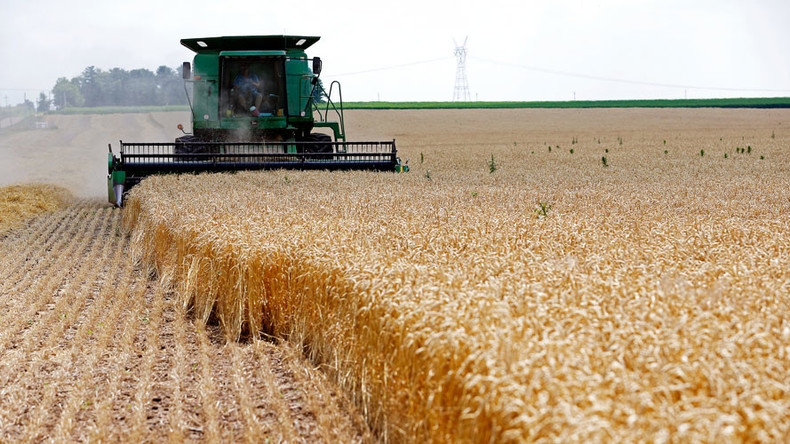 A very productive chat with agricultural engineer Berat Erdoğmuş about what we should consider our second home: the Earth.

If we don’t become more conscious and more responsible about it, by adopting preventive behaviors, we will have to get used to the idea that our lives will be more and more assiduously overwhelmed by natural catastrophes of an increasingly heavy and severe scale, difficult to tame, in response to aggressive human exploitation. It is important to promote awareness, knowledge and to start internalizing certain behaviors today to see the first results tomorrow. Because, unfortunately, and this is one of the main reasons why the subject seems something abstract, it takes a long time as far as nature is concerned until you can see the first results. It is no coincidence that the saying “What you sow, you reap”. Knowing the environment around us (we must bring the Afghan example to the reader’s attention: the Americans have spent millions on planting soybeans, a foodstuff, I won’t say unknown to the Afghans, but certainly not part of their diet, with the intention of increasing the protein component in their diet, a diet the Afghans have always followed), understanding its needs, its limits and learning to respect them are the first steps to take to build a safer, cleaner and more harmonious place to live. If we used a quarter of the zeal that we apply to the care of our bodies, half the work would already be done!

Because, in this life, we have two homes, our body and the planet, and if we don’t take care of creating a harmonious ecosystem between the two, no one else can do it for us.

Let us focus now on Turkey, a country rich in the ‘fruits of the earth’, in the variety of landscapes and climate, and let the agricultural engineer Erdoğmuş speak.

“The ecosystem is an ecological system that is formed by the mutual relations of the living things in a certain area and the non-living environment that surrounds them. An ecosystem has four basic components. Producers are autotrophs, consumers (heterotrophs), decomposers (saprophytes), and the natural environment. The first three components include animate life that survives in the inanimate nature formed by the fourth component. The branch of science that examines the relationships and interactions between the inanimate natural environment and the living things that live in is called ecology”.

What needs to be done locally and nationally to protect the ecosystem in Turkey?

“I will give you a list of steps to follow to protect the ecosystem, both at local and national level, even if we are all familiar with these behaviors, but we still have great difficulty adopting them: environmental precautions should be taken in advance in industrial construction; measures should be taken to ensure the continuity of the species in the environment in which they live; soil should be protected with conscious agriculture (organic agriculture); instead of cutting trees, trees should be planted; any behavior that will pollute the waters and water resources should be avoided; recyclable products should be preferred; consumables should be evaluated in a way that ensures recycling; the use of renewable energy sources should be increased; everything that is consumed should be used sparingly; any behavior that may disrupt the balance of the ecological system should be avoided and attitudes and behaviors that encourage excessive consumption should be avoided”.

Why is biodiversity important? How to preserve it?

“Biodiversity is the diversity of life forms found in an ecosystem, biome, or entire Earth. For people to survive, there must be clean water and air, fertile soil, nutrients, and various materials that they can use and meet in their environment.

Human activities should be limited in ecosystems that can be affected more quickly by external effects such as forests, wetlands, mountains, and lakes.

About farmers: awareness should be raised about the negative effects of overgrazing, over-collecting of plants, destruction of forests to gain land in terms of biodiversity. Destruction of coastal habitats, excessive and uncontrolled fishing and hunting should be prevented.

Nature parks and natural habitats should be created, organic agriculture should be preferred, and people should be educated on these issues. Mechanisms for species conservation and control should be developed. Voluntary organizations and the campaigns they organize should be supported.

People should be informed about the conservation of biological diversity and awareness should be created to protect and love living things”.

What are the main local Turkish crops?

TAGEM has registered as many as 780 varieties of cereals present on Turkish soil.

“Given the strategic geographical position, the variety of climate and consequently the variety of crops planted on Turkish soil, Turkish cuisine (Türk mutfağı), known throughout the world, is very varied, colorful, rich, and differs from region to region.

Today, apart from a few typical dishes common throughout the country, each region has its own specialties.

The Black Sea region uses maize, hazelnuts, and anchovies (hamsi) extensively. Black tea is also grown here. Central Anatolia consumes mainly yoghurt and kebabs, the most important aliments of the Turkish diet, along with rice and bulgur and has many famous specialties, such as keşkek (kashkak), mantı (especially from Kayseri) and gözleme. The Aegean coast prefers fish, vegetables, spices, and fruit; the south-east is famous for meat dishes, especially kebabs, meze (appetizers) and dough-based desserts such as the famous baklava, kadayıf and künefe. All seasoned with the ubiquitous olive oil – especially in the western parts of Turkey, where olive trees grow abundantly – and flavored with the many spices and herbs grown everywhere on a large scale.

What caused the fires this summer and what can be done to prevent them?

“Although fire-related ecosystems such as the Mediterranean Forests have been burning regularly from natural causes for millions of years (and this is healthy for those forests), most of today’s fires are either directly caused by humans or by human-induced indirect causes.

Forest fires existed long before humans, and many forests have evolved to cope by themselves with these fires. Understanding these natural causes can make it easier to take necessary precautions. In general, up to 15% of fires are caused by natural causes. These include lightning, volcanic activity, fires that are already in progress, plants and animals that spread the fire, meteor activity, chemical reactions, and spontaneous combustion.

The cause of many fires is people: as in many countries, 85% of fires in Turkey start as a result of human activities. These reasons can be grouped under many sub-titles like stubble and stubble burning, garbage and garbage burning, hunting, shepherd’s fire, smoking, environmental pollution, picnic, terror and arson, and reconstruction. After the fire is extinguished in the affected forest area, the land should be ploughed and left to rest for a few months, not exacerbated immediately. Nature alone already knows what it needs, human intervention is not so necessary.