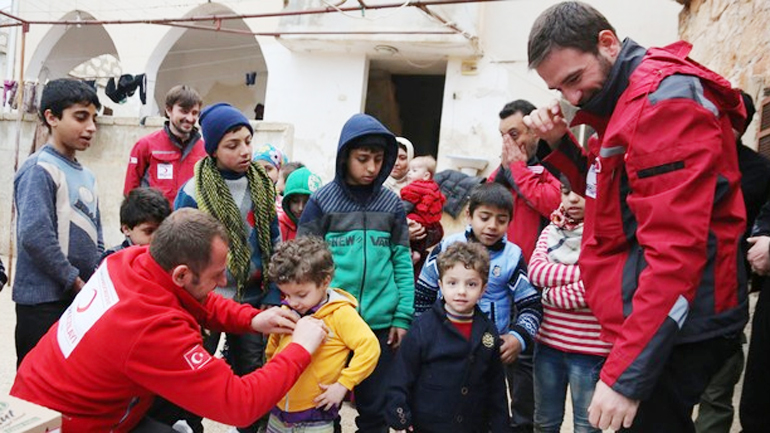 Bernard-Henri Levy bases his defamatory piece on the oft-repeated falsehood that the PYD-YPG, the Syrian branch of the PKK, represents all Syrian Kurds (“Stand Up To Erdogan’s Brutality,” op-ed, Feb. 8). This is first and foremost an insult to the 300,000 Syrian Kurds who fled to Turkey to escape PYD-YPG atrocities.

Mr. Levy tries to whitewash the PYD-YPG in a shameful attempt to portray it as the savior of the West, while ignoring the assassinations, persecutions and ethnic cleansing it has perpetrated in all the Syrian lands it has occupied. The PYD-YPG abuses have been well-documented by independent human-rights organization such as Amnesty International and Human Rights Watch.

Operation Olive Branch is not targeting the Kurds. On the contrary, Turkey aims at clearing Afrin from the terrorist usurpers and returning the land to its rightful owners: the Syrian people, including the vast majority of Syrian Kurds who do not share the murderous ideology of the PYD-YPG.

Turkey will never let any piece of land, anywhere along its borders, to be used as a staging ground for terror attacks against its citizens. Long before military operations began, the PYD-YPG was taking advantage of Afrin’s mountainous terrain to target civilians and military assets inside Turkey, as well as in adjacent Syrian territories.

Turkey was also the first country to launch a successful ground offensive against Daesh/ISIS in Syria through Operation Euphrates Shield (OES) and suffered horrific reprisal terror attacks at home. Today, areas liberated through OES have become a rare haven of stability and prosperity within Syria. Syrians have been flocking back to their homes. Turkey aims to replicate this success story in Afrin.

Not a single Syrian Kurd has dared to return to the areas currently held by the PYD-YPG. The Syrian lands grabbed by this terrorist organization are in ruins and their demographics altered. Allowing and encouraging a terrorist organization to steal even more land in Syria, all the while turning a blind eye to the atrocities against original inhabitants, will only perpetuate the root causes that led to the emergence of Daesh/ISIS in the first place.

Ambassador of the Republic of Turkey