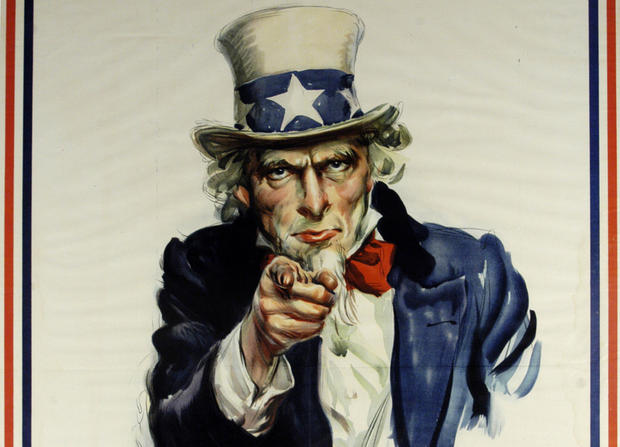 The Trump administration has drawn Turkey deeper into the Syrian conflict by announcing a policy that threatens Turkey’s national security. Washington’s gaffe has pitted one NATO ally against the other while undermining hopes for a speedy end to the seven year-long war.

Here’s what’s going on: On January 18, US Secretary of State Rex Tillerson announced the creation of a 30,000-man Border Security Force (BSF) to occupy East Syria. Two days later, January 20, the Turkish Army launched a ground and air offensive against Kurdish troops in the Afrin canton in Northwest Syria.

The media has tried to downplay the connection between the two events, but the cause-and-effect relationship is pretty clear.  Tillerson’s  provocation triggered the Turkish invasion and another bloody phase to the needlessly-protracted conflict.  Washington’s screwup has made a bad situation even worse.

A five-year-old child could have figured out that Turkey wasn’t going to sit-back and let the US establish a Kurdish state on its border without putting up a fight. Keep in mind, the US plans to defend this new protectorate with  a 30,000-man proxy-army comprised of mostly Kurdish fighters from the People’s Protection Units or YPG.  The Turks, however, believe the YPG is connected to the terror-listed PKK which  has prosecuted a scorched earth campaign against the Turkish state for decades. That’s why Turkish President Recep Tayyip Erdogan will not allow these groups to dig in along Turkey’s southern border, they constitute a serious threat to Turkey’s security. Just imagine if Hezbollah decided to set up military encampments along the Mexican border. How long do you think it would take before Trump blew those camps to kingdom come? Not long, I’d wager.

So why did Tillerson think Erdogan would respond differently?

There’s only one explanation: Tillerson must be so blinded by hubris that he couldn’t figure out what Erdogan’s reaction would be.  He must have thought that,  “Whatever Uncle Sam says, goes.” Only it doesn’t work like that anymore. The US has lost its ability to shape events in the Middle East, particularly in Syria where its jihadist proxies have been rolled back on nearly every front. The US simply doesn’t have sufficient forces on the ground to determine the outcome, nor is it respected as an honest broker, a dependable ally or a reliable steward of regional security.  The US is just one of many armed-factions struggling to gain the upper hand in an increasingly fractious and combustible battlespace.  Simply put,  Washington is losing the war quite dramatically due in large part to the emergence of a new coalition  (Russia-Syria-Iran-Hezbollah) that has made great strides in Syria and that is committed to preserve the Old World Order, a system that is built on the principles of national sovereignty, self determination and non intervention. Washington opposes this system and is doing everything in its power dismantle it by redrawing borders, toppling elected leaders, and installing its own stooges to execute its diktats. Tillerson’s blunder will only make Washington’s task all the more difficult by drawing Turkey into the fray in an effort to quash Uncle Sam’s Kurdish proxies.

In an effort to add insult to injury,  Tillerson didn’t even have the decency to discuss the matter with Erdogan– his NATO ally– before making the announcement! Can you imagine how furious Erdogan must have been?   Shouldn’t the president of Turkey expect better treatment from his so-called friends in Washington who use Turkish air fields to  supply their ground troops and to carry out their bombing raids in Syria? But instead of gratitude, he gets a big kick in the teeth with the announcement that the US is hopping into bed with his mortal enemies, the Kurds. Check out this excerpt from Wednesday’s Turkish daily, The Hurriyet, which  provides a bit of background on the story:

“It is beyond any doubt that the U.S. military and administration knew that the People’s Protection Units (YPG)…had organic ties with the Kurdistan Workers’ Party (PKK), which Washington officially recognizes as a terrorist group….The YPG is the armed wing of the Democratic Union Party (PYD), which is the political wing of the PKK in Syria. They share the same leadership…the same budget, the same arsenal, the same chain of command from the Kandil Mountains in Iraq, and the same pool of militants. So the PYD/YPG is actually not a “PKK-affiliated” group, it is a sub-geographical unit of the same organization….

Knowing that the YPG and the PKK are effectively equal, and legally not wanting to appear to be giving arms to a terrorist organization, the U.S. military already asked the YPG to “change the brand” back in 2015. U.S.

Special Forces Commander General Raymond Thomas said during an Aspen Security Forum presentation on July 22, 2017 that he had personally proposed the name change to the YPG.

“With about a day’s notice [the YPG] declared that it was now the Syrian Democratic Forces [SDF],” Thomas said to laughter from the audience. “I thought it was a stroke of brilliance to put ‘democracy’ in there somewhere. It gave them a little bit of credibility.” (Hurriyet)

Ha, ha, ha. Isn’t that funny? One day you’re a terrorist, and the next day you’re not depending on whether Washington can use you or not. Is it any wonder why Erdogan is so pissed off?

So now a messy situation gets even messier. Now the US has to choose between its own proxy army (The Kurdish Syrian Democratic Forces) and a NATO ally that occupies the critical crossroads between Asia and Europe. Washington’s plan to pivot to Asia by controlling vital resources and capital flowing between the continents depends largely on its ability to keep regional leaders within its orbit. That means Washington needs Erdogan in their camp which, for the time being, he is not.

Apparently, there have been phone calls between Presidents Trump and Erdogan, but early accounts saying that Trump scolded Erdogan have already been disproven. In fact, Trump and his fellows have been bending-over-backwards to make amends for Tillerson’s foolish slip-up. According to the Hurriyet:

“The readout issued by the White House does not accurately reflect the content of President [Recep Tayyip] Erdoğan’s phone call with President [Donald] Trump,”…“President Trump did not share any ‘concerns [about] escalating violence’ with regard to the ongoing military operation in Afrin.”…The Turkish sources also stressed that Trump did not use the words “destructive and false rhetoric coming from Turkey.”…

“In response to President Erdoğan’s call on the United States to end the delivery of weapons to the [Democratic Union Party] PYD-YPG, President Trump said that his country no longer supplied the group with weapons and pledged not to resume the weapons delivery in the future,” the sources added.” (Hurriyet)

If this report can be trusted, (Turkish media is no more reliable than US media) then it is Erdogan who is issuing the demands not Trump.  Erdogan insists that all YPG units be redeployed east of the Euphrates and that all US weapons shipments to Washington’s Kurdish proxies stop immediately. We should know soon enough whether Washington is following Erdogan’s orders or not.

So far, the only clear winner in this latest conflagration has been Vladimir Putin, the levelheaded pragmatist who hews to Napoleon’s directive to “Never interfere with an enemy while he’s in the process of destroying himself.”

Putin gave Erdogan the green light to conduct “Operation Olive Branch” in order to pave the way for an eventual Syrian takeover of the Northwestern portion of the country up to the Turkish border.  Moscow removed its troops from the Afrin quarter (where the current fighting is taking place) but not before it presented the Kurds with the option of conceding control of the area to the central government in Damascus. The Kurds rejected that offer and elected to fight instead. Here’s an account of what happened:

Nearly a week ago, [a] meeting between Russian officials and Kurdish leaders took place. Moscow suggested Syrian State becomes only entity in charge of the northern border. The Kurds refused. It was immediately after that that the Turkish Generals were invited to Moscow. Having the Syrian State in control of its Northern Border wasn’t the only Russian demand. The other was that the Kurds hand back the oil fields in Deir al Zor. The Kurds refused suggesting that the US won’t allow that anyway.

Putin has repeatedly expressed concern about US supplies of advanced weapons that had been given to the Kurdish SDF. According to the military website South Front:

“Uncontrolled deliveries of modern weapons, including reportedly the deliveries of the man-portable air defense systems, by the Pentagon to the pro-US forces in northern Syria, have contributed to the rapid escalation of tensions in the region and resulted in the launch of a special operation by the Turkish troops.” (SouthFront)

Erdogan’s demand that Trump stop the flow of weapons to the SDF will benefit Russia and its allies on the ground even more than they will benefit Turkey. It’s another win-win situation for Putin.

The split between the NATO allies seems to work in Putin’s favor as well, although, to his credit, he has not tried to exploit the situation. Putin ascribes to the notion that relations between nations are not that different than relations between people, they must be built on a solid foundation of trust which gradually grows as each party proves they are steady, reliable partners who can be counted on to honor their commitments and keep their word. Putin’s honesty, even-handedness and reliability have greatly enhanced Russia’s power in the region and his influence in settling global disputes.  That is particularly evident in Syria where Moscow is at the center of all decision-making.

As we noted earlier, Washington has made every effort to patch up relations with Turkey and put the current foofaraw behind them. The White House has issued a number of servile statements acknowledging Turkey’s “legitimate security concerns” and their “commitment to work with Turkey as a NATO ally.” And there’s no doubt that the administration’s charm offensive will probably succeed in bringing the narcissistic and mercurial Erdogan back into the fold. But for how long?

At present, Erdogan is still entertains illusions of cobbling together a second Ottoman empire overseen by the Grand Sultan Tayyip himself, but when he finally comes to his senses and realizes the threat that Washington poses to Turkish independence and sovereignty,  he may reconsider and throw his lot with Putin.

In any event, Washington has clearly tipped its hand revealing its amended strategy for Syria, a plan that abandons the pretext of a “war on terror” and focuses almost-exclusively on military remedies to the “great power” confrontation outlined in Trump’s new National Defense Strategy. Washington is fully committed to building an opposition proxy-army in its east Syria enclave that can fend off loyalist troops, launch destabilizing attacks on the regime, and eventually, effect the political changes that help to achieve its imperial ambitions.

Tillerson’s announcement may have prompted some unexpected apologies and back-tracking, but the policy remains the same. Washington will persist in its effort to divide the country and remove Assad until an opposing force prevents it from doing so.  And, that day could be sooner than many people imagine.

Mike Whitney lives in Washington state. He is a contributor to Hopeless: Barack Obama and the Politics of Illusion (AK Press). Hopeless is also available in a Kindle edition. He can be reached at fergiewhitney@msn.com.

Every photo tells a story, but this one does more
Levy’s Wrong. Turkey Is Helping Syrian Kurds
Comment