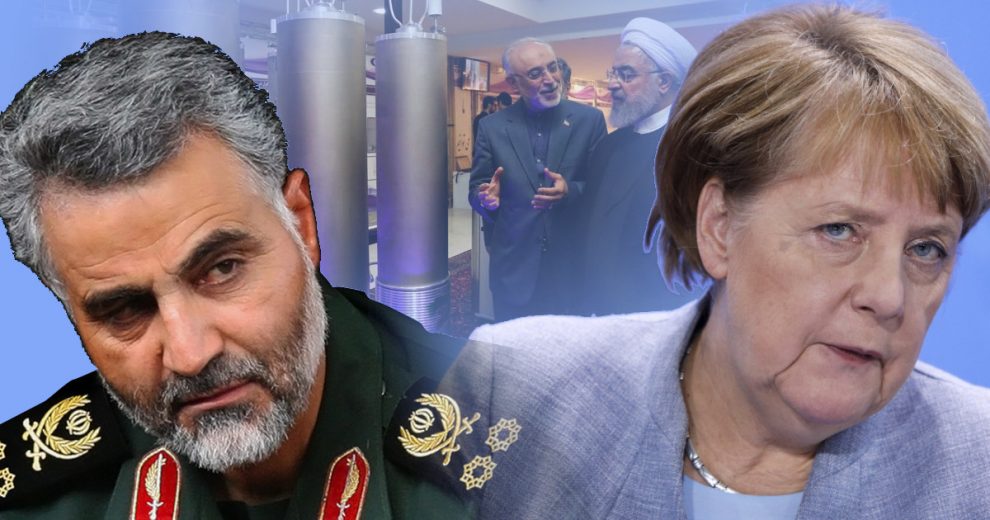 Yesterday, Britain, France and Germany formally accused Iran of violating the terms of the Joint Comprehensive Plan of Action (JCPOA) agreement to curb its nuclear program, which eventually could lead to the reimposing of U.N. sanctions lifted under the deal.

“Our three countries are not joining a campaign to implement maximum pressure against Iran. Our hope is to bring Iran back into full compliance with its commitments under the JCPoA,” Britain, France and Germany said in a joint statement. This is a strong signal that EU wants to hold the Iran nuclear deal.

On Saturday, Chancellor Angela Merkel said after meeting with Russian President Vladimir Putin in Moscow: „Of course, we should do everything we can to maintain the JCPOA agreement. That is why we will continue to use all diplomatic means to keep this agreement, which is certainly not complete or incomplete, but which is an agreement and involves commitments on all sides.“

Germany’s leaders voiced concerns about an escalation in tensions but haven’t criticized the assassination of general Qassem Soleimani. Chancellor Angela Merkel’s spokeswoman Ulrike Demmer urged restraint and de-escalation. “We are at a dangerous point of escalation. It is now important through prudence and restraint to contribute to de-escalation,” Demmer said.
Foreign Minister Heiko Maas said the aim now was to prevent further escalation across the Middle East.

Defence Minister Annegret Kramp-Karrenbauer said that it was up to Iran’s leaders to make sure that the conflict in the region did not escalate further. Kramp-Karrenbauer noted that the United States had acted alone, but added that Soleimani was responsible for exporting terror and violence, resulting in many deaths.

EU parliamentarians have criticized trump’s assassination of Iranian general Qassem Soleimani. Merkel wants to save the Iran nuclear deal with Germany’s European partners but didn’t criticize the assassination of the Iranian general Qassem Soleimani. That is a double standard by Merkel’s foreign policy. Germany treats Iran as an object and not as a sovereign state.

US army to hold largest military drill in Germany in 25 years
What is the role of the new Turkey in the Middle East?
Comment