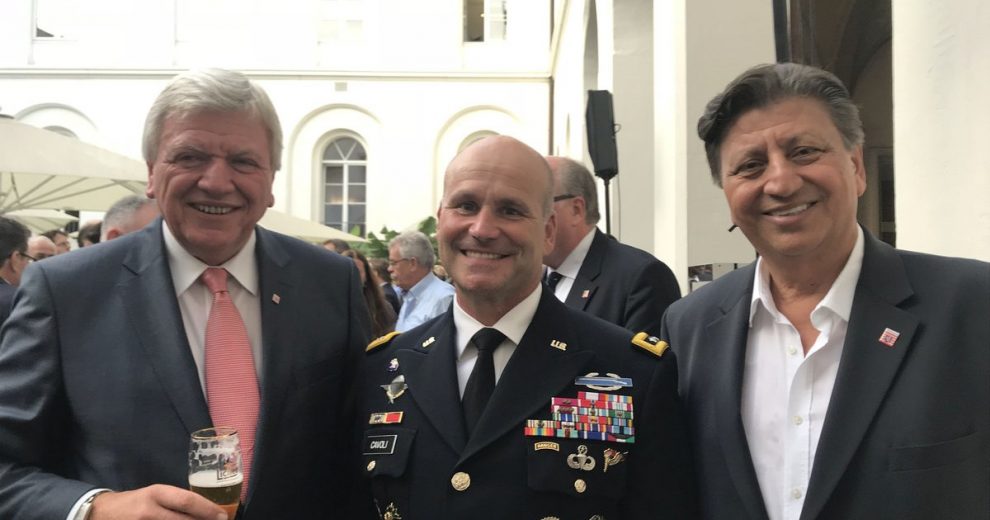 The US are planning one of their largest ever European military drills to be held in Germany. The German government approves the drill which involves at least 20,000 soldiers of the US army. The „Defender-Europe 20“ exercises which will start in February were announced at a conference in Berlin earlier this week.

General Andrew M. Rohling, the deputy commander of the US Armed Forces in Europe, said that the purpose of this massive military drill is “to exercise the United States’ military ability to deploy a large force of personnel and equipment from the continent of the United States to the continent of Europe, and alongside our NATO allies and partners, quickly respond to any crisis.“

Rohling went on explaining that US soldiers’ equipment will mostly come “via multiple seaports in Belgium, Germany and the Netherlands,” before adding that “Germany’s support is critical to the success of this exercise.“

Among German lawmakers the supporters of the US-American „Defender-Europe 20“ drill are in the majority. They approve the US army presence in Germany as well as the North American–European military cooperation.

One of the German lawmakers who advocates the concept of Transatlanticism is Ismail Tipi who celebrated German-US American relations with Lieutenant general Christopher G. Cavoli, commander of the United States Army Europe.

Most German lawmakers back the US troops in Germany which located their US European Command headquarters in Stuttgart. These headquarters serve the US troops as their coordinating structure for all American military forces across 51 primarily European countries.

Beginnings: From the dictatorship of the Colonels to the tyranny of economics
Merkel wants to save the Iran nuclear deal but didn’t criticize assassination of Iranian general
Comment