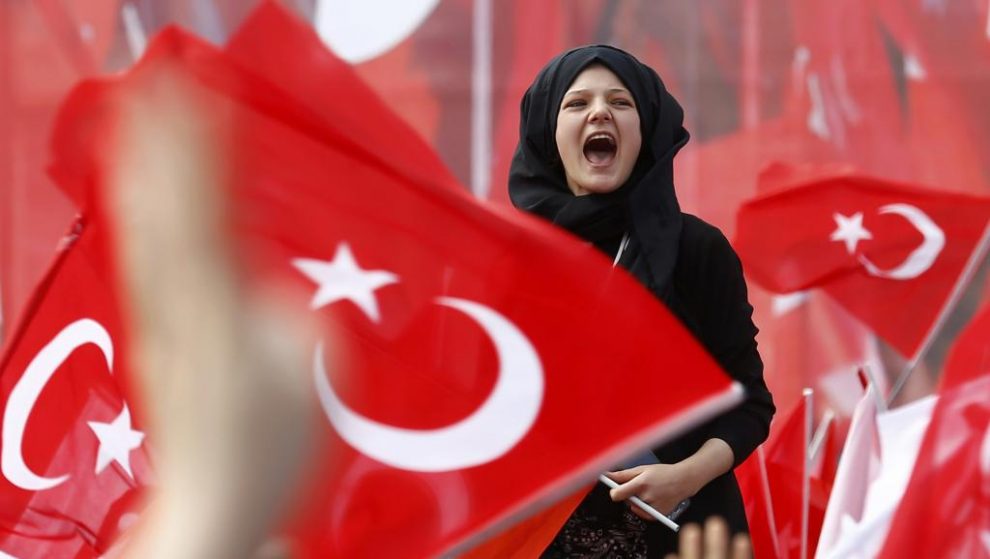 The July 15 coup attempt in Turkey sent shockwaves throughout the world, including Arab countries. Many Arabs, who have witnessed the reversal of the Arab Spring revolutions, staunchly opposed the coup attempt and showed support for the Turkish people and government. However, certain Arab governments and their operatives were openly supportive of the coup plotters and even offered logistical support to FETO, the armed organisation led by the US-based Turkish national Fethullah Gulen that orchestrated the failed coup.

Although the relationship between these Arab governments and Gulen supporters wasn’t initially clear, it came to be better appreciated in light of new evidence that has been discovered over the past year. Egypt’s government emerged as the most vocal supporter of the July 15 coup attempt in Turkey. In the immediate aftermath of the failed coup, the government of General Abdel Fattah el-Sisiannounced that it could consider granting asylum to Fetullah Gulen in case he was compelled to leave the United States. Meanwhile, Egyptian authorities failed to impose restrictions on FETO’s activities within their borders and allowed the group’s representatives to appear on Egyptian TV channels in order to defend the coup plotters. Moreover, pro-government broadcasters in the country adopted an editorial line that sided with the coup plotters against Turkey’s democratically elected government. In an effort to spread the messages of Fetullah Gulen to the Arab world, a television network owned by Mohammed Dahlan, a Palestinian adviser to the United Arab Emirates (UAE), broadcastan interview with the failed coup’s mastermind.

The UAE was another strong supporter of the coup attempt in Turkey. It has recently been revealed that, unsettled by Ankara’s regional policy in recent years, the country took a series of thinly veiled steps to support FETO’s attempt to remove Turkish President Recep Tayyip Erdogan from power.

In June, emails leaked from the personal account of Abu Dhabi’s ambassador to Washington, Yousef al Otaiba, revealed that the Gulf nation could have played a greater role in last summer’s failed coup than originally anticipated.

The emails showed that Otaiba was in close contact with senior officials from the Foundation for Defense of Democracies (FDD), a US-based think-tank primarily financed by the pro-Israel businessman Sheldon Adelson. An exchange between the UAE ambassador and John Hannah, a senior counsellor at the foundation, provided valuable insights into Abu Dhabi’s relationship with the coup plotters in Turkey.

In one of the leaked emails, Hannah, a former deputy national security adviser to former Vice President Dick Cheney, sent Otaiba an article claiming that both the UAE and FDD were responsible for the July 15 military coup attempt in Turkey, saying he is “honoured to be in the UAE’s company”.

Hannah previously published an article at ForeignPolicy.com titled “How Do You Solve a Problem Like Erdogan?” in which he suggested that the Turkish military would turn on Erdogan to “save” Turkey.

Also, in an article published by Middle East Eye in July last year, British journalist David Hearst claimed that the UAE had set aside significant funds to ensure that the coup attempt in Turkey would be successful. He alleged that Mohammed Dahlan, acting on behalf of the UAE government, delivered money to FETO operatives. Last month, Turkish Foreign Minister Mevlut Cavusoglu told the press that a Muslim country had spent $3bn on efforts to overthrow the Erdogan government, adding weight to the claims that the UAE funded last year’s coup attempt.

There are several reasons behind the UAE’s desire to topple Turkey’s government.

First of all, it is no secret that the UAE has been unhappy with the Turkish government’s approach to the Arab Spring revolutions. When protests broke out in several Middle Eastern countries, Ankara expressed solidarity with the pro-democracy forces and openly supported the replacement of Western-controlled authoritarian regimes with democratically elected governments. Believing this pro-democracy message to be detrimental to its own interests, Abu Dhabi took measures against the country.

Believing that the group poses a challenge to their rule, political elites in Abu Dhabi adopted a staunch anti-Brotherhood policy. In 2013, they supported Sisi’s military coup which removed Brotherhood’s Morsi from power in Egypt and later they took a series of steps to topple the government of Turkey in a similar manner. They also orchestrated – alongside Saudi Arabia – the on-going blockade of Qatar.

Turkish government’s attitude toward Iran and Libya was another reason behind the UAE’s support for last year’s failed coup attempt.

In Libya, the Turkish government is supporting the formation of a democratic government while the UAE is backing the military government of Khalifa Haftar and refusing to help the war-torn country move towards democracy. At the same time, Abu Dhabi remains unsettled by Ankara’s friendly relations with Tehran at a time when it wishes to isolate the country.

Turkey’s strong economic, military and political ties with Qatar are another reason behind the UAE’s hostile attitude towards the Turkish government. The strengthening cooperation between Ankara and Doha leaves several Gulf countries – including Saudi Arabia and the UAE – unsettled, because they do not want Turkey to become more influential in the Gulf region. Abu Dhabi and Riyadh’s recent call for the immediate shutdown of the Turkish military base in Qatar is an example of this sentiment.

Finally, Turkey’s search for a new regional order in the Middle East encourages the UAE to work more closely with regional and global players to isolate Ankara. The UAE has been engaging Egypt, Saudi Arabia, Germany, Israel, the United States and others in an effort to mitigate the Turkish influence in the Middle East.

Committed to the goal of promoting democracy, perpetuating peace and spreading development and economic welfare to all societies in the Middle East, Turkey will remain a transformative player in the region. Ironically, the support provided by certain local and global stakeholders to the coup plotters in Turkey not only boosted Turkish President Erdogan’s popularity, but also led Ankara to reconsider its policy towards said countries. Promoting regional cooperation and urging local players to have more control over the Middle East, the Turkish government should be expected to work more closely with governments that share these goals and to take stronger action against those that disagree.