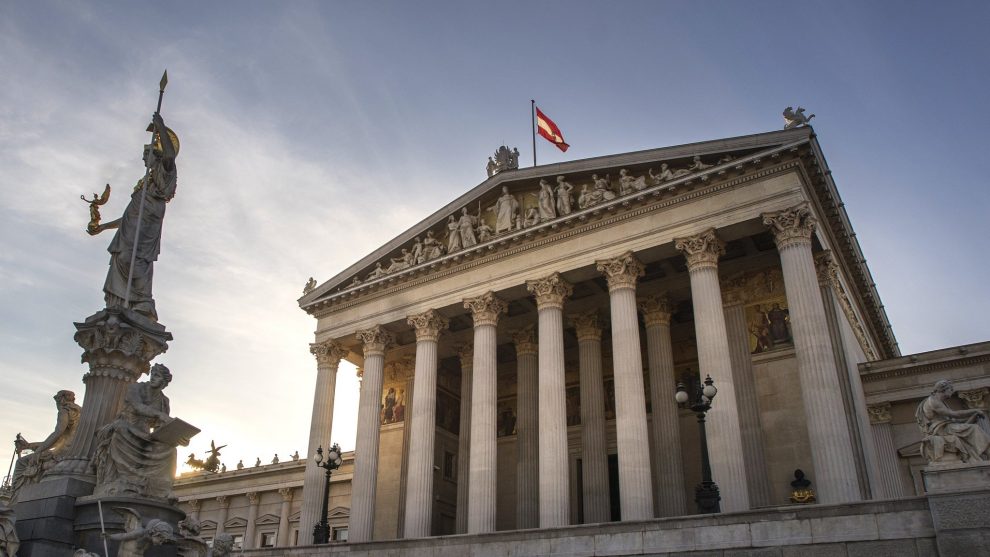 In the past, far-right parties would have been ostracised, but now it’s a question of how to accommodate them. This poses dangers for minority rights, and in particular, Muslims.

For the first time in post-World War II Europe, when the right-wing populist Austrian Freedom party (FPO) was inaugurated in 2000 to become a junior partner in a coalition with the Christian Democratic People’s Party (OVP), 150,000 people gathered in the streets of Vienna to demonstrate against the normalisation and mainstreaming of the far right.

The protests were so vocal that its ministers could only be sworn into office by accessing the parliament via underground tunnels.

Also, at the time the much-smaller 15-member EU, did not welcome the inclusion of the FPO into government. The remaining 14 member states introduced sanctions after the formation of the government.

Diplomatic contacts with Austria were downgraded to make a symbolic gesture of not legitimising the far right in the EU. This diplomatic boycott was again lifted towards the end of the same year.

A shift to the right

Since 2000, the world, and also Europe, have changed dramatically in terms of the public mainstreaming of right-wing extremist views.

Old-fashioned right-wing extremist political parties such as the French National Front (FN) or the Swedish Democrats (SD) have successfully managed to give themselves a new image as the defenders – not only of Christian, white Europe – but also of gender equality, homosexuals and Jews.  And they have put themselves in the vanguard of the fight against an alleged “Islamisation,” which today represents a normalised racism.

Beyond that, we are today living in a world, where the president of the single remaining superpower openly declares that “Islam hates us”. Islamophobia today is the new normal, a form of racism that is widely accepted and goes beyond the extreme right.

This normalisation of Islamophobia has also become prevalent in Austria, where the FPO and its respective spin-off, the Alliance for the Future of Austria (BZO), under the leadership of Jorg Haider, were in government between 2005 and 2007.

Pegida, an abbreviation of the Patriotic Europeans Against the Islamisation of the West, a group that emerged in Germany celebrates the third anniversary of their movement. In the placard a picture of the right-wing Sebastian Kurz, the new Chancellor of Austria and his coalition partner Heinz-Christian Strache of the extreme right-wing FPO leader. The placard says “Our neighbours realise the will of the electorate better.” Also on the placard is “Islamisation, no thanks.” ( AP )

While right-wing parties have moved into the oppoisition over the last few years, as they had in the 1990s, right-wing positions have become normal in the Austrian body politic.

In 2008, an OVP-led local government initiative legalised the ban of mosques and minarets. In 2015, the Islam Act of 1912, which stood for a tolerant inclusion of Islam as a legally recognised religion, was changed.  In its place a discriminatory law was introduced that now differentiates between Muslims and the rest of the state-recognised churches and religious communities.

In 2017, the Integration Act introduced the full-face veil ban – just one more example of the drift to the right and the rise of illiberal democracy in Austria.

When the new Austrian government was inaugurated on December 18, 2017, there was no diplomatic boycott from the EU, and only a maximum of 10,000 people took to the streets. This means that racism has become normalised and anti-racism has declined.

But what will come of this new coalition between the FPO and the OVP?

In their 180-page-long government programme, the most significant aspect is that they will cut taxes for the well-heeled, while being tough on asylum seekers, the unemployed and the Muslim community.

They will, in particular, introduce more security measures. Although the government has confirmed that Austria is one of the most secure countries in the world, they will seek to assert and strengthen the state against its citizens by introducing a state-centrist and militarist notion of security.

In foreign policy issues, while the government clearly sticks by the European Union, they will work on the concept of a “Fortress Europe” by securing the outside borders of the EU and also by lobbying against accession of Turkey into the EU.

What is worrying to many observers and the opposition parties in particular, is the personnel from the FPO and OVP.

While many members of parliament are career politicians, many from the FPO are well known for their long record of racism.

Above all, the ministry of interior and defence are both in the hands of the FPO.

Both ministries are home to the three secret services of the Austrian state. The resulting experience from access to the state apparatus and influence within these organisations will worry many involved in politics and civil society who fear a backlash against the opposition.

In particular for politicians, the Social Democrats and the Liberals (NEOS) will have a tougher time. With the leftist Greens, which had always played a vital role in opposition politics not receiving enough votes to enter parliament, voices in the remaining weakened opposition will have a harder time.

In the meantime, the OVP and FPO have five years to prepare for state bureaucracy and introduce legislation that cements their power.

Opposition parties and civil society organisation will have to mobilise over the next few years to work against the continued spread of damaging rhetoric.  Working people and civil society groups will be essential in not only mobilising people to the ballot box but also pushing for changes in attitudes that will halt the continued spread of divisive rhetoric.